I come to generalize about an entire cohort of composers, based solely—sample size be damned—on the Boston Modern Orchestra Project’s May 17 concert at Jordan Hall.

Tell me, O Muse, of the generation of many devices, who wandered full many ways. I come to generalize about an entire cohort of composers, based solely—sample size be damned—on the Boston Modern Orchestra Project’s May 17 concert at Jordan Hall. A foolhardy and even dangerous venture, surely? Well, consider it, in part, payback for making me type “Gen OrcXstrated,” which is what BMOP named the program, a collision of letters that I am still not quite sure how to pronounce. (And, yes, I am fully cognizant of the irony of bitching about unorthodox orthography in a publication called NewMusicBox.) But also consider it—the generalization, not the orthography—a tribute to the curation by BMOP and Artistic Director Gil Rose, who came up with three pieces that managed to be both stylistically divergent and yet similar in enough crucial ways to make the venture worthwhile.
It should be mentioned, though, that the whole “Gen X” thing was a bit of a contrivance, given that the three composers programmed—Mason Bates (b. 1977), Huang Ruo (b. 1976), and Andrew Norman (b. 1979)—were all very much from the tail end of Generation X, and that Generation X itself—roughly defined as post-Baby Boom to 1980 or so—was always a pretty fishy confederation to begin with. It might be more useful, if only slightly, to define the concert’s composers in terms of the internet: the World Wide Web came online just as they were hitting adolescence. As it turns out, that makes for a more intriguing connection, maybe not as immediately apparent, but, in the end, more of a generational statement than birth date or musical vocabulary. 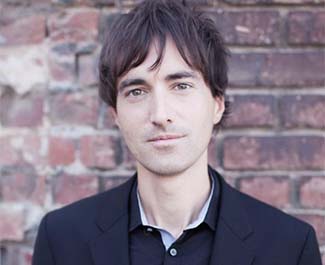 The communication was awfully fluent. All three pieces were full of what Rose and BMOP do best: color and energy. The performances combined go-for-broke commitment with a groovy confidence; the pieces themselves were never boring. (The audience, however, was surprisingly thin, a symptom, perhaps, of Boston’s annual end-of-term exodus.)

Bates’s 2011 Sea-Blue Circuitry—given its New England premiere—put a lot of computer technology imagery front and center. It’s multi-platform, to begin with: originally premiered as a wind ensemble piece, here performed in full and expertly tailored orchestral costume. The posited trajectory is machine-to-nature-to-machine—a middle slow movement takes as its inspiration “Marine Snow,” the slow descent of dead organic matter to the sea floor—but the whole thing felt pretty automated. I would guess that most people only casually familiar with the term “post-minimalism” would associate it with something like Sea-Blue Circuitry: bright, looping, triadically colored thumping rhythms, in which the thump is more important than the loop. Jazz and pop references were stylized into occasional blues-scale touches; a movie music sheen was omnipresent. 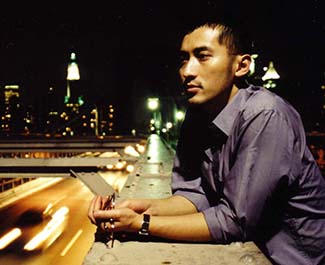 Huang’s Path of Echoes: Chamber Symphony No. 1 (from 2006, another Boston premiere) couldn’t have been more different, on the surface anyway. It’s a riot of effects and extended techniques: a movement of glissandi followed by a movement of repeated notes and tremolos, a long toccata for timpani (Craig McNutt) and metallic things (Robert Schulz) leading into a finale of parts, flute and clarinet detaching and whistling through their headstocks. The collection of sounds is meant to echo across sections, sometimes closely, sometimes distantly, but the feel was of a collage, a cut-up structure, the section-based orchestration—winds and strings each moving en masse, brass and percussion punching in highlights—organized as non-stop montage.

Norman’s Play, a world premiere, dwarfed the other two in length (a forty-five-minute expanse) and ambition. (The work is the culmination of Norman’s term as BMOP’s composer-in-residence.) The title and conceit refer to computer games—the piece’s movements are labeled “Level 1,” “Level 2,” and “Level 3”—but the actual games were both organizational and semiotic in nature. It’s a front-loaded piece: the first movement a fiercely dense scrum of ideas and signals then given more stretched-out treatment in the last two sections. One idea—a slapstick crack that turns on a furious solo from a back-bench string player—proved particularly important, both in seeding the work’s formal rules (percussion punctuation spurring a sudden change in texture or idea from the rest of the ensemble) and in the finale, in which the wedge structure of the third movement is reduced to a compound ascending-descending scale portioned out, note by note, by single string players across the orchestra. 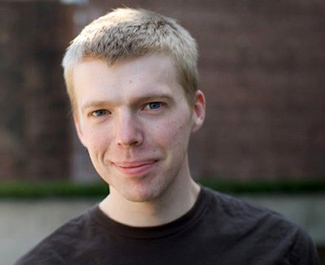 Play, for all its activity, is essentially ruminative; the first movement almost functions as a surfeit of climaxes to make up for the lack of such catharsis in the rest of the piece. “Level 2” emerged out of borderline pitch, tapped bows, fingers hammered on the fingerboard, brass players smacking their mouthpieces. It built up to an echo of the first movement (a save point, maybe), then got lost in the game: a tangle of wind counterpoint and a cloud of string glissandi, clicked on and off by the percussion. This settled into a very long string of elegiac string chords, bows inching ever closer to bridges, before another round of percussion Red Light/Green Light froze into a grand pause. “Level 3” started soft as well, with a host of those back-desk string solos, then embarked on another build, this time to a buzz of diatonic imitation (if the string chords of “Level 2” were like Morton Feldman rifling through Ralph Vaughan Williams’s effects, this came off as Aaron Copland on a caffeine bender), but, again, the music disintegrated into sparseness. The music seemed to embody something of digital life—crowded but empty. But it’s in the congruence with the other two works that one can hear just how much of its time Play really is.

So what are the common threads? In the first place, there’s not much melody. There’s melodic material, of course, but the lack of a really strong melodic theme among the works was notable. Bates came the closest, in the middle “Marine Snow” movement of Sea-Blue Circuitry, but what theme there was only assembled a couple of times, and what development there was consisted of disassembling it again, the better to slip back into the churn of rhythm. The rest was mainly the trading of two or three notes at a time, occasionally four. Play was similar—even when the wedge theme of the final movement emerged in extended, monophonic form, the feel was much more that of a concluding formal schematic than of a melodic line with a tension and release of its own. Path of Echoes had instances of melody—a short brass call in its central movement combined with the violins to make a divertingly woozy call to arms—but, tellingly, when it came back as an echo, it had been translated into semi-pitched percussion. It’s indicative of the continuing reign of musical process that started with serialism and continued through minimalism: the manipulation of the content is as important, if not more important, than the content itself. The long-line melodic foreground is gone; the quick-fire interplay of melodic cells is prevalent.

That kind of local interaction stretched and manipulated into chunks of music speaks to what seems a strong influence on all the music: that of the soundtrack, be it film, television, or video game. It’s not so much the style—though Sea-Blue Circuitry definitely displays a certain John Williams tinta—but rather the construction: a given musical mood filling up a given stretch of time. In every piece, the sense of boxes, of solid-color shapes, of timestamps was strong. The large-scale organization is by block and module.

Combine those two features—the atomization of melody and the modular approach to musical time—and there’s an implication about form that really gets at how the pieces all work. The formal surface of all three pieces tends toward simple trajectories, one texture gradually giving way to another texture, sometimes by incremental change, more often by a crescendo-decrescendo of cross-cutting. All musical forms do something like this, but the difference is in the amount of dramatic space required. Compare good old sonata-allegro form, for instance: because the formal components are self-contained themes and (relatively, at least) closely related tonal centers, the formal dialectic can play out over a much more circumscribed space and style—long-line melodies, for instance, can be easily distinguished from each other even without a lot of variation in mood, speed, or tonality. But if the melodic material remains largely at the cell level, the larger units, the ones that will act out the dialectic, need more variation to be perceived as formal components.  In order for their formal ideas to unfold in an intelligible way, the blocks that Bates, Huang, and Norman build up out of fragments—the segments of time they fill up—have to be highly contrasted. Which they are: in all three pieces, the contrasts were stark: fast and slow, bright and dark, loud and soft, dense and sparse, active and static.
And, suddenly, there it is: life in the early 21st century—in which the act of filling ever-longer stretches of time with ever-smaller bits of information creates ever-greater polarization. That is a shift in the discourse, one more significant than styles or schools or generational demographics. For all their variance, both within and without, the three composers on Friday’s concert, wittingly or not, have taken that shift and made music out of it. It’s music for a world of blocks and divisions, of memes and samples, of the machinery of spin centrifugating to extremes. It’s the soundtrack of a society that never makes it home, but instead just keeps sailing back and forth between Scylla and Charybdis.