New England’s Prospect: May All Your Christmases Be Weird

Thank baby Jesus for Weirdo Records. And not just for the Monday concert series (called, unsentimentally, “The Series on Mondays”), although the December 16 installment was the occasion for this particular redemption. An unusually paltry three-person audience—Sawyer, Michael Rosenstein (another Boston-area modular synth guru), and an interloper, me—was transformed by the tight quarters into something respectable; the music made its own multitude. 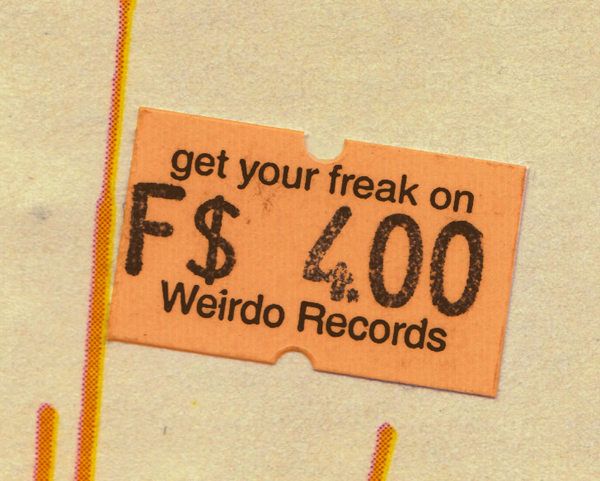 About the time the hip-hop cover of “Silent Night” that I heard over a store’s PA system sent me scurrying not for SoundHound, as it would have in years past, but rather for the exit, I realized that I was deep in holiday malaise. It was shaping up to be a dispiriting slog through December. Christmas was in trouble. So thank baby Jesus for Weirdo Records. And not just for the Monday concert series (called, unsentimentally, “The Series on Mondays”), although the December 16 installment was the occasion for this particular redemption. The place itself is a source of energizing, if off-the-wall, wonder.

Since 2009, when Angela Sawyer moved her online record-selling operation to a small, agreeably crowded storefront space in Cambridge’s Central Square, Weirdo Records has been an epicenter of noisemakers, musique concrète collectors, cult connoisseurs, found-sound aficionados, Fluxus progeny, circuit benders, and general musical crazies for the entire Boston area. The selection is a tribute to the virtues of browsing: I like to pride myself on my knowledge of off-the-radar rarities, but scanning these shelves is a wonderfully humbling and enlightening experience. 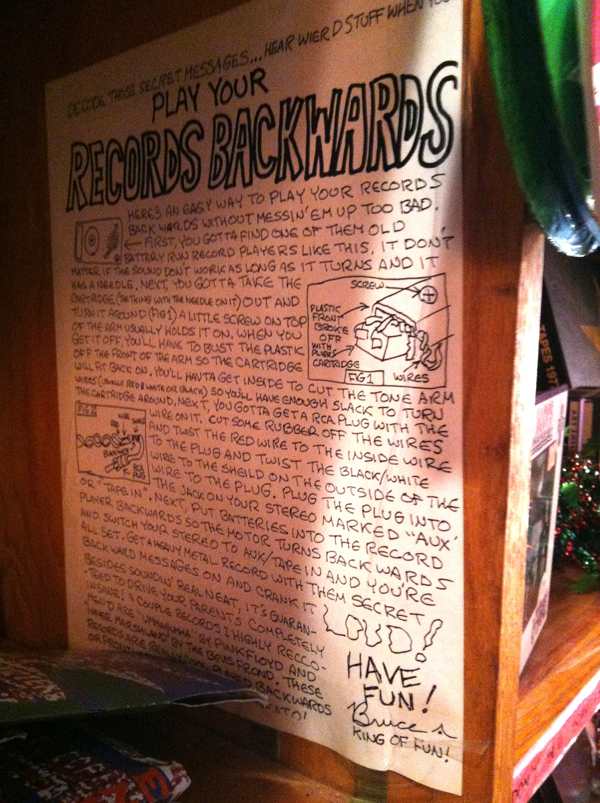 Sawyer, herself a performer—as a solo artist, and as a member of Duck That!, Exusamwa, Pretty Peggy and the Lazy Babymakers, and other provocations—opens up the space to other adventurers every Monday. Usually one artist will curate a month’s worth of concerts, which often means showcasing long-standing collaborations. December’s shows were organized by—and around—Boston-based synth adept Peter Gumaskas; last Monday was an improvisation by Gumaskas and Jesse Cousineau, two-thirds of the group Triode. Even a duo made for a crowded stage in the space; display fixtures pushed up against the walls, patch cords hung from stacks of LPs. And even an unusually paltry three-person audience—Sawyer, Michael Rosenstein (another Boston-area modular synth guru), and an interloper, me—was transformed by the tight quarters into something respectable. And, anyway, the music made its own multitude.

The medium was electronic, but, compared to current digital practice, the means were almost pointedly corporeal: Jesse Cousineau seated among an old Roland Alpha Juno and a briefcase full of crosslinked effects pedals, Gumaskas kneeling before a magnificent home-built analog synthesizer. (Gumaskas’s is the type of machine that can, depending on one’s personal history, make one realize how pleasantly Proustian the sound of a fan-cooled power transformer can be.) It was the sort of set-up in which persnicketiness and unpredictability are as much a feature as a bug—another layer of moment-to-moment inspiration for the improvising musician.

Tools like that can often find their home at the line between music and sound art, but this performance was eminently musical—and not just because the feedback loops and oscillators tended to hang around the lower, diatonic-analogue neighborhood of the harmonic spectrum. Gumaskas and Cousineau have a sensibility and a knack for textures in constant, slow-sweeping motion, the transitions enticingly gradual and smooth. Again and again, the pair would build to a wall-of-sound climax, then pull back to something more transparent without letting the musical drama collapse. At one point, a thick, redolent stack of noise, saturated with seventh partials, suddenly gave way to a distant metallic wash dotted with cricket-like chirps, a decidedly, ravishingly symphonic effect.

The performance lasted for maybe a half-hour, and seemed shorter, culminating with a fade-out of enough delicacy that Gumaskas finally reassured everyone that, yes, the show was over. Performers and listeners—augmented by another local maven, Reed Lappin of In Your Ear! records, who snuck in halfway through—gathered to talk shop. I, the outsider, paid for some finds (Luc Ferrari! The Stark Reality Discovers Hoagy Carmichael’s Music Shop!). I headed out into the night, where the holiday lights had somehow reacquired their disposable but effervescent charm.