Melford has been honored with the award “for her ascending and expansive trajectory, and great, generous musical mind.” 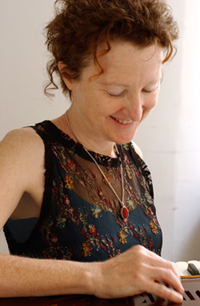 Myra Melford has been named one of five 2012 winners of the 18th annual Alpert Award in the Arts. The award, which “recognizes past performance and future promise,” includes a prize of $75,000. In addition to Melford, the 2012 winners are Nora Chipaumire (dance), Eisa Davis (theatre), Kevin Everson, (film/video), and Michael Smith (visual arts).

Herb Alpert, the legendary musician and artist who created the Herb Alpert Foundation with his wife Lani Hall and gave the first Alpert Award in the Arts in 1995, says, “All of this year’s winners represent the essence of the Alpert Award. They take aesthetic, intellectual and political risks, and challenge worn-out conventions. They’re unafraid of the unknown.”

According to Irene Borger, director of the Alpert Award in the Arts, Melford has been honored with the award “for her ascending and expansive trajectory, and great, generous musical mind. They celebrate her willingness to dive into the deep end of the pool and her ability to take multiple musical traditions into another sphere.”

The Alpert Award in the Arts recipients will receive their awards at a brunch today at the Herb Alpert Foundation in Santa Monica.