My Neck, My Back: Composing through PTSD and Chronic Pain

A composer ventures into deeply personal territory, sharing her unique experience of sound, color, trauma, and the body.

Welcome to day three of our Mental Health & Musical Creativity series. For an introduction to the series, start here. To read Marcos Balter’s interview on anxiety and compositional pressures, go here.

Jenny Olivia Johnson‘s gorgeous new essay needs no introduction. Jenny has ventured into deeply personal territory, sharing her unique experience of sound, color, trauma, and the body. May we allow the mystery of this essay to remain, just as it is. Thanks for your generosity, Jenny. — E.M.

“Physical pain has no voice, but when it at last finds a voice, it begins to tell a story.”

“When one hears about another person’s physical pain, the events happening within the interior of that person’s body may seem to have the remote character of some deep subterranean fact, belonging to an invisible geography that, however portentous, has no reality because it has not yet manifested itself on the visible surface of the earth.”

—Elaine Scarry, The Body in Pain: The Making and Unmaking of the World 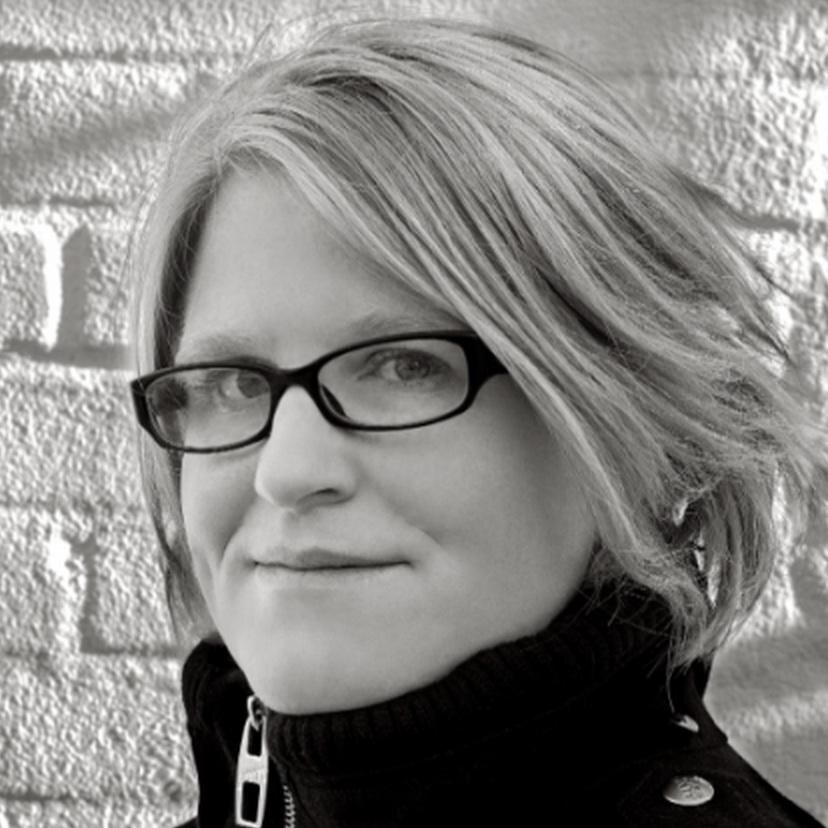 Start with my lower back. The pain I experience there is constant, a squirming spiral, sometimes teal in color, sometimes yellow, sometimes red; sometimes screaming, sometimes a low moan, always muffled, never clear. This is not a region I have yet learned how to listen to sonically, to tap into for musical inspiration. My back is my Mount Everest. Perhaps someday I will be able to scale and climb and probe its interiors and listen to its hollow, haunted songs, and ventriloquize them into compositions. For now, it’s a no-fly zone, off limits even to me; I am told by my body simply to protect it, like a sealed Pandora’s box, and be sure not to drop it or throw it out or otherwise disturb its private sanctuary between my lumbar spine and pelvis.

Move next to my chest, another yellow space. This is where I have learned to store most of my direct emotional pain, in the form of physical tightness and racing heart. This is the space from which many of the louder, more bombastic compositions I have written were born. My chest is a place I look to when I need some music that will rattle bones and puncture ears. Music that screams, especially when I feel I cannot.

From there, my throat. In this aqua-marine cylinder, slick with liquid choking sobs, I have stored memories of stifling tears, because the physical memories of things I have experienced elsewhere, in regions below my spine, were ones that I did not (and maybe do not still) have language for. The pieces that I have made from the aqua cylinder of my throat are often extended, lyrical, sliding, connected, sostenuto and quiet; emotive and pretty and unoffensive; all the things I was supposed to be even when my chest and back were screaming at me otherwise. It’s not my favorite music that I have written.

Finally, my amygdala: what I imagine to be a squishy purple bean, lodged but quaking like an active volcano between the tan mattresses of my subcortex, pulsating with red cartoonish lines indicative of movement. This is a space consistently flowing over with adrenaline, fight or flight, a liquid-solid hybrid activated on high crimson alert at all times. I don’t produce much music from this space. Instead, these curved and pliable hallways offer me words and language and scholarly sentences about traumatic experiences, somatic emotional memories, and the unique and terrifying ways that music can call them forth. These sentences, however, are often as repetitive and hypnotic as my music.

All of my work interconnects deeply around themes of remembering trauma and pain. I have come to realize that the way I conceptualize memory in both my music and my scholarship is according to a language of the body—a vessel that, when in pain, often has no language, as Elaine Scarry elegantly posits. Trying to describe physical and emotional pain often leaves people tongue-tied, and it has become something of a truism that music, which might “transcend” or side-step the specificity of language, has greater potential to express the pains of the body as experienced on emotional and physical registers.

Music also—as has long interested me—seems to have the potential to call forth and articulate pains of the body whose origins are intensely emotional but largely mysterious. This is a category of experience well-known to many survivors of childhood sexual abuse, for instance, who often—as Judith Herman has written in Trauma and Recovery—remember what happened to them as acute physical sensations with no accompanying details. 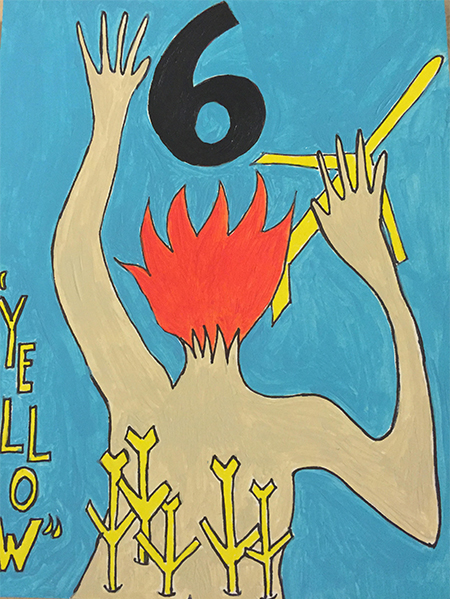 A tarot card cartoon by the author, reimagining the 6 of Swords.

I have written several articles about sexual abuse survivors who experience mysterious physical sensations when they hear certain songs or sounds. Some of them know instinctively that these physical sensations are “memories” of having been abused, even when the material or temporal realities of these experiences remain shrouded in doubt, or evacuated of detail. I have approached the sounds and songs that call these physical experiences forth by considering the possibility that the sound had perhaps been present in the background of the abusive event, or—on a more musicological level—could perhaps contain sonic details that semiotically indicate the kinds of physical sensations these survivors’ bodies had experienced while abused, such as moaning or sighing voices, trembling, wet-sounding strings or synthesizers, whispering breaths, or relentless, sexual bass patterns. I have posited that these sounds, regardless of how they were able to conjure a particular survivor’s physical memories, were able to “witness” and “testify” to what had happened, even when the person who inhabited the body could not. I have attempted to account for these survivors’ experiences by comparing them to the phenomenon of sound-sensation synaesthesia, in which music triggers an immediate and involuntary sensation within another sense-modality, such as a G major chord appearing orange, or a low E on a distorted guitar smelling like gasoline. My turn to an essentially neurological category of experience to attempt to explain an emotional somatic response to music was driven by my desire to posit that music itself—a physical phenomenon which disrupts air molecules and vibrates bodies—might traffic in the same kind of language as a human body responding to the stressors of its environment: tightening, loosening, storing, and motivically remembering the specific kinds of motion that certain emotional or physical experiences inspire, and connecting those movements to an intricate narrative history.

My own narrative history, as I explored above, can be traced within the curves and hollows and tissues of my body. I can attempt to explain it to you in words, and these words might be intriguing or curious, but ultimately I will feel as though I am explaining how sunshine feels on my face to someone who lives on Neptune. I believe it is for this reason that I became a composer: when I first encountered music, I realized it was a language that could not only communicate directly with my body’s pain, but could also—if I too could learn to speak it—allow me to unravel secrets my body has kept from me.

E major is a painful ocean blue, A-flat major is a rich red key of love, E-flat minor is a warning stormy cobalt, G major is a balmy orange sun. These keys have opened a conduit of information between myself and my body. Once upon a time, as a small child, I lived in a sunny place near a beach and experienced something I have carried with me ever since. It’s a narrative I am still grappling with and unraveling, a labor I can only begin to achieve through composition, through communion with the sounds that know my body. In that sense, my practice of composing music is a physical discipline, a daily regimen of managing and hopefully one day overcoming inexplicable pain.