This might be one of the meanings of Picasso’s famous utterance, that “Art is a lie that leads to the Truth”—that in order to express the essential we must commit occasional (or even very grave) sins against our primary perceptions; or rather, we must (momentarily) abandon the confines of consensus reality in order to uncover the deeper reality underneath. 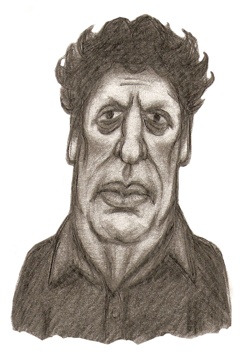 I trust that everyone is at least somewhat familiar with that branch of portrait art known as caricature, which captures the essence of a person despite gross distortions of every part; this apparent paradox is what generates much of the awe and attention that a good street-caricaturist can command.

Our society has become so used to a way of understanding things as a sum of their parts—as a kind of machine, for doing something—that we are alternately surprised, puzzled, and delighted to discover that similarity is not essential for likeness. A good caricaturist knows how to see through the aggregate of individual details to what some might term the spirit of a person, or perhaps the fullness of their identity which transcends the particulate and remains instantly recognizable.

This might be one of the meanings of Picasso’s famous utterance, that “Art is a lie that leads to the Truth”—that in order to express the essential we must commit occasional (or even very grave) sins against our primary perceptions; or rather, we must (momentarily) abandon the confines of consensus reality in order to uncover the deeper reality underneath. 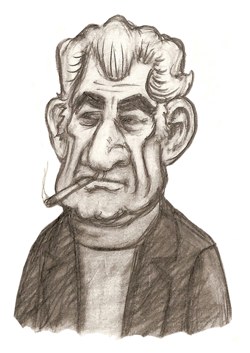 The musical literature abounds with examples of musical caricature, most obviously in the wide realm of piano miniatures and so-called “character pieces”. Mussorgsky’s Pictures at an Exhibition, Schumann’s Carnaval, and the Nocturnes of Chopin and John Field are just the tip of a very large iceberg in the sea of piano literature. Other nineteenth-century work such as The Carnival of the Animals caricatured individual species of animals, while in the twentieth century Bartok’s Mikrokosmos and Crumb’s Makrokosmos herald a different breed of character piece, one that is free to remain captionless.

Musical caricatures reveal, above all, the image of a particular time and place, either as Cowell’s The Tides of Manaunaun does or as some of Webern’s piano miniatures do through more abstract exploration of a particular psychological and aural space. They may lie in their particulars but still convey a deep truth. I think of Debussy’s La Soirée dans Grenade and the fact that the composer had never really been to Spain, in particular; there’s literally no way that Debussy’s composition can be said to reflect actual experience, yet through a kind of peripheral understanding he managed to distill the air of Spanish-ness that was in the air (and all the rage in France).

Today, composer David Rakowski is breaking new ground with a series of piano pieces that are just as much etudes as they are character pieces in their own right—to my ear, Rakowski is meditating (though rarely meditative in mood!) on the soul of his materials even as he explores the tradition and meaning of the term “etude”. The resulting piano works are quirky, joyful, and highly successful at unfolding from the character of their particular material or obsession.

That’s why I have an affection for musical caricatures, even the saccharine novelty hits of orchestra pops favorite Leroy Anderson: they remind us just how stubbornly particular and special each piece of music—and indeed, each listening experience—really is. 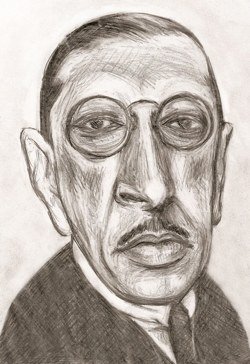