Music for Angelenos, by Angelenos

This Tuesday, the Los Angeles Philharmonic finally took the leap and programmed a concert of works all by Los Angeles composers—Sean Friar, Julia Holter, Andrew McIntosh, and Andrew Norman. It was an extremely eclectic program that showcased the range and depth of talent here. 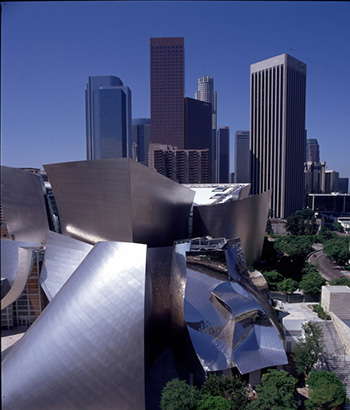 This Tuesday, the Los Angeles Philharmonic finally took the leap and programmed a concert of works all by Los Angeles composers—Sean Friar, Julia Holter, Andrew McIntosh, and Andrew Norman. Composer John Adams, who conducted most of the concert, had a hand in selecting these pieces, and to his credit, it was an extremely eclectic program that showcased the range and depth of talent here.

Sean Friar’s Little Green Pop, originally written for Ensemble Klang, began with a series of poignant, resonant chords before breaking them apart, rendering them into more capricious, pointillistic textures meant to invoke the popular music of imaginary aliens. Inexplicably, at this concert the piece was drenched in artificial reverb, which turned some of the piece’s extremely compelling, dense rhythmic interaction into a wash. But fortunately, this didn’t manage to bury the music’s obvious charm and wit.

The reverb continued throughout Julia Holter’s haunting Memory Drew Her Portrait, though here it was justified, even necessary. This piece was more concerned with setting a mood than creating a trajectory, with long, enigmatic pauses between phrases. Holter set and sang her own text, an evocative poem about separated lovers, inspired by the letters of medieval composer Guillaume de Machaut. The influence of early music was also readily apparent in the restrained harmonic language of the ensemble, making the barest hints of chromaticism feel extremely powerful. Modernity creeped into Holter’s vocal style too, which was somewhere between the pure tone of early opera and the more colloquial, speech-like character of a pop singer.

After intermission, Andrew McIntosh’s Etude IV seemed to strip music down even further to its barest components. Arranged for two clarinets (James Sullivan and Brian Walsh) and violin (Mark Menzies), the piece consisted of slowly shifting patterns of just intonation intervals. The unadorned austerity of this piece made it challenging for some concertgoers, but I found it riveting after losing myself in the pattern of subtle harmonic changes.

The finale, Andrew Norman’s Try, proved to be bracing and invigorating after the relative tranquility of the rest of the concert. The piece begins with what almost sounds like a mistake, a fragment of a piano arpeggio, before exploding into a relentless flurry of ideas from the rest of the ensemble. The orchestration is dazzling, with each gesture so distinct that even brief moments are instantly recognizable when they recur. Adams seemed most in his element here as a conductor, and for the first time on the program I could see a direct connection to his music. The bouncy rhythmic interplay and flashes of orchestrational color reminded me a bit of Adams’s Son of Chamber Symphony, though Norman’s harmonies and timbres are a lot pricklier.
Norman has a few more radical ideas, too. After a furious climactic moment where you’d expect a John Adams piece to end, the piece returns to the initial piano arpeggio, which becomes a descending broken chord that is reiterated over and over, with slight variations. This revealed what the piece was about—having the courage to be wrong while having the patience to get it right.
I’m trying to decide if this program makes a statement about LA composers as a whole, or if there’s any particular aesthetic bent that can be detected. I don’t quite think so, though the progression suggested a narrative of sorts, a metacomposition that tried on a few different versions of minimalism, briefly erupted in a maximalist outburst, then returned to introspection and calm. There was also a kind of shared indifference to formal convention. All the pieces had at least moments of deliberate meandering, taking their time, refusing to be hurried. Only Andrew Norman’s work seemed tightly structured at first, before thumbing its nose at structure at the very end.

Maybe this expansiveness is Californian after all. The vast imagination on display, if nothing else, was certainly a testament to this.