Music Criticism is Broken and It’s All Your Fault

Whether you’re a composer or a musician or an enthusiast, I know you’re probably pressed for time, but chances are your perspective is not being represented. If you don’t share it, who will?

One of my first composition teachers, Evan Chambers, made it a point to tell his students that learning how to talk about music was almost as important—and in some ways as important—as learning how to write music. At the time he said it, I believe he meant that verbalizing was a valuable compositional aid that gave shape and purpose to amorphous ideas. But in the intervening years, that thought has grown and taken on new and broader meanings for me. When composers and musicians don’t speak, we allow others to direct the discourse and determine the ways our music is contextualized and appreciated.

This isn’t necessarily a bad thing; music’s protean ability to accumulate new meanings is a large part of its enduring fascination and vitality. But it’s worth looking at just who is speaking and exactly what they’re saying. Historically, it’s generally established music critics doing this work, and the relationship between artists and critics is often fraught.

Most of the time this is background radiation, but it becomes painfully apparent whenever a critic does something especially cringeworthy, as when Norman Lebrecht expresses his disdain for “Afro-American” music, or when Rupert Christiansen makes nasty comments about soprano Tara Erraught’s weight, or when Mark Swed ruminates on the length of pianist Yuja Wang’s dress, to name a few instances. Some of these are worse than others (I feel a little bad for lumping Swed’s thoughtful essay in with the other two), but I bring them up to show that these aren’t isolated incidents; they are part of a continuing trend. 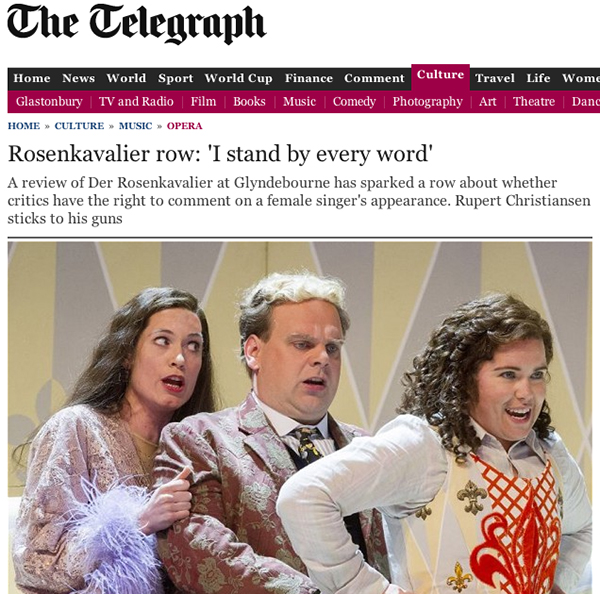 The flip side is that these comments tend to generate a lot of discussion that crystallizes public attention around these issues. This is a fairly new thing, with the pace of the back-and-forth greatly accelerated by the internet and where more voices can participate. I find this kind of metacriticism—writing about writing!—to be immensely valuable, with the potential to actually shift attitudes in the long term.

But what does it say about the current state of criticism when the discussion of reviews is arguably more vital than the reviews themselves? It points to something deeply broken and dysfunctional about the current model.

Fundamentally, while the individual gaffes are easy to point out, I believe these problems are systemic. Between the decline in newspaper readership and shifts in culture, the number of classical music critics has undoubtedly dwindled in recent years, but as their ranks have shrunk, their perceived power within the community has remained constant, or even increased. Arguably, the internet is now more relevant than print media, but because new music banks on prestige instead of mass popularity, it still relies on old media to endorse and legitimize it. A good review from a major publication is still a rare and coveted thing, not just for the publicity it provides, but for the cachet it confers. Reviews are capable of canonizing or anointing artists in a way that is difficult if not impossible to achieve through other means. 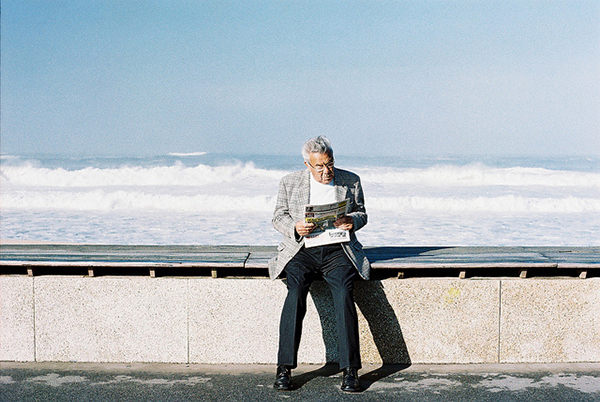 This places far, far too much responsibility on the vanishingly small number of active critics working today, and it can create an atmosphere of mutual resentment. The easy answer to this, which is maybe a facile answer, is that more people should be writing about new music, including and especially practitioners of new music. This idea has its share of detractors. A great number of words have been spilled on the virtues and drawbacks of the composer as critic, with the objectivity of composers often coming under fire. Interestingly, this is something Christiansen also invoked when called out for his invective. His comments about Tara Erraught’s appearance were made in the name of “disinterested criticism,” or so he claims—never mind that similar verbiage about male singers had never graced his column. The lesson is clear: objectivity doesn’t matter as much as having a veneer of plausible deniability.

Speaking from experience as a double agent of sorts, this impression of objectivity can be quite challenging for a writer-composer to maintain. I’ll give one example. I recently went to a concert that featured some works by friends and colleagues, and a few works by composers unknown to me. I thoroughly enjoyed all the works by the composers I knew, and disliked everything else on the program. I was reasonably certain that I would have made the same exact aesthetic judgement if everyone was a stranger to me, but I knew on the drive home that I could not possibly write about the concert. If I did so honestly, it would look terribly partisan, and dishonesty was of course out of the question.

Perhaps this is why critics so often employ the idea of “disinterested criticism” as a shield when they are accused of being unnecessarily vindictive, petty, or cruel. Like Fox News’s “fair and balanced” slogan, it doesn’t really denote a commitment to objectivity, but it offers a disingenuous way to continue to be partisan while pretending not to be. Things would be better, maybe, if we were open about our inevitable allegiances. Or as Kyle Gann puts it: “Critics have agendas, or any interesting critic does, and given enough column inches, those agendas emerge.”

All of this indicates to me that concert reviews and album reviews, traditionally the bread and butter of music criticism, should play a much, much smaller role than they currently do. I will stop short of calling them obsolete, since they seem to still be obligatory. But I look forward to a hypothetical future where they are just a tiny part of a vast landscape of compelling music writing.

A fair and obvious follow-up question would be: okay, smartypants, if not reviews then what? Short answer: I don’t know. Long answer: Anything at all. I don’t know what can or should replace or supplement reviews, but this should be an era of experimentation in writing about new music, at least until we figure out what sticks. Traditional media outlets typically have style guidelines and space limitations that are not ideally suited for putting new music in context. (Swed’s reviews for the LA Times are often preceded by lengthy history lectures, leaving little room for discussion of the actual concerts themselves.) But blogs and most online publications are not bound by these same conventions.

Ted Gioia has complained that pop music journalism has degenerated into “lifestyle reporting,” divorced from musical content and musical knowledge, but I honestly think that new music journalism could use a little more lifestyle reporting. I don’t mean that we should be more sensationalist, but we should be better about conveying the fact that new music is the product of individuals with a wide range of personalities and quirks and challenges, and most of these people are not dead. I’m thinking of something like video game journalist Cara Ellison’s EMBED WITH GAMES series of articles. For each article, she travels to stay with “a different important game auteur of our times [to] write about their life, the culture that influences their games’ work, and look at how their immediate environment affects their outlook and design philosophy.” The result is intensely personal and illuminating, and unlike anything I’ve ever encountered in writing about new music, which is often dry and impersonal. 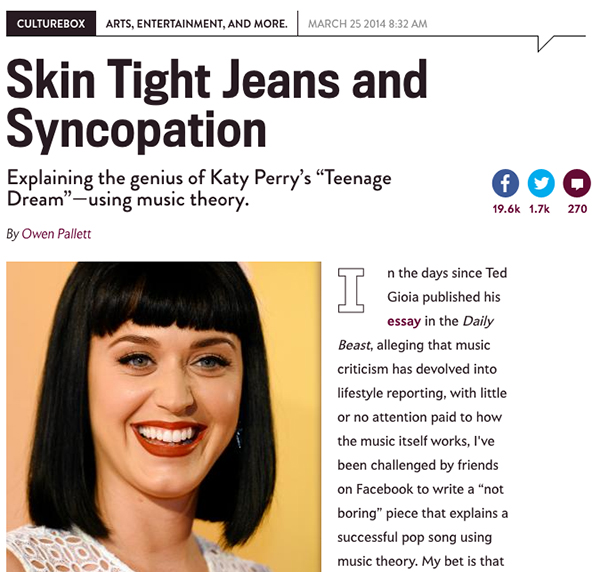 At the same time I think Gioia is a little bit right, and we could do with more substantive writing about musical content as well. Written in response to Gioia’s call to arms, Owen Pallett’s semi-satirical pop music theory articles weren’t perfect, but they were interesting, and generated surprising enthusiasm for music theory outside of the typical audience for such things. Clearly, there’s a great hunger for musical insight out there, but outside of academic journals written for a specialist audience, there isn’t much writing about new music that actually satisfies this craving.

A final pertinent question might be: okay then, who will write these fancy hypothetical things? If you’ve read this far then the answer is you. I’m serious about this. Whether you’re a composer or a musician or an enthusiast, I know you’re probably pressed for time and that you are being asked to take on an increasingly overwhelming number of duties. But chances are your perspective is not being represented, and if you don’t share it, who will? Sure, talking about music, like dancing about architecture, is patently absurd. But at least for now, it seems to be a necessity.