Music and a Sense of Place

A sense of place can be the impetus for a piece, motion can be the catalyst.  Sometimes a place can affect the music more indirectly.

Have you ever been arrested by sound—music, a bird call or even a siren?  You might even notice, in an Ivesian sort of way, the polymetric pulse of a city or the rhythm of footsteps on the stairs (and their canon with your own). These rhythms say something about the life that created them. How different they’d be in Bali.

A sense of place can be the impetus for a piece, motion can be the catalyst.  Beethoven often took long walks, I imagine both to clear his head and to stir his thoughts.  When I walk down the streets of New York City, I’ll sometimes find myself humming a bass line vamp that accompanies my pace and mood. It’s unconscious at first.  The soundscape around me fits on this grid, often in syncopated counterpoint.  The movement suggests music by its weight, duration, tempo, direction and rhythmic patterns. Everything is part of the music.

I think of those times when we harmonize with our urban environment as “citi-zen” and earlier this year I wrote a piece for electric guitar, electric bass, drum kit and a pre-recorded audio track titled Citi-zen.

The recording that accompanies the piece is my vocal improv with the New York City night, vamping and riffing into my phone’s recording app as I walk down Broadway at a tempo of about 100 to the quarter note, responding to the sounds I hear around me. In the course of my walk, a bus whooshes by, a dog yaps, sirens wail, there’s theater talk, a trumpet plays across the street.  Live instruments play along in a game of hide and seek/cover and reveal. The recording is unedited; I wanted it to express a natural occurrence, the polymetric counterpoint of life.

The recording gave me the form of the piece.  I wanted to do a five-minute piece, and so I stopped recording when the time was up. But I felt it needed something more, so I started recording again for another minute. Near the end of that coda a woman shouts, “It’s a full moon!”  That was the ending I needed!  It happened to have been October 4, the Harvest Moon, 10-4, the old ham radio code for “got it!”  I welcome the random occurrence, the synchronicity, improvising with life, making the best of what’s come before as best I can.

My current work in progress is The Universe of Grand Central for any solo instrument and a two-minute cellphone video with improvised commentary, filmed during “off-peak” hours in Grand Central Station.  A solo instrumentalist plays along with the video. We begin with a view of the ceiling, the cosmos in all its astrological glory.  Following the arching windows, the viewer descends into the hall and its inhabitants, and follows them in their crossings through the Grand Hall, their individuality more pronounced in this quiet hour, after the herds have already passed. 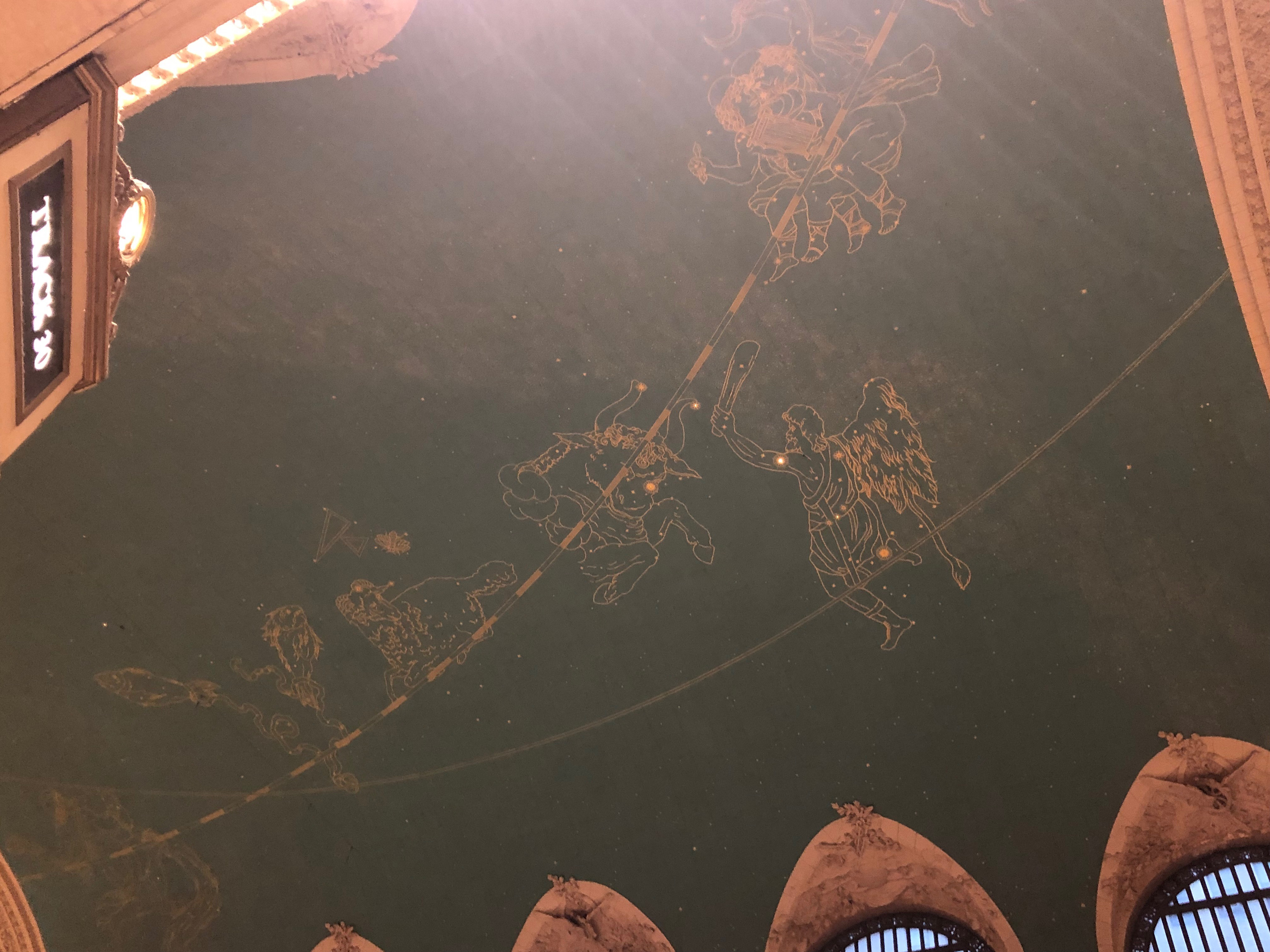 Sometimes a place can affect the music more indirectly.  I lived for a time in the mountains of Northern California.  The wide open spaces and majestic beauty filled me with a sense of reverence. The “emptiness” of the wilderness provoked a fullness, the stillness roused my inner life.  As I wrote, I looked to the mountains. Did the music ring true?  Sympathetic vibrations between saxophone and piano evoke this resonance.

Sometimes a place can affect music more indirectly and the desire to remember the feeling of a place can also be a catalyst.

The desire to remember the feeling of a place can also be a catalyst. The Beauty Way for soprano, tenor, and bass viols (2009) is inspired by my residency at the Wurlitzer Foundation in Taos, New Mexico.  In Taos, 8000 feet above sea level, closer to the heavens, I observed the mercurial play of light and shadow and experienced a sense of wonder that I never wanted to forget. Time slowed down. I was off the clock; there was only morning, afternoon, and night.  I was in the Timeless Zone.

I was fascinated by the place. It’s a cultural crossroads of Native American, Mexican, and Spanish influences, and then in the 20th century, the artists colonized it. 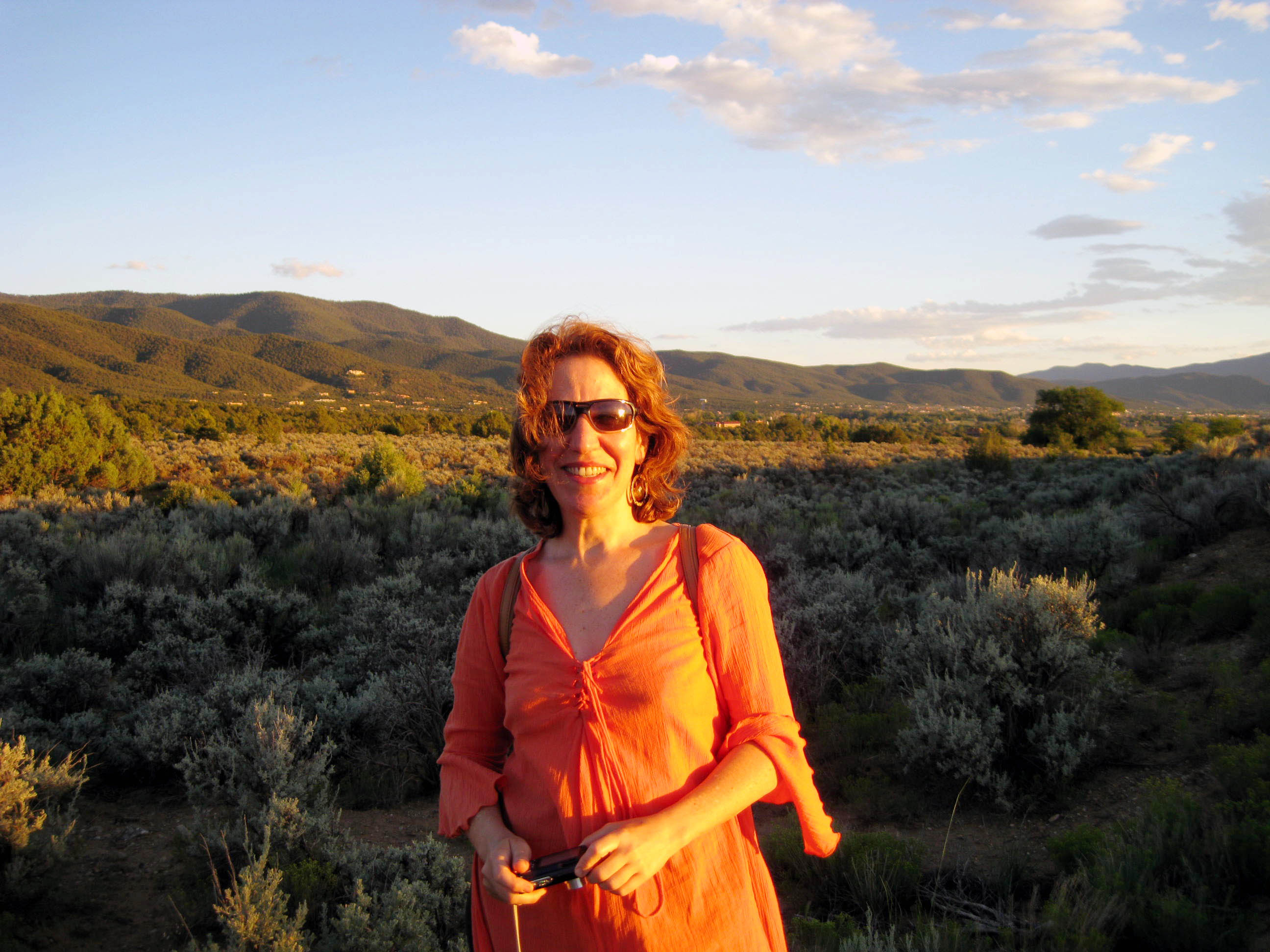 There, for the first time, I had the opportunity to walk on one of the few places in the United States that is still nominally acknowledged as “Native” land, and which is also completely off the electric grid.  With beauty all around me, a Navajo blessing came to mind.  You may have heard it.

Now I Walk In Beauty

Returning to New York City was culture shock at first. Walking through crowded Harlem streets, I could envelop myself in the aura of those summer walks by singing the Navajo tune.  I was soon discovered. Through the sirens and screeching cars, I heard a man singing a gospel version of “This Little Light of Mine.” We smiled at each other, each continuing our song.  Integrating these experiences (and these tunes) became the impetus for the piece.

I later found that the beauty way is described as a feeling of joy, bliss, and safety, a state of grace.  There are no battles with people, nature, or our own nature. It recognizes those times when we are in harmony with all that is.

The Native melody is very similar to the traditional English round, Hey Ho Nobody Home, and I wondered if these tunes had ever met and influenced each other.  It seemed interesting that the words of the two songs seem to be opposites and represent a positive and negative aspect.

The Beauty Way is in rondo form. It begins with the original Navajo tune in canon. The B section is a fantasy on the original material that leads to a darker aspect and the return of the Beauty theme in combination with Hey Ho Nobody Home.  Next, again, there is a development section, but this time it leads to a more positive aspect, culminating when the Beauty theme returns, this time in combination with This Little Light of Mine.  The goal of the piece is to establish the feeling of the beauty way, to fall out of harmony and to find the way back.