Violinist Miranda Cuckson embraces even the sharpest, most unapproachable-seeming pieces, conveying the music with such palpable control and insight that it’s as if she’s holding the door into these worlds open for the audience.

Despite the remarkable breadth and diversity of violinist Miranda Cuckson’s repertoire list, there is a reliable theme that emerges when it comes to reactions to her playing: music critics and fans tend to note how comfortably she embraces even the sharpest, most unapproachable-seeming pieces, conveying the music with such palpable control and insight that it’s as if she’s holding the door into these worlds open for the audience.

Frankly, it’s the impression I carry as well, particularly after I heard her perform an all-Ralph Shapey program in Chicago in 2013. When work is at its most forbidding, she grabs the flashlight that is her skill and artistry and leads the way through. 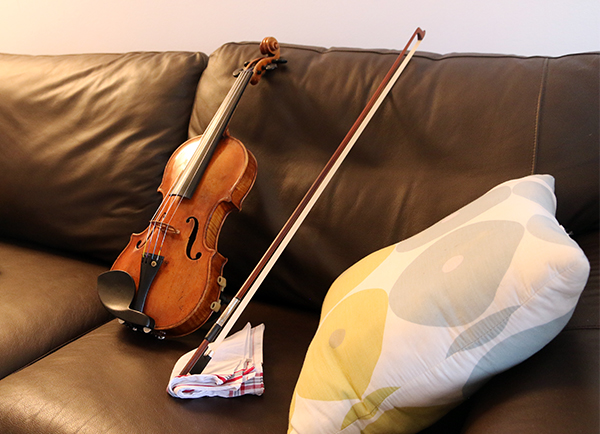 Cuckson’s extensive Juilliard training—from age 9 through her Ph.D—steeped her in a broad array of repertoire, but she discovered a particular affinity for new and often challenging pieces. “One reason that I’ve done well at this kind of thing is that I absorb quickly unfamiliar music, so being handed scores and [being told], ‘Play this,’ I’m able to do,” she acknowledges, laughing. “So I’ve found myself getting work.”

And while she’s more interested in music that has something “really vivid” to say rather than difficulty for difficulty’s sake, she admits that there is something attractive about the puzzle.

“I do enjoy music that presents something for me to really figure out, both in terms of understanding the music itself and how I’m going to play it on my instrument and what I want to convey with it,” she explains. “You feel like there are layers that you go through and certain things that, once you’ve absorbed them, become more ingrained in how you’re doing it. Then you can go further into another aspect of it or another level of it. It’s rewarding to work that way.”

Work, you quickly get the impression, is not something Cuckson has ever been one to shy away from. In addition to keeping up with her busy performance schedule of solo and chamber repertoire, she is an active recording artist and is also the artistic director of the ensemble Nunc. Plus, she writes about music as well, often penning her own program notes. 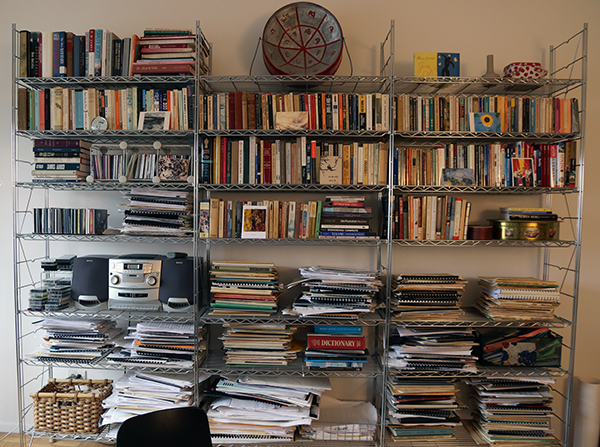 So far, however, for as much as she values her role as an engaged and intellectually curious collaborator, she hasn’t felt the urge to compose new work herself.

But I feel strongly about what I do as an interpreter. It’s both putting all my imagination and hopefully perceptiveness and insight into the music, and skill and all that, but also being a great collaborator with the composers—whether they’re not around anymore so I have to figure that out, or with the people who can actually talk and work with me. There’s a kind of alchemy that goes on, and it’s one of the more mysterious things, music and the melding that goes on between artists’ personalities in performance: the composer’s vision and what they were feeling and the performers and their own personalities and how these things come together.

It’s also a reminder of the profoundly fluid and ephemeral nature of performance, no matter how many hours go into perfecting the delivery of even the most complex score or how much time a listener is able to spend in its company. That’s the interesting thing about new music, Cuckson emphasized. “One performance of something is part of a process, hopefully of either getting to know that piece or that composer’s work or in general just listening to more and more things.”