Having someone as a mentor figure who was outside of music–Vickie Sullivan, a popular professor at Tufts University particularly well known in the political science and classics departments–was really grounding: it reminded me that my art and the skills I need to make it didn’t exist in a vacuum.

This is the second in a four-part series about the important role female mentors have played in developing my artistic and civic identity.

Early on in Plato’s Republic, Socrates’s young interlocutor Glaucon asks, “Is there not such a [class of] goods … which are desirable not only in themselves, but also for their results?” My undergraduate political science professor, Vickie Sullivan, answers Glaucon’s question in the affirmative: she recently told me that for her, mentorship is “both good in and of itself and good for what comes from it.” 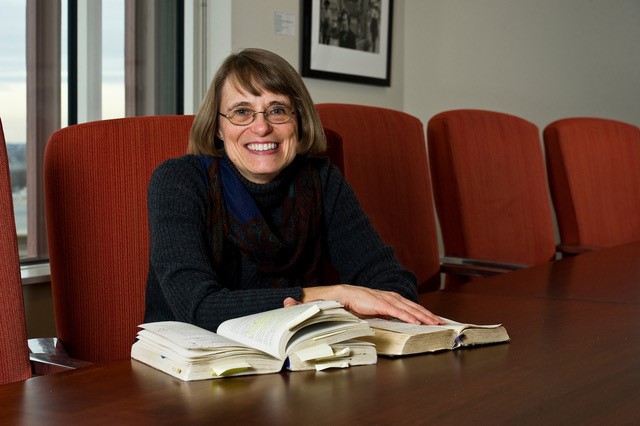 Mentorship is both good in and of itself and good for what comes from it.

Though Sullivan was a popular professor at Tufts University, particularly well known in the political science and classics departments (both of which she’s chaired), and an important mentor to some of my closest friends, I didn’t experience a class with her until the fourth year of my five-year double degree program between Tufts and NEC. I enrolled in Sullivan’s fall Western Political Thought seminar, a survey of ancient to early modern philosophy, starting with Thucydides’s Peloponnesian War, spending generous time on Plato / Socrates’s Apology, Symposium and Republic, and wrapping things up with Machiavelli’s Prince. I was in it for the Plato.

But quickly I was in it for the Sullivan. Her lectures on the Symposium are still among the most memorable, intriguing, and personally valuable lessons of my education. If you don’t know the Symposium, it’s basically a story about a drinking game in which Socrates and his groupies—an aristocrat, a doctor, a lawyer, a comic playwright, and a tragic poet—compete to give the best speech in praise of Eros, the god of Love and the Beautiful, all the while getting more and more plastered. Aside from being wildly entertaining, the Symposium addresses such lofty themes as sex, beauty, the meaning of love, truth, the material versus the ideal, and the ever-complex layers of the human experience.

According to my own biased take, this dialogue is fundamentally about art: why we make it, why we need it, and why it is an endlessly fulfilling pursuit. In Sullivan’s lecture on Socrates’s climactic speech about Eros, she suggests that he depicts Eros (beauty) as an entity of constant in-between-ness and becoming. Beauty is the ascent up the ladder of love for what is to love for what ought to be— a ladder whose steps climb infinitely towards something unattainable that we pursue regardless. This reading resonated with my own reasons for art making that I’d never been able to articulate. For me, music is about creating and re-imagining how the world ought to be. Though material means—pencil, paper, hollowed-out pieces of wood—the musician transforms something real (symbols on a page, vibrations of a bowed string) into something ideal. Like Socrates’s Eros, music is always in a state of becoming. This inherent instability makes it beautiful. Sullivan, in her own pedagogical artfulness, acted as an intermediary between me and Plato, so that I could find personal significance in the texts she taught. 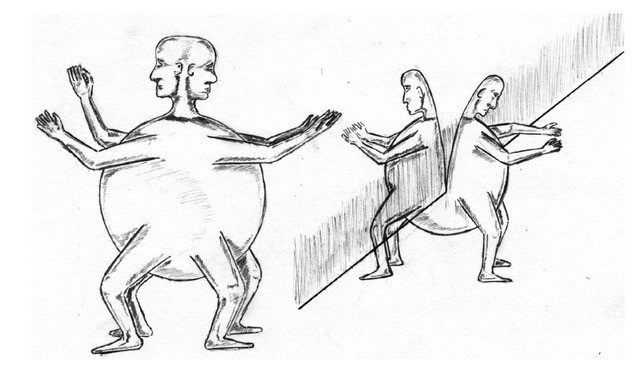 Her goal of teaching students “to try to take texts really seriously and gain an appreciation of how they were written and can be read” and “of the necessity and possibility of continual improvement” was consequential to my musical studies. During the next two years as her student, TA, and eventually, her collaborator, Sullivan’s guidance in critical reading and thinking made me a more critical musician.  Having a mentor figure outside of music was also really grounding: it reminded me that my art and the skills I need to make it didn’t exist in a vacuum.

Music is about creating and reimagining how the world ought to be.

Observing her teach also made me think about cultivating an audience in music. I often viewed Sullivan’s lectures and seminar discussions as her way of creating a fresh and enthusiastic readership for the texts she loved. Especially as a TA for Western Political Thought, I watched students enter the lecture hall shrugging at this required course for their major, and within the week passionately debating Thucydides’s Melian Dialogue. Sullivan created audiences not by watering down esoteric material, but by diving headfirst into it, inviting and trusting her students to as well. She was concerned with clarity rather than accessibility. She challenged her students to search for nuance and to find the words to articulate it rather than settling for black-and-white explanations. Sullivan taught me that trusting an audience to be open to new experiences is empowering, not cumbersome. I hope to invite listeners into the music I love by being unapologetic to and trustful of my audience.

The vast majority of Sullivan’s students will not go on to pursue graduate degrees in political science or careers that echo her own. Many might never reopen Plato’s Symposium after their midterm exam. But, they will have gained an experience of studying something in depth. This is a gift that can never be taken away from them.

Sullivan’s Glaucon-inspired teaching philosophy has put my approach to classroom teaching in healthy perspective in several respects. First, most of my classroom students will not become professional musicians, but they can become curious music lovers and engaged listeners. To me, this is the “good for what comes from” teaching music. Second, and more importantly, studying and listening to music in depth is an experience “good in and of itself” that merits no further rationalization or objective. At conservatory there’s this assumption that everyone is going to be a professional musician and one trains to achieve that goal. Sullivan showed by example that rigorous training can be good in and of itself, and this made learning music satisfying even if I had days or weeks or long stretches of time when I thought that maybe I wasn’t cut out for the whole composer thing.

Undoubtedly, Sullivan’s role in the classroom is very different from Kati Agócs’s role as a studio teacher (whom I wrote about last week). When I recently asked Agócs for some of her opinions on teaching, she immediately drew the distinction between studio and classroom teaching. Indeed, Agócs lessons had a set of expectations hinged on the assumption that I was training to be a professional composer, while Sullivan was almost always communicating to a broad range of personalities and interests. The assumption of my commitment to music was an important social contract in my studio lessons: Agócs treated my work seriously because she was invested in my development towards the particular vocation I sought for myself. There was a material goal to our working together, whether it was a finished score or my long-term career trajectory. My contract with Sullivan was very different: to be an engaged and curious learner.

Observing Sullivan teach political science made me think about cultivating an audience in music.

Yet, both likened mentorship to parenting: When I asked her about navigating the issue of teacher/student boundaries in a conservatory culture where these relationships can be quite intimate, Agócs told me that “it is a little like parenting. Children value boundaries because they make them feel secure, best for learning, then they are always challenging and testing them. The boundaries shift and change as the relationship develops.” Similarly, Sullivan described mentorship as a “kind of intellectual family” in which the mentor “is in a position to model professional behavior, setting an example, sort of like parenting. You’re really trying to focus on the development of that individual and you’re not getting anything out of it except that satisfaction of seeing that student develop.” 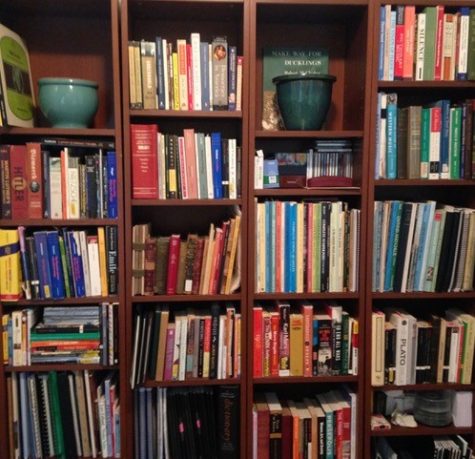