In Thailand, it is a very exciting time to be a composer because there is a lot of space for development. There have been several influential composers here, but contemporary music is still a relatively new idea.

In Thailand, it is a very exciting time to be a composer because there is a lot of space for development.  There have been several influential composers here, but contemporary music is still a relatively new idea. For many composers in the younger generation, it is a new career path.  Individual arts entrepreneurship is somewhat more difficult in an environment that so highly values the community.  But there are many avenues for music making here, ranging from organized local contemporary music initiatives to interacting with visiting musicians as well as with practitioners of traditional Thai music—a very rich music scene that is unique to this country.

In Thailand, contemporary music is still a relatively new idea.

Our largest contemporary music event of the year is the Thailand International Composition Festival (TICF).  This festival has been in place for nearly ten years and is the highlight of the season for composers.  Guests have included John Corigliano, Aaron Jay Kernis, Chen Yi, Zhou Long, Bright Sheng, Augusta Read Thomas, Mathew Rosenblum, Ken Ueno, Federico Garcia-de Castro, Paul Dooley, and many others.  Each year, the energy of the field is refreshed, reinvigorated, and energized from these visits.  During this week-long event, curious composers, musicians, and students are able to attend lectures as well as a concert series featuring music by the guests performed by both local musicians and visiting chamber groups. Contemporary composers and performers from Thailand are also featured here throughout the week. 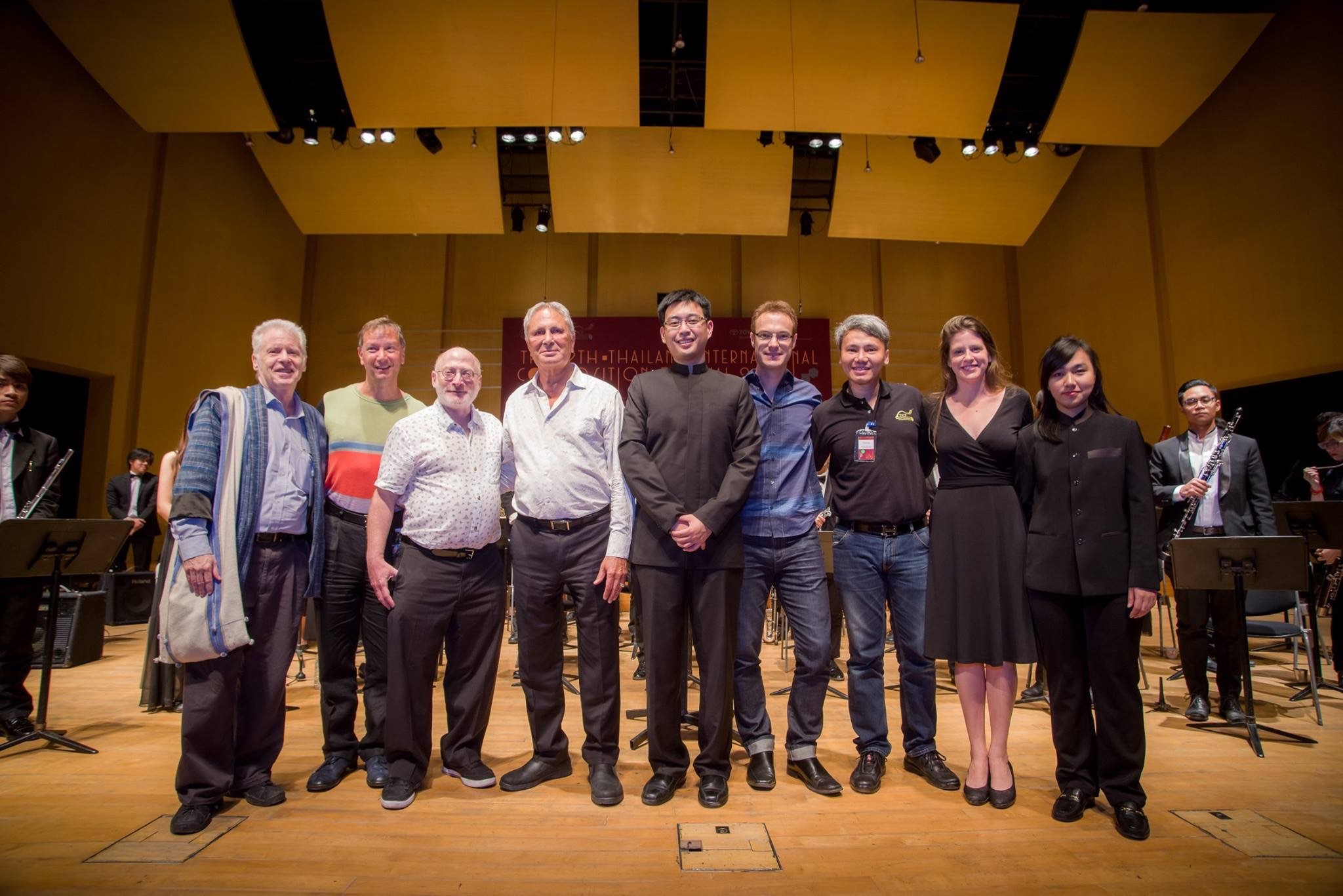 Alongside these performance opportunities, a competition for young composers also takes place. As time allows, group lessons are scheduled at the college for both local students and student exchange composers as well as for the competition finalists.  During this time, the young composers are able to learn a great deal from observing and getting to know the visitors and interacting with the faculty at the school.  For the students, the opportunity to learn from these composers is immeasurable.

Much of the music developed for this festival has continued to travel to places outside of Thailand.  Local groups, as well as visiting performers and ensembles, will often peruse the music for future programs that are still in the development stages and often export the music on an international tour. I’ve personally had pieces that had been part of TICF continue on to other conferences in Asia, America, and Europe. 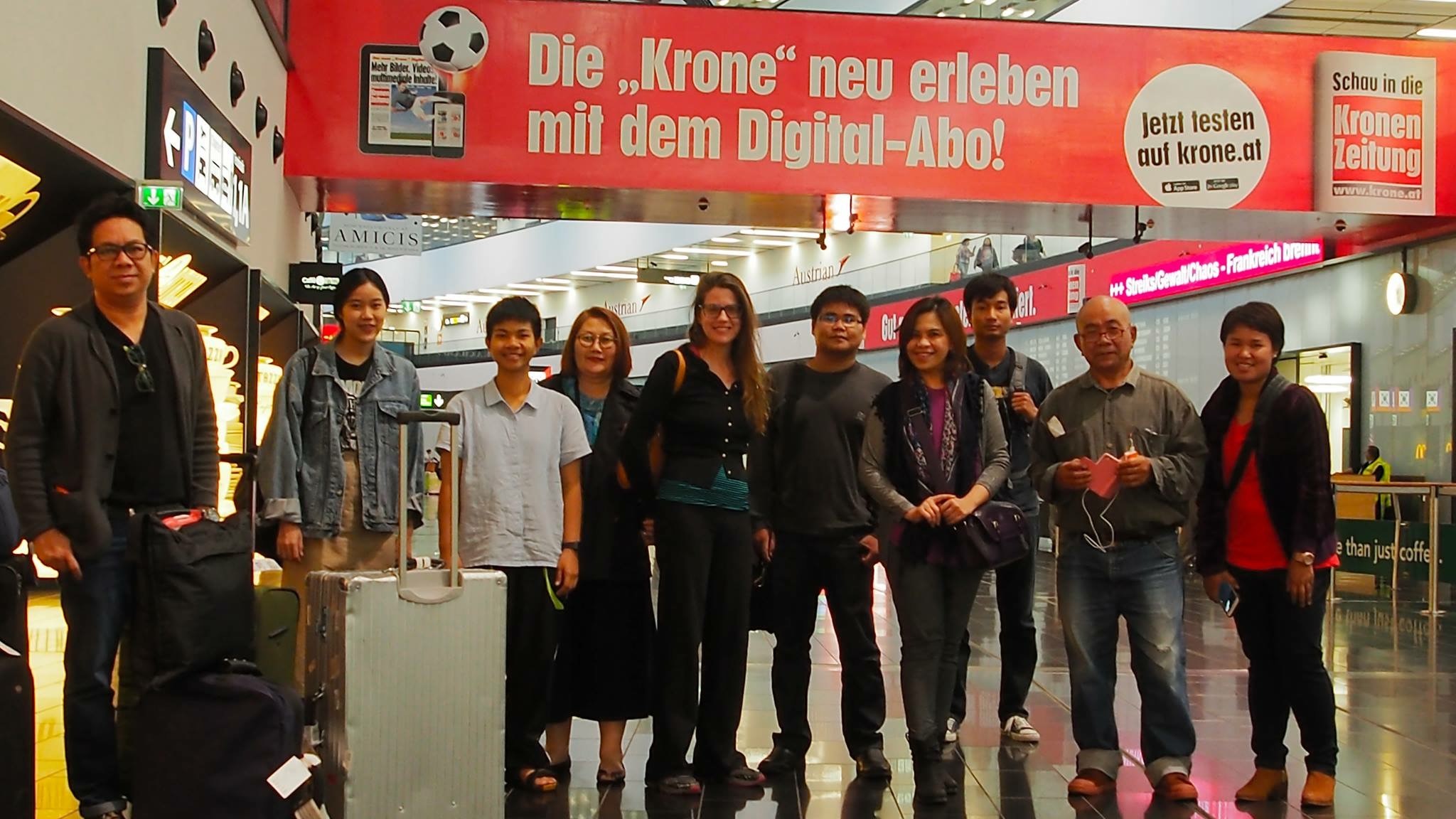 Traveling musicians are very open to participating in local activities.

But Thai composers don’t need to travel abroad to be able to interact with a wide range of international musicians.  Many traveling musicians choose to stop and perform in Bangkok along their way to other countries and often collaborate with local groups here. One of my favorite aspects of this high influx of performances has been being exposed to pieces that are not often performed at home, like the Lutoslawski Concerto for Orchestra and his Concerto for Cello and Orchestra which Martin Jaggi, a cellist and composer from Zurich, performed with the Thailand Philharmonic Orchestra.  Our musical activities at Mahidol University’s College of Music, where I teach, are frequently built around these guests. For example, Martin was invited to give a master class demonstrating performing techniques. I additionally asked my students to compose solo cello pieces and he generously read through them.  There are so many instances of this generosity from visiting performers and conductors who make efforts to reach out to composers about different aspects of craft.  Generally, traveling musicians are very open to participating in local activities that allow for much more purposeful outreach, concertizing, and teaching. As visitors come and go, there are a great deal of these opportunities.

But there are also opportunities to work with another group of musicians who perform a repertoire that has survived for centuries—the practitioners of Thai traditional music. The chance to hear this music is a daily event here. Each morning and evening, practice sessions line the boardwalk of the canal near the college. I first became involved with traditional music just through my own curiosity as a listener. I was genuinely in awe of the sounds of the instruments I was hearing and the skill level of the young performers. I then started taking lessons myself. I have since been asked to adjudicate a Thai music competition.

The chance to hear Thai traditional music is a daily event here.

Thai traditional music is often played to celebrate an occasion or highlight a significant event. Performances are coded, both sonically and structurally, with layers of meaning. Generally, Thai performances typically feature melodies that are well known to the audience but, as in jazz and folk, there are expressive changes to those melodies. The way the melody is treated will highlight the skill of the performer.  Changes occur very gradually but there isn’t a strict approach to repetition or cycles beyond maintaining melodic or harmonic phrases.  Through a steady tempo, climaxes are often very rhythmic and the music can be quite subtle.  There are standard formal ensembles for different occasions, but performances on ranad (a wooden xylophone), kong wong yai (a set of 16 gongs on a circular rack), khim (a hammered dulcimer with two bridges), and saw ou (a mellow toned string instrument made from coconut shell and cowhide) are very common.  Thai music is traditionally taught by rote, without the use of music notation, so musicians will spend many hours working to remember the performance techniques given from their teacher.  Nowadays, however, many traditional musicians are college educated and have learned to read musical scores in their music theory courses. 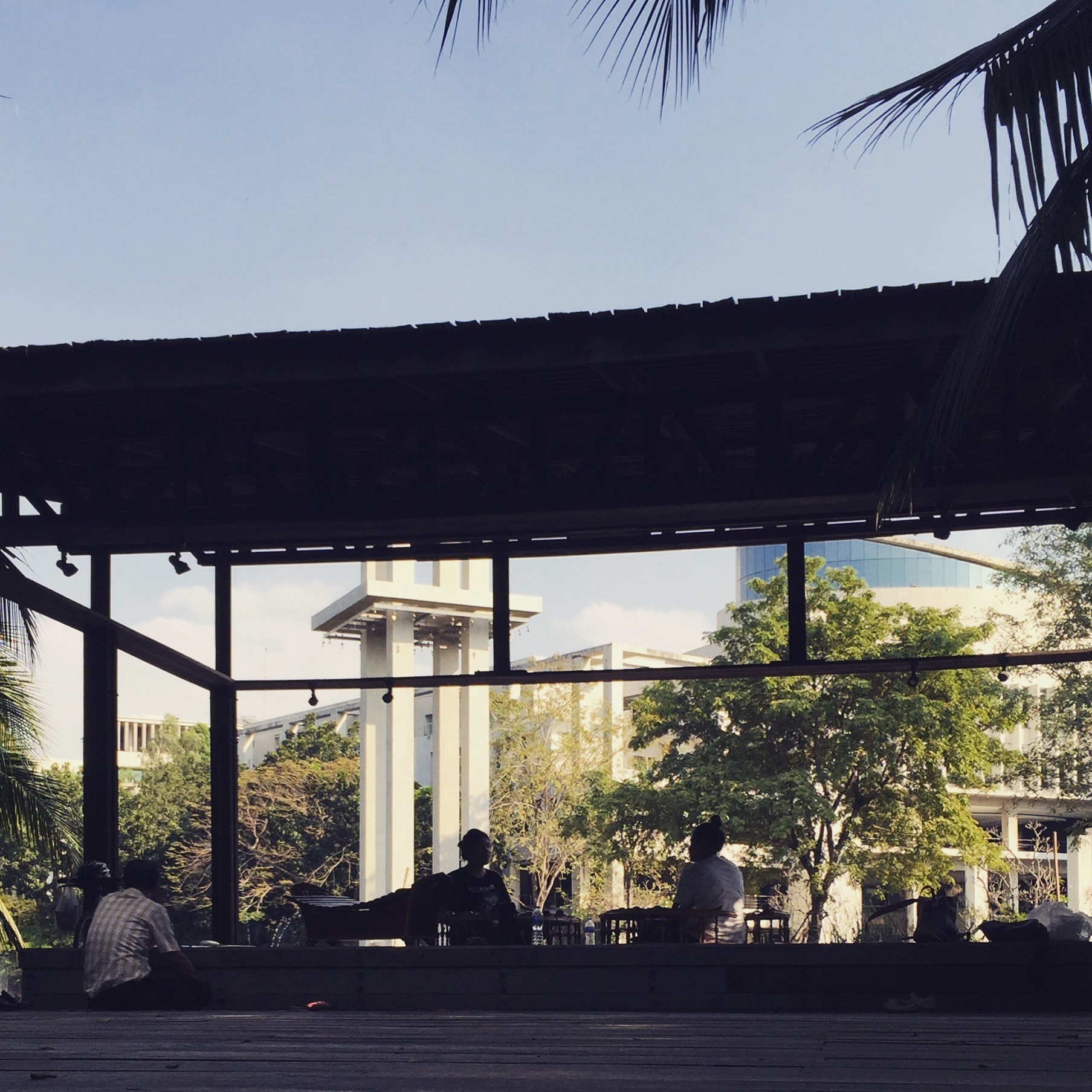 As part of my composition studio, I encourage my students to utilize these Thai traditional instruments and musicians in a contemporary music setting at least once a year.  With the influx of Western instruments, I am also interested in helping students stay connected to the music that is already here and that continues to be played here.  By doing this, we have been able to establish projects that link Thai traditional music, composition, and chamber music into annual concerts (and occasionally international performances).

But composing for this group of instruments does require some special considerations.  They generally take more time and require being immersed into a person to person composing process. There is a formality in learning how to write for and play in these ensembles that is essential to preserving the spirit of the music.  Much of the music remains in the air, hands, and ears until performance dates come closer (which is major aspect of rote technique). Often what gets written on the page is merely a mnemonic for the musician rather than a completely detailed part.  Through working together, we are able to understand what notations are useful, mostly through trial and error.

All in all, the opportunities for composition here are very fruitful. The wide variety of ensembles and guest musicians bring new ways of thinking that are very refreshing. Each of these experiences shines light on contemporary music for the future and the many ways it can develop. 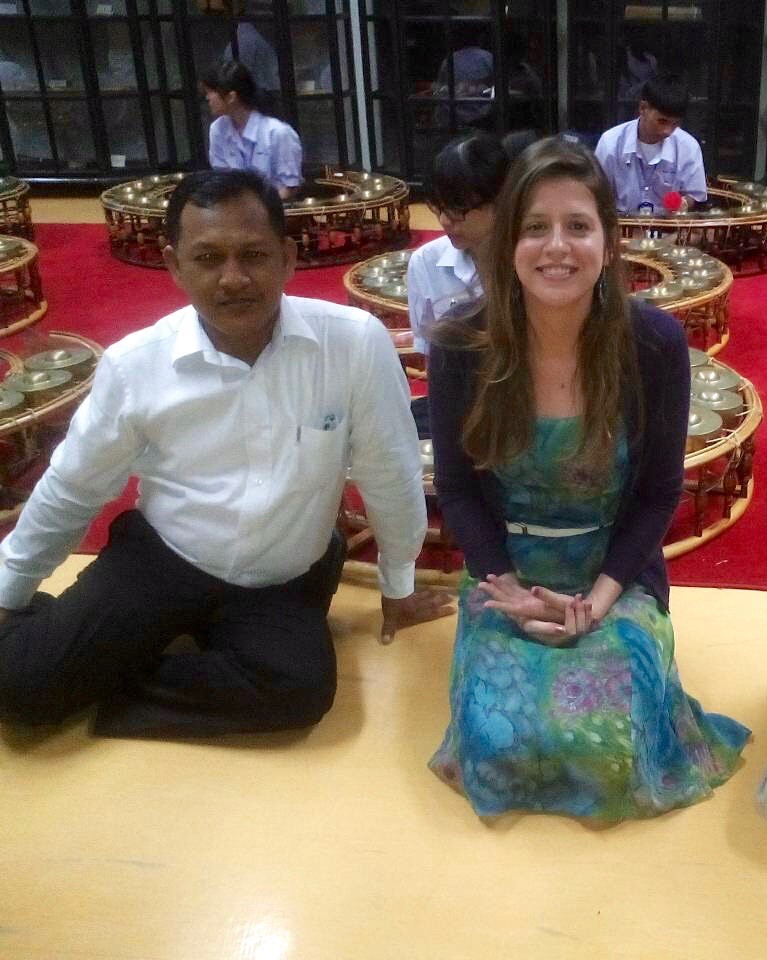