While localities and regions may be less important in terms of a specific shared sound or group of influences (although that’s still a possibility, too), I’d contend they remain essential as accumulations of a “critical mass” of resources and opportunities to collaborate. 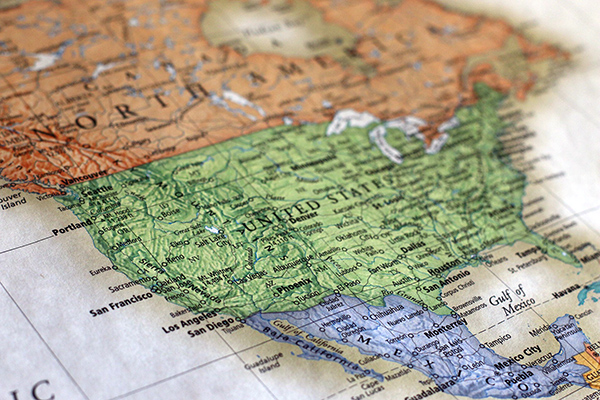 In the beginning, all music was local. If back at the dawn of humanity a caveman came up with a particularly appealing combination of vocal melody and log-drum rhythm, it probably couldn’t be heard much further than the next cave or two over. Fast forward through numerous epochs of human evolution to 18th-century Europe, and if you wanted to hear Mozart, you still pretty much had to go to Vienna.

Things stayed like that until the 20th century, which brought a series of technological developments that made it possible for music to be recorded in one place and heard all over the world. But even as the physical form of music moved from wax cylinders to 78s to LPs to CDs, geography of origin remained a major point of classification and differentiation.

(That’s especially true in the case of American popular music, which, if one chooses, can be framed and analyzed almost exclusively in terms of cities and regions—there’s Mississippi blues and Chicago blues; the commercial country music of Nashville vs. the Bakersfield honky-tonk sound and western swing from Tulsa; hip-hop’s East Coast/West Coast/Dirty South divide; soul music from Muscle Shoals to Memphis to Motown to Philadelphia; and countless other examples. For more about the intersection of technology and regional popular music styles, check out the book Sweet Air: Modernism, Regionalism, and American Popular Song by Edward P. Comentale.)

Now, as music production and distribution in the 21st century are done increasingly in the digital world, some have suggested that the importance of place—of where the music is made—may be fading. (For example, when Flavorwire listed the most influential pop music acts of the past 15 years, note that there’s only one mention made of an artist’s geographical point of origin.)
That’s not to say that listeners’ tastes have become entirely homogenous. The Echo Nest, a company that analyzes information on listening habits, has done some interesting work looking at musical preferences by region. (Though their publicly available results so far seem confined to pop music, it sure would be interesting to see similar data-driven analyses made of the listening audience for new music, jazz, classical, and other less commercial forms.) Some of the results are unsurprising—for example, country music is popular in the south, and Bruce Springsteen still is tops in his home state of New Jersey—while others are not necessarily what you’d expect.

Still, the question remains: when computers allow one person to do everything from composition to recording to promotion and distribution from anywhere with an internet connection, what difference does it make if you’re in Seattle, San Francisco, Syracuse, or Sarasota?

The short answer is that making music is about more than technology. Even if one presumes that promotion and distribution will be mostly digital from here on out, there’s still a lot that goes into creating that music before it gets turned into a digital file.
Technology may provide the capability for one person to create music from start to finish, but (at the risk of sounding like Captain Obvious here) not everyone works that way. And for those who don’t choose to make all their music on a chip, location still matters very much, though perhaps in different ways.

In short, local and regional music scenes are where artists develop before they go worldwide on the internet. Composers and performers who are working on new ideas need other musicians, rehearsal space, access to instruments and recording facilities, and, if they plan to test out their ideas in front of live audiences, performance venues and some sort of presenting infrastructure.
So while localities and regions may be less important in terms of a specific shared sound or group of influences (although that’s still a possibility, too), I’d contend they remain essential as accumulations of a “critical mass” of resources and opportunities to collaborate.
It’s important to note, though, that “critical mass” doesn’t necessarily equate to a major metropolitan area like New York, Boston, the Bay Area, or Chicago. Here in Missouri, the Mizzou New Music Initiative is extraordinarily fortunate to have started with generous funding and an association with a major university, yet there’s no doubt MNMI has gotten a lot of help from others around the state, and benefited greatly as a result.
Some of the collaborations have been promotional, like swapping email lists, program ads, and social media mentions with New Music Circle and Lemp Neighborhood Arts Center in St. Louis and newEar contemporary chamber ensemble in Kansas City.
Closer to home, this past spring MNMI kicked off ticket sales for the annual Mizzou International Composers Festival with an event at Ragtag Cinema, a popular alternative movie theater in Columbia, featuring a live performance by the Mizzou New Music Ensemble; a screening of Choking Man, a film scored by Nico Muhly, who was one of the festival’s guest composers; and a live Q&A session with Muhly via Skype.

Other collaborations have been artistic. Perhaps most notably, this past season the St. Louis Symphony performed works during their subscription series by composer, clarinetist, and Mizzou alum Stephanie Berg and Patrick Harlin, who was a resident composer at the 2013 MICF.

Being part of a community also has allowed the composers and musicians associated with MNMI to get involved in creating site-specific works for Missouri Botanical Garden, Forest Park Forever, the Contemporary Art Museum of St. Louis, the World Chess Hall of Fame, and other institutions.


This past year, MNMI’s co-artistic director Stefan Freund also delved into regional history, composing an oratorio for orchestra, choirs and soloists about Missouri’s involvement in the Civil War.

And MNMI currently is part of the University of Missouri Extension Community Arts Pilot Project, a multi-year, multi-disciplinary program designed to promote economic development and tourism through the arts in Lexington, MO, a town of 4,500 about 45 minutes east of Kansas City. Composers from Mizzou have helped develop an audio tour of the town, complete with original music, field recordings, narration, and sound effects, that will be made available in digital and CD format.
While there’s no characteristic “Missouri sound” that can be identified in all these varied projects, none of them would have come about if MNMI were not part of a larger, geographically-based community. Though technology offers many promising possibilities (including, admittedly, new ways to collaborate over distance), it seems as if being in the right place—for many possible definitions of “right place”—continues to offer advantages, too.