Listening to and trying to understand as much music as possible, even music that you don’t enjoy, is an incredibly important part of becoming a better and better musician. Knowing, experiencing, and learning from more than I knew, experienced, and learned from yesterday is a worthwhile goal. 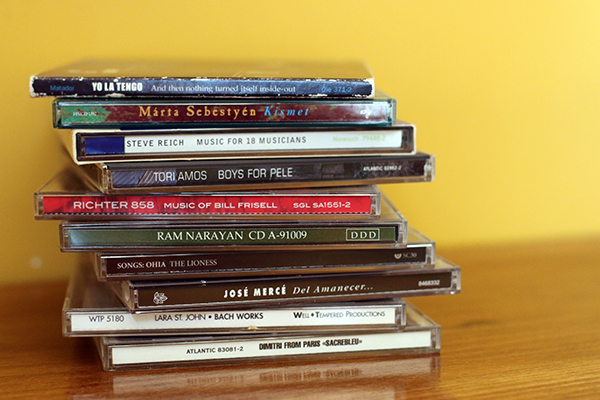 Too often I hear people say things like “pop and rock concerts are a massive snore, unless you live and die by A minor and C major.” Defenders of popular music then launch back with lists of bands making sophisticated art in popular mediums, often followed by lists of pieces of concert music generally considered great that stick to one or two harmonies (hello, Electric Counterpoint; hello, first 136 bars of Das Rheingold). This line of argument isn’t that productive, though, and while we can use specific examples to poke each other all day, doing so doesn’t address how unhelpful the thinking behind such opinions can be. More importantly, it doesn’t address how positive keeping your ears open can be.

Listening to and trying to understand as much music as possible, even music that you don’t enjoy, is an incredibly important part of becoming a better and better musician. Different genres make use of different musical processes and ideas, and listeners raised in different traditions pay attention to different markers. Classical training, for instance, teaches us to follow tonal changes and listen for transformations, largely in the realms of pitch and rhythm. No wonder people who grew up steeped in this tradition find radio rock so boring—it does, in rather a lot of cases, tend to repeat the same four chords.

The rock tradition, on the other hand, trains listeners to pay attention to changes in color (here meaning timbre/sound). Those might be the same four chords, but this time they’re distorted, the drummer has moved from a closed high-hat to a crash, and the singer has moved from singing to screaming. Those markers, in rock, can mean the same thing to a rock listener that the move to dominant in a traditional sonata means to a classical listener. A rock listener, moreover, might entirely miss the structural importance of a change in harmony, because it may not be accompanied by a change in instrumentation. It certainly won’t in a piano sonata.

I’m not an expert in Hindustani music, but I assume there’s an equivalent structural/narrative device involved in listening to different ragas; different makams in Turkish classical music might serve the same purpose for its listeners, as might differences in the ways that different MCs place their lyrics across beats in rap and hip hop.
There is no way to make an argument that one type of music’s formal devices are better than another’s. This is not to say there isn’t a range in the quality of how well pieces take advantage of those devices. How convincing is that cadence? How dramatic is that color change? How cray is that shit, Jay?

I believe that creators have a responsibility to listeners to make ourselves aware of what’s out there, and to use what we learn through listening to improve our own art. I see no reason not to take advantage of multiple sets of signals to affect our listeners in the deepest way possible. If I’m writing something, I want it to be the best thing that I’m capable of writing, but there’s a whole world of possibilities out there that I might be missing. Even if hearing some of them doesn’t contribute directly to the work at hand, they can all contribute to my artistic understanding.

Today is an amazing time to be a listener with open ears. As we now have a practical means of easily accessing music from all times and all regions (Spotify and YouTube aren’t without their moral quandaries regarding royalties, but they’re a godsend for curious listeners), we have no excuse not to listen to everything we can get our ears on.

To be fair, no one has time to listen to everything that’s out there. I’ve only heard a little bit of Turkish classical music, and I don’t expect that I’ll ever become an expert on it. Of what I’ve listened to and read up on, I honestly haven’t enjoyed much. But for having heard it, I am a better composer, and better listener to other musics, than I was beforehand.

Maybe that’s the other side of expertise. If we realize there’s no way we can hear everything, and accept that we’ll never have anything near a complete understanding of the music being made today, then that frees us to grow infinitely. Knowing, experiencing, and learning from more than I knew, experienced, and learned from yesterday is a worthwhile goal.

Ultimately, it comes down to this: what, as an artist, is the benefit of being closed-minded or closed-eared? There isn’t one. What are the benefits to listening to and being aware of as much music as possible? There are about a zillion. Make it a mission to hear something new each day. Even if you hate it, figure out why you hate it. It’ll make you a better musician.