Let’s Get American About Our Music

New music proponents are uniquely qualified to stop worrying about the Major Symphony Orchestra in favor of much more productive—and yes, more American—channels. 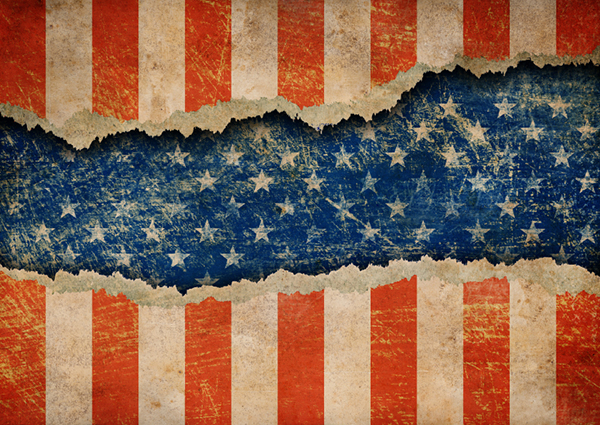 Back in April, an assortment of Cleveland-area composers banded together to register their outrage (via an open letter in the Cleveland Plain-Dealer) over the pronounced lack of American composers on the Cleveland Orchestra’s upcoming season programming. Following that, there was a detailed and articulate discussion on New York’s WQXR in which Naomi Lewin hosted headlining letter writer Keith Fitch along with New Music USA President Ed Harsh and forward-thinking Seattle Symphony Executive Director Simon Woods. There are multiple overlapping issues at stake here (now that American concert music can officially claim more than one century to its credit, all American music isn’t new music), but at the heart of this latest chapter of classical music brow-furrowing is the now familiar specter of the floundering major symphony orchestra that has long shadowed our culture pages and news feeds. Painting a picture of the precariously preserved edifice of the symphony à laDorian Gray has served its purposes, stirring up the perpetual debate over society, art, and relevance. But I would suggest that new music proponents are uniquely qualified to stop worrying about the Major Symphony Orchestra in favor of much more productive—and yes, more American—channels.

An easily made but generalized across-the-pond comparison casts us in an unfavorable light. European orchestras take a marked pride in their national tradition (e.g.: Sibelius in Finland; Britten, Tippett, and Vaughan Williams in the U.K.) that is notably absent in America. Are we being unpatriotic? We’re a comparatively adolescent country, and the American intelligentsia has been known to sustain a certain cultural inferiority complex. Yet we acknowledge that America is a place with possibilities that can’t be found in the old world. And what could be more old world than rigid hierarchies? The Cleveland Orchestra makes the news, in part, because it’s one of the original “Big Five.” (To the best of my ascertainment, the jury is currently out on the number of qualifying orchestras in today’s Big club, but Cleveland still holds a place of seniority.) The financial health and adaptability of our major orchestras are convenient barometers of the health of the classical music scene in this country because these institutions are our most observably active ties to the Western music tradition. Similarly, the attainment of major orchestra jobs can function as that rare quantifiable yardstick of professional success in a statistically slippery biz, the outcome of which spells number-crunched woe for music degree earners.

A brief detour into the territory of full disclosure: I gave up my vague conservatory-period goal of winning an orchestra audition pretty fast, after a number of audition failures compounded the frustratingly passive on-the-job experience of a section violist. Why obsess over how your Don Juan will be judged when there is so much more music to discover and create? So now I find myself—among other things—preparing for projects such as an alto trumpet and viola duo (my duo partner, the trumpeter/composer Jason Huffman, being the only person I know who embraces such a gloriously unwieldy combination) with the equally unwieldy organization I helped to shape, Boston’s Equilibrium Concert Series, as well as serving as writer/editor/marketing associate/all-around helper for the Boston Modern Orchestra Project and attempting to explain all sorts of music in my own freelance program notes. Incidentally, I’ve recently had the pleasure of reading NewMusicBox Regional Editor Matthew Guerrieri’s take on Equilibrium and also his account of January’s BMOP concert. (The opening of the latter contains an especially witty commentary on the moldering-symphony-orchestra debate.)

So what’s an “orchestra project”? I’m not 100% sure myself, but I think I’m justified in asserting that the name accurately implies a sort of perpetual question mark, and definitely describes the open-ended repertoire list that is the group’s mission. “Orchestra Project” sounds strange because orchestras aren’t supposed to be works in progress—they’re supposed to be edifices, anchors, rooted in distinguished tradition and endowed in perpetuity. All this, while being simultaneously adventurous and discerning enough to select the finest candidates to continue the genre with equal respect to its European origins and current polyglot context. Add to this the responsibility of wooing the skeptical, culturally endangered modern masses, and no wonder we’re seeing the orchestral psyche’s equivalent of a mental breakdown all over the country.

Clearly, these are far-flung demands that no major orchestra would realistically hold itself to. Consider the risks that an established, pedigreed orchestra would undergo in pursuing a substantial palette of new music programming: It might captivate some yet bore other camps of audience members with diverse programming choices (and scare some off entirely with the uncertainty). It might go without the honor of occupying a front-and-center position in its home city, since new music isn’t hugely popular with the mainstream concertgoing public. It might give up the security that would allow it the luxury of drawing candidates from far and wide for an opening and then rejecting all of them. That’s a lot of uncertainty to try to mix into a basically predictable tradition.

But you don’t have to shift your gaze very far to get away from the “what ifs” and watch these kinds of uncertainties play themselves out elsewhere. BMOP programs a ton of music that’s either new, American, or both, and still rakes in accolades. Yes, the orchestra is untenured and the programming is erratic, but it gives very little cause to grouch about staying inside the box, from any perspective. As it happens, BMOP’s most recent concert was not a dashing statement of the avant-garde; it was about as infused with Americana as it gets, with three fairly conservative mid-century composers with admirable chops and legacies. For those interested in pedagogical family trees, Irving Fine, Harold Shapero, and Arthur Berger are three of our own Bostonian branches. They wrote music that managed to be erudite, rigorous, whimsical (Fine mined Alice in Wonderland decades before David Del Tredici), and joyfully heady in a way that only an orchestra can deliver. It’s demonstratively different fare from the premieres that comprised January’s concert and that generally pepper BMOP’s seasons, but that’s the thing about the new music/American music call to arms: a whole orchestra and years of programming are needed to offer anything even beginning to resemble a full picture. And a riotous body of repertoire can perhaps only be done justice through equally intrepid judgment calls; here’s where someone like Gil Rose can achieve the sort of self-motivated passionate leadership made possible through exhaustive knowledge of every aspect of the organization—how many conductors can claim that kind of commitment? If major orchestras are quite possibly not the best equipped to handle this unruly and momentous task, why not consider them as accessories to the act of new music-making rather than responsible parties?

OK, so I just held up one kooky orchestra zealously devoted to a far-flung repertoire. What else is in the American orchestral rep diet? Here’s something from a different sphere of my local orchestral life: a couple weeks ago I had a wonderful time hearing my colleagues’ wildly (and deservedly) buzzed-about chamber orchestra A Far Cry in the Gardner Museum’s sleek new Calderwood Hall in a program that—although conceived around an entirely different concept—was four-fifths American music: Charles Ives and Ingram Marshall, plus two commissions—from toy piano maven Phyllis Chen and local mad genius Ethan Wood. (Mendelssohn popped up too, not entirely incongruously.) AFC is young, idealistically cooperative, comparatively broke, and ambitious, sustaining itself in large part upon its popularity; yet this sort of programming is a key part of their hipness. What could be more American than a democratic orchestra with the popular vote, playing American music? But let’s get back to the traditional symphony orchestra. So how about another local group (established 1976), the New England Philharmonic? Their last concert, a pretty par-for-the-course program, featured Gunther Schuller, David Rakowski, and Roy Harris along with a Prokofiev symphony. NEP is a non-professional group so, no, you won’t see their passionate contract negotiations in the news. But “community orchestra” is more than a euphemism for “unpaid.” NEP literally maintains quite a large community of composers who interact with the orchestra to bring their music to the stage, along with not only audience members who want to hear the music, but musicians who choose to devote their limited hours of music-making to its execution.

Yes, I seem to be proving that I live in a bubble of culture blessed with a saturation of musical adventurers. But while there are piles of ASCAP Adventurous Programming Award plaques sitting around the BMOP office, a survey of ASCAP’s past and current awardees presents a wealth of competitors from cities large and small from every corner of the country. BMOP shares John S. Edwards laureate status with the American Composers Orchestra as well as Alabama, Albany, Cabrillo, Minnesota, South Dakota…the lists go on to include orchestras of lofty and lowly stature, student orchestras and regional orchestras, as well as the occasional heavy hitter. And going back to my own circle of acquaintanceship: if I also follow my colleagues’ entrepreneurial exploits in Chicago, Atlanta, and the San Francisco Bay Area, it seems facile to place too much credence in my own bubble.
Oh, yes, I haven’t mentioned my city’s own bona-fide prestigious Symphony Orchestra. I could talk about how the performances of work by Marc Neikrug, Osvaldo Golijov, and Bernard Rands I’ve seen this season at the BSO were received with sincere ovations, or about how I’m looking forward to Tanglewood’s 2014 Festival of Contemporary Music (for which I’ll be contributing some program annotations). I think the BSO is totally great. But my musical life is far-reaching enough that I’d really rather talk about other things. Do we really have to worry about whether symphony orchestras are doing their job as the headlining ambassadors of music and culture? The ambassadoring act isn’t what it used to be. We’re not going to go back to the days of Leonard Bernstein broadcasts (that’s why they’re being marketed as “historic broadcasts”), but there are more people than ever out there committed to getting new music into the world.

I’d love to direct anyone seeking any closing samples of composerly wisdom back a few decades, to this 1988 interview with Harold Shapero. Much of it still seems pretty timely (and being a wise-ass never goes out of style). One of the things he says is, “That’s one of the advantages of wonderful America. You have unequalled opportunity, but it’s just curious.” We might just still live in a place of curious opportunity, or at least opportunity for the curious.

Without a doubt, major orchestras have a cultural job to do, and there will be more soul-searching, reinvention, and growing pains in that corner as the 21st century marches on. But it’s time for new music advocates to stop standing on the sidelines and wringing their hands. Please, let’s be Americans and ditch the elitism and figure out how to make our music happen wherever it’s welcome. 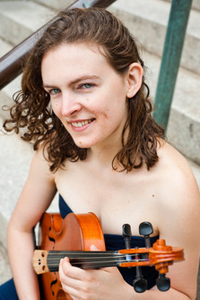 Zoe Kemmerling is a native Californian who is pursuing an eclectic musical career as a violist, Baroque violinist, writer, and administrator in Boston. She is an enthusiastic performer of contemporary chamber music, violist in the period-instrument Emergence Quartet, and freelance provider of witty and insightful program notes, as well as past Executive Director of Equilibrium Concert Series and present Publications Associate at the Boston Modern Orchestra Project.