The Kronos Quartet wrapped up a three-year residency at the Yerba Buena Center for the Arts this month with a program devoted to San Francisco composers Dan Becker, Stephen Prutsman, Nathaniel Stookey, and Pamela Z. 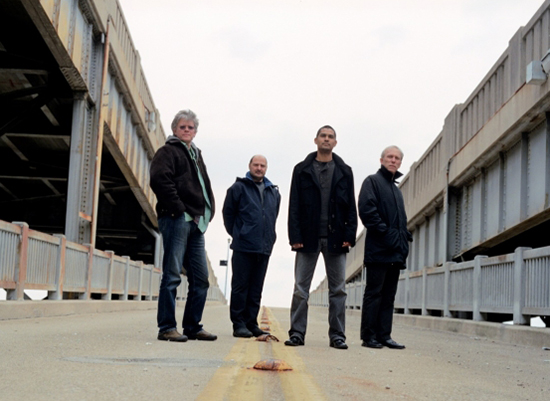 The Kronos Quartet wrapped up a three-year residency at the Yerba Buena Center for the Arts this month with a program devoted to San Francisco composers, and as I rode the train into the city I thought about the impact they have had on new music, classical music in general, and even popular culture. But even a global ensemble like Kronos is still a hometown band somewhere, part of a musical community in which they participate and which in turn supports them. This program of all San Francisco composers—Dan Becker, Stephen Prutsman, Nathaniel Stookey, and Pamela Z—was an acknowledgement of the influence San Francisco has had on Kronos, its home since 1978.

The concert, titled “Listen Local,” began with Dan Becker’s Carrying the Past, which incorporates excerpts of 78rpm recordings of his grandfather, who was a big band trumpet player in the 1920s. It opens with one of these excerpts and the string quartet slowly emerges from the scratchy, vintage sound. The intensity quickly builds and sharp exclamations cut through a tangle of complex, competing rhythmic patterns. Carrying the Past proceeds in sections separated by short interludes of big band excerpts alone, which serve as commas or points of stillness in the work. When the string quartet is playing the excerpts are often more abstract, especially toward the end of the piece where they mimic sci-fi whizzes, zooms, and pops. Kronos’s playing was razor sharp, especially in the keening, intertwining melodic lines played by violinists David Harrington and John Sherba, though I sometimes had difficulty hearing Sherba in the mix. (The quartet was amplified.) If their subtle use of vibrato on these high, sustained notes accentuated some minor pitch issues, it also created a sense of rawness and electricity. 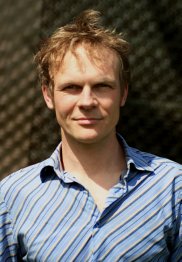 Next was world premiere of San Francisco native Nathaniel Stookey’s String Quartet No. 3, “The Mezzanine,” inspired by Nicholson Baker’s novel of the same name. Baker’s book is a probing account, extensively footnoted, Proustian in its attention to detail, of a man’s thought processes as he performs various mundane tasks during his lunch hour. “We composers often go to great lengths to discourage our audience from looking for connections between our music and the titles we give it,” Stookey wrote in the program note. “In the case of my third quartet, the music really is about escalators, drinking straws, shoelaces, vending machines, and cigarette butts.”

The escalator reference is clear in the quartet’s first movement. Fragments of whole-tone scales calmly ascend independently of one another, occasionally aligning to produce warm major sonorities. The second movement—a stream-of-consciousness mix of styles—contains frenetic, rhythmic episodes alternating with Baroque-like asides, a gentle trio anchored by Jeffrey Zeigler’s resonant cello pizzicati, and a melancholy habanera. Throughout the work phrases are often interrupted by abrupt changes to a crystalline musical texture marked by the use of upper registers, fleet melodic fragments, or spiccato runs. Perhaps this, as well as movements like the second that seem to end by wandering off mid-phrase, depict the thought processes of Howie, the protagonist of Baker’s novel. The final movement of Stookey’s quartet pits heavy, sawing triplet figures against a fiddle tune, played with gusto by Harrington. These two ideas alternate and eventually form an uneasy coexistence with the fiddle tune shouting to be heard over the triplets. In the closing bars the ascending escalator figures of the opening return and carry the music away. 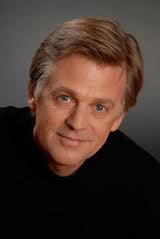 After the break the Kronos Quartet performed four arrangements created especially for them by their long-time collaborator Stephen Prutsman. Violinist John Sherba took a starring turn in Prutsman’s arrangement of Indian film composer Rahul Dev Burman’s Mehbooba Mehbooba (Beloved, O Beloved), a bouncy Bollywood-style number depicting a sultry gypsy dance. Violist Hank Dutt was outstanding in Prutsman’s arrangement of Tanburi Cemil Bey’s Evic Taksim. It opens with wheezing, harmonium-like chords and unfolds like a recitative. Hushed, sustained harmonies support Dutt’s wonderfully rhapsodic playing. Every ornament and glissando was utterly natural, and his tone was so throaty, so richly textured you could almost reach out and touch it. Wa Habibi (O My Beloved), based on an Arab Orthodox hymn, was a chorale-like lament, while the closing arrangement of Ethiopian saxophonist Gétatchèw Mèkurya’s Aha Gèdawo projected the swagger and fury of warriors right before battle. Here Prutsman piled on layer after layer of aggressive musical gestures creating a dense polyrhythmic texture, and Kronos tore into their instruments, sounding as close to a howling saxophone as a string quartet can. They seemed to really be in their element with the works, savoring the glissandi and microtonal inflections in the works by Burman and Bey, and relishing in the chest thumping in Mèkurya’s Ethiopian war cry. It was the most warm, open playing of the night.

The world premiere of composer/performer and media artist Pamela Z’s And the Movement of the Tongue rounded out the program, and it proved to be an evocative, funny, touching, and brilliant work. Inspired by speaking accents, its twelve brief movements are each based on the interplay of composed music and recorded sound. Z describes her process in the program note:

To create the piece, I conducted and recorded interviews with a number of people who speak English with a variety of either regional, foreign language, or cultural accents. Combing through those recorded interviews, I hand-selected speech fragments (phonemes, words, phrases, and complete sentences) that I found to be sonically or musically interesting. I created hundreds of audio clips, which I used to construct the text collage that became a kind of armature for the work. Many of the motifs in the string parts were derived from the melodic and rhythmic material found in the samples of those speech fragments. 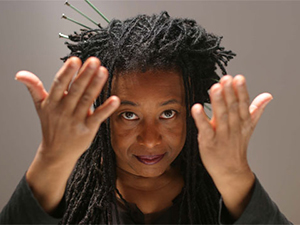 The recorded material is the main focus of And the Movement of the Tongue and for the most part the string quartet plays a supporting role, which Kronos did with the perfect balance of expression and restraint. Most of the movements are based on a basic musical idea or texture, played by the quartet, that accompanies the recorded text collage. In the third movement, “Rain,” for example, pizzicato playing by the quartet mimics the irregular patter of rain drops while the text collage is a mash up of different pronunciations of the word “rain.” In “Tongue,” the fifth movement, recorded fragments of non-native English speakers talking about tongue placement in English pronunciation float on a bed of simple oscillating harmonies. In the eleventh movement, “I Don’t Know,” Pamela Z layers musical phrases—musical transcriptions of the spoken words and phrases in the text collage—over short, recurring melodic fragments. And the Movement of the Tongue is profound in a very human way. Like a great film score, the music suggests a context for the spoken words and illustrates their musicality as well. It hints at the small things, like accents, that distinguish us, and it also makes us acknowledge issues beyond our control, such as how others often choose to define us. For an encore Kronos played an arrangement of the Prelude from Wagner’s Tristan und Isolde.

Aside from the balance issues in Becker’s Carrying the Past, sound designer Scott Frasier did a nice job blending the live and recorded sounds, though I did feel that the quartet sound was a bit compressed and lacking in warmth. Laurence Neff’s lighting design was understated and beautifully coordinated with the music. Witnessing well-done stagecraft like that really makes me wonder why more groups aren’t employing it.
If this concert was about celebrating the vibrant San Francisco community of which the Kronos Quartet is a part, there was no better embodiment of this than the woman sitting behind me with her service dog. Before the concert started, one of the ushers said jokingly, “I hope your dog likes music,” to which the woman replied seriously, “Oh yes, she’s a long-time fan of Kronos.” When your hometown fans include multiple species, you know you’re doing something right.

*
Dustin Soiseth is a conductor and co-founder of The Loose Filter Project. He lives in Oakland.