It's Getting Hot In Here: Highlights from the 14th Austin Chamber Music Festival
NewMusicBox
Written By

It’s Getting Hot In Here: Highlights from the 14th Austin Chamber Music Festival

This is a big year for the Austin Chamber Music Center. It marks the 30th anniversary of the center itself, the 5th year with Michelle Schumann as director, and arguably the biggest year for its annual festival. Now in its 14th year and spanning more than two weeks, the festival features a wide range of performing groups, from the alt-jazz of Kneebody to the Tokyo String Quartet. This year’s festival also has a featured composer in Michael Torke, a first for the festival.

Since it’s hot all over, my normal summer scheme of getting out of Austin for a while (short of international travel) is just not happening. Many of the things that make this town so great—like hiking, outdoor festivals, and spicy breakfast tacos—prove to be a bit of a test for anyone wanting to enjoy them during the three-plus months of The Big Sun. Fortunately, it has worked in my favor this time around because if I’d been out of town I would have missed the Austin Chamber Music Festival.

This is a big year for the Austin Chamber Music Center. It marks the 30th anniversary of the center itself, the 5th year with Michelle Schumann as director, and arguably the biggest year for its annual festival. Now in its 14th year and spanning more than two weeks, the festival features a wide range of performing groups, from the alt-jazz of Kneebody to the Tokyo String Quartet. This year’s festival also has a featured composer in Michael Torke, a first for the festival. Though somewhat string quartet heavy (four groups in all), the festival still showed an impressive diversity of styles while maintaining a strong connection to traditional practice. 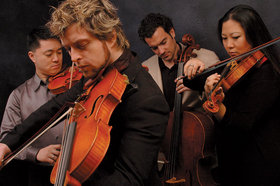 The opening concert featured the Miro String Quartet performing music by Kevin Puts, Michael Torke, and Phillip Glass. Puts’s Credo was commissioned by Miro in 2007 and has been in their rep regularly since then. Torke’s Mojave was commissioned by the 2010 Tromp International Music Competition and Festival and written for Colin Currie. Though written as a typical concerto, it was designed (as per the commission) additionally as a “chamber concerto” for marimba and string quartet. It was played wonderfully here by Miro and guest marimbist Thomas Burritt.

The second concert featured Anonymous Four performing music from Gloryland, as well as their trademark medieval repertory. Listening to A4 is a pin-drop experience, and while it’s not new music, it’s something everyone should experience. This concert was followed by the Vienna Piano Trio, who were joined by UT faculty Nathan Williams (whose recent performance of Gnarly Buttons was spectacular) and Naomi Seidman to perform Torke’s Telephone Book. 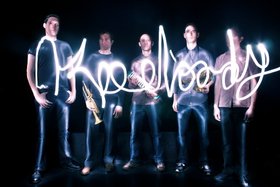 In a refreshing hard right turn for the festival (both in musical style, as well as venue) jazz improvisers Kneebody played at Austin’s famed Continental Club. As part of their show, they did an arrangement of Torke’s July. The original version is for saxophone quartet, but Kneebody’s re-imagined version for jazz quintet retained the spirit of the original while taking the piece in new and exciting directions. Their whole performance had the audience moving and was very well received. 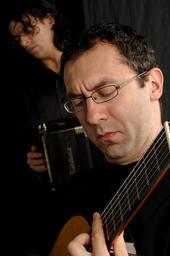 The Bandini-Chiacchiaretta Duo continued the festival’s migration from traditional chamber fare to the exotic with two sold-out concerts. ACMC worked in conjunction with the Austin Classical Guitar Society to present these guitar/bandoneon concerts, which is one of many examples of organizations working together to present music to Austin audiences. The Chiara String Quartet, fresh off their new recording of the complete quartets of Jefferson Friedman, marked the festival’s gradual return to tradition with a nod to the new with its performance of Torke’s Chalk. As with the Vienna Trio, the Torke was bookended by some real warhorses, which is perhaps advisable when presenting new music to an audience that, while interested in the new, is familiar with the old.

The penultimate concert was an all-Torke event with performances by ACMC Festival Artists and the Young Artists of the ACMC Academy. In its thirty-year history, the ACMC has taught thousands of students. Among its graduates are members of the National, Houston, Austin, and San Antonio Symphonies, as well the Jupiter and Maia String Quartets; a legacy which quickly became clear as the show got underway.

The concert featured three somewhat longer Torke pieces with no intermission, which is a formatting choice I hope to see more often in concert presentation. If we can sit through a movie without an intermission, we should be able to do the same for a concert. (Though I do occasionally have a tough time doing the former while watching movies at the Alamo Drafthouse, I imagine the beer might play a role there.) Anyway, this concert in many ways was the most successful of all (perhaps along with the Kneebody gig) in its ability to show how to program for the future, which should include the following concepts:

This does not mean that we have to be in rock clubs, abandoned buildings, or parking garages for new audiences to check out the tunes, nor does it mean that we should have 5th graders play woodblocks on our new piece so that parents will shell out for tickets. What it does mean is that we need to consider that the churches and halls where so much chamber music is performed feel like exactly what they are; frankly, a bit stuffy and not always inviting. Also, if we don’t get the kiddlywinks interested in playing newer music (in every way, including the experience of putting a piece together that they’ve never heard, especially in an environment where they can be coached by the composer) then they are going to likely spend all their time living in the past, which is no place for a kid. At least not exclusively… 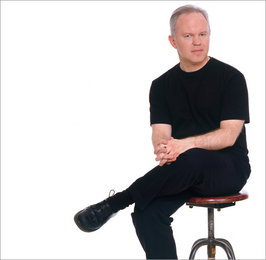 The concert began with Two Girls on a Beach, performed by Waterloo Sound Conspiracy which showcased Torke’s trademark bright pulsing rhythms accompanied by long, lyrical lines. This was followed by one of Torke’s older pieces, Music on the Floor, which featured ACMC Festival Artists along with Young Artists Luis Maria Suarez on violin and Arnold Rodriguez on cello. The latter were notable both for their age (high school, maybe?) and for their fantastic chops. This was not a piece for kids, and both performed at a very high level. It was fun to watch Festival Artist violist Aurélien Pétillot smile every time Suarez cleanly followed him in one of the many complex unison lines they shared. I hesitate to use the word “follow,” as they were clearly playing together, but you get my drift.

Finally, we heard the North American premier of Fiji, which utilized a chamber orchestra comprised primarily of the festival’s Young Artists. This is one of the pieces featured on Torke’s upcoming CD Tahiti with the Liverpool Philharmonic’s Ten/Ten Ensemble. It was a great closer for the concert, and though it seems like too many concerts end with a standing ovation, this one felt quite genuine and heartfelt.

Finally, the closing show of the festival featured the Tokyo String Quartet with the Aeolus String Quartet opening. Though the idea of an “opening” band, as well as the fact that Aeolus played Torke’s Corner in Manhattan, lent a “new music” element to the concert, it did make for a long show. Also, though Aeolus played fantastically, they suffered the fate of most opening groups, namely that no matter how well they play, most people want to:

And on that note, the Tokyo Quartet delivered, big time. They played Dvorak’s American quartet, Opus 96, Mozart’s Quartet in D Minor, K. 421 (only one of two in a minor key, though both are in D minor), and wrapped up the concert and the festival with Schumann’s Piano Quintet in E flat Major, Opus 44 with Festival Director Michelle Schumann on piano. The performance was what you would expect; beautiful, virtually flawless performances from seasoned veterans.

Bear in mind that the above concerts were just the main shows (actually, there were two other ‘main shows’ I couldn’t attend: one featured the Aeolus Quartet, the other was the 3rd Annual Gay Pride Concert) and so it does not take into account the DOZENS of other free events directly affiliated with the festival. Every “Austin Festival Thing” has its non-affiliated hangers-on who will slap SXSW or ACL on their establishment and get a drunken frat band to play in order to ride coattails, but this was quite different. The free shows, workshops, and master classes featured virtually every above-mentioned performing group, as well as Torke in multiple guises advising string quartets, composers, and coaching/conducting performances.

This kind of connection to the community plays a significant role in why the festival, which has grown every year since Schumann’s appointment as director, grew by 30% in the past year. Audiences want to be connected to music and musicians, and ACMC has shown that by bringing the community into the equation and making connections between the two “sides,” a better experience is had by all.

Now if they can only do something about the heat…