Indeterminacy 2.0: The Music of Catastrophe

Perhaps writing indeterminate music can be both a rewarding end in itself, and a path to finding that which indeterminacy can’t give us. 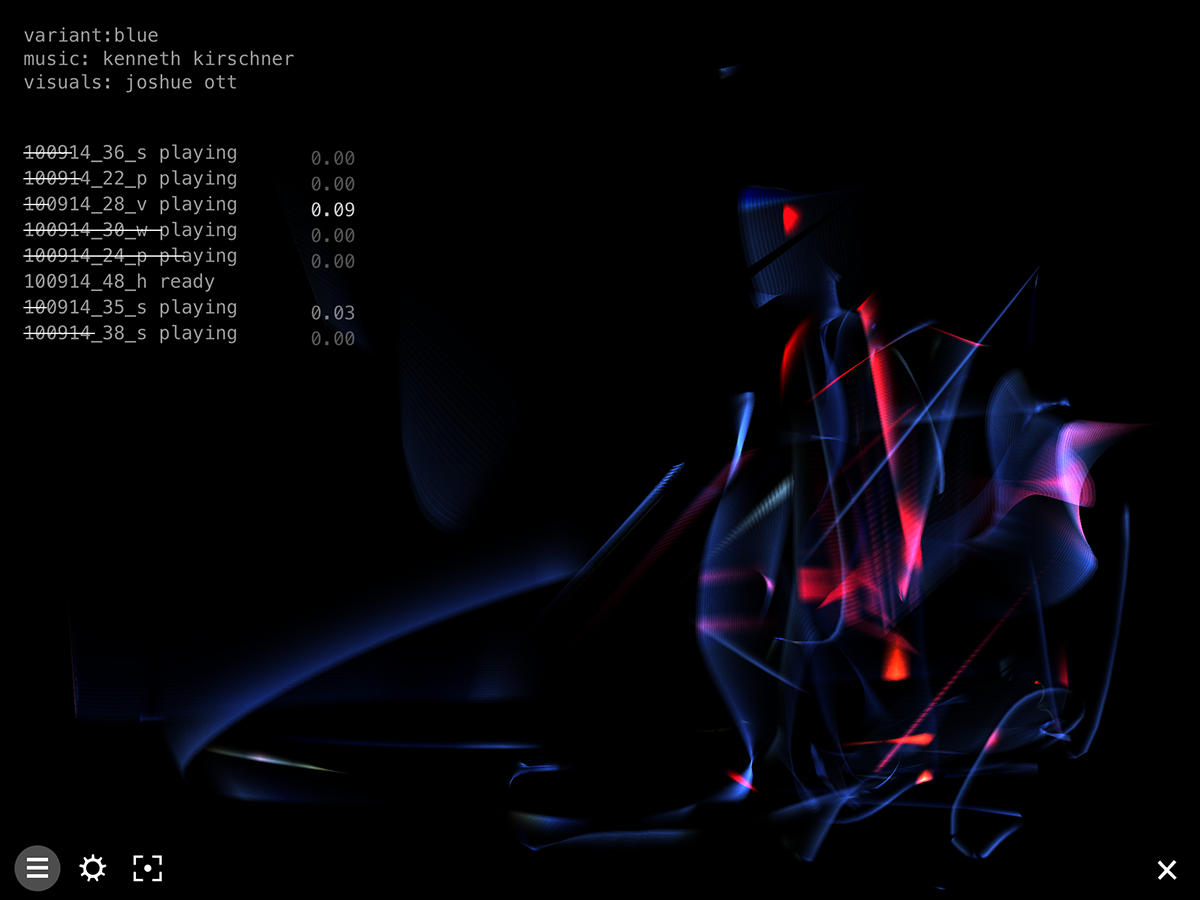 Image from variant:blue by Joshue Ott and Kenneth Kirschner

“An indeterminate music can lead only to catastrophe.”
—Morton Feldman

It’s a catchy quote, coming as it does from one of the founders of indeterminate music—but to be fair, we should perhaps let the tape run a little further: “An indeterminate music can lead only to catastrophe. This catastrophe we allowed to take place. Behind it was sound—which unified everything.”

To Feldman, indeterminacy was a means to an end—a way to break through the walls of traditional composition in order to reach the pure physicality of sound beyond. Just as Wittgenstein had dismissed his Tractatus as a ladder to be thrown away after it was climbed, Feldman climbed the ladder of indeterminacy and, having reached the top, discarded it.

Few of us will ever see as far as Feldman did from those heights, but in this week’s final episode of our series on indeterminacy, I want to talk a little about some of the smaller lessons I’ve learned from my own experience writing this kind of music.

My earliest experiments with indeterminate digital music grew as a logical progression out of the chance-based techniques I was using in my work at the time. For years I had used chance procedures to create rich, complex, unexpected musical material—material that I would then painstakingly edit. Chance was a source, a method for generating ideas, not an end in itself. But with each roll of the dice that I accepted as a final, fixed result, and from which I built a carefully constructed, fully determined piece, there was always a nagging question: What if the dice had fallen differently? Was there another—maybe better—composition lurking out there that I’d failed to find? Had I just rolled the dice one more time, rolled them differently, could I perhaps have discovered something more?

Indeterminacy became for me a way to have my musical cake and eat it, too. Rather than accept the roll of the dice as a source of raw material, I could accept all possible rolls of the dice and call them the composition itself. With an indeterminate work, there is no longer one piece, but a potentially infinite number of pieces, all of them “the” piece. Here was an entirely different way of thinking about what music could be.

Where does the composition reside? Is it in the specific notes or sounds of one particular score, one particular performance, one particular recording? Or is it in the space of possibilities that a particular composition inscribes, in the wider set of potential outcomes that a given system of musical constraints, techniques, or limits marks out? Even with a lifetime’s constant listening, it would be impossible to hear every imaginable realization of even a moderately complex indeterminate piece—and yet we still somehow feel we have grasped the piece itself, have “heard” it, even if we’ve directly experienced only a tiny subset of its possible realizations. Such a composition resides in a space of pure potentiality that we can never fully explore—yet in glimpsing parts of it, we may experience more music, and perhaps intermittently better music, than a single fixed composition could ever give us.

Accepting this is not without costs. The first, and very important, lesson I learned in writing indeterminate music was that I missed editing. There are for me few more rewarding aspects of composing than that slow, painstaking, often desperate process of getting things right—and ultimately, few more joyful. I love crafting and honing musical material, pushing ever asymptotically closer to some non-existent point of perfection that you imagine, however falsely, the piece can achieve. I love to edit; it’s what I do. And you can’t edit an indeterminate composition. An indeterminate composition is never right; it’s in fact about letting go of the entire idea of rightness.

So you gain something—a vaster piece, a piece that occupies a range of possibilities rather than being limited to just one—and you lose something. You lose a feeling of conclusion, of finality, that moment of true satisfaction when you realize you’ve pushed a work as close as you possibly can to what you want it to be. So yes, there are pros and cons here; this was an unexpected lesson for me.

I’ve always found, in writing music, that there’s an ever-present temptation to believe that we can find the right way of composing—the right method, the right process, the right set of techniques that will produce great results each and every time without doubt or hesitation. A final system of writing that will work perfectly, reliably, and consistently, once and for all. This is an illusion, and not just because there is no right method. There are many methods. Many musics. Many ways of composing. They all have their strengths and they all have their weaknesses.

Consider the Goldberg Variations. One could easily imagine making a Goldberg machine, a program or system for building new indeterminate Goldberg variations based on the same set of structures and constraints that Bach himself brought to the work. But then consider that final turn, those final notes, in the final aria of the Goldbergs. Could any blind system of chance find just those notes, just that turn, just that precise musical moment that so perfectly communicates with, speaks to, and completes the musical experience of the entire work? That one point in musical space is singular, and to find it requires the greatest intelligence and the greatest art. We haven’t yet built any machine, generative system, or set of axioms that could in a million years locate that one point in musical space; perhaps one day we will, but for now it is a place that no indeterminacy would ever stumble upon. It required a composer, and Bach found it.