Indeterminacy 2.0: How to Burn Your Harpsichord

Why should a recording be the same every time you listen to it? Until recently, this question wouldn’t even have made sense. But today there’s no reason why this must be the case. 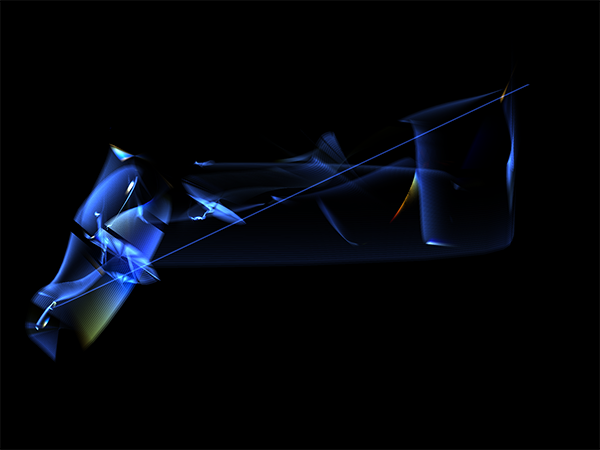 Image from variant:blue by Joshue Ott and Kenneth Kirschner

Do you know the Brandenburg Concerto where Bach kicks over the harpsichord and lights it on fire? You know, No. 5, with its ripping keyboard solo that can only be described as a sort of “Baroque shredding.” I’ve heard that solo referred to as an audition piece for Bach himself, who was known as a fearsome improviser and may have used it to pummel prospective patrons into submission.

I open a discussion of indeterminacy and digital technology with this anecdote because I think it’s important to remember that indeterminacy’s country cousin—improvisation—goes to the very roots of music as we know it and beyond. In fact, the question to ask may rather be one of where our notions of fixity and certainty in music come from. We barely even have a word for it—we don’t exactly talk much about “determinacy”—and yet beneath all our ideas about music runs this assumption: that a piece of music is a stable thing, that it has a fixed essence, that when we talk about the Brandenburg Concerto No. 5 we’re talking about THE Brandenburg Concerto No. 5. Not some crazy ephemeral solo Bach might have thrown in there one day.

Which is too bad, really, because it is only through chance, chaos, and the unexpected that music, like life, evolves. Perhaps there was once a time when music seemed less rigid, less fixed—a liquid, not a solid. Perhaps in an age of folk songs, of an unpredictably malleable oral tradition, a more fluid image of music might have held. But something changed that, and I would suggest that it was the advent of the score—of a written tradition in music. With that, the possibility of a true text, a stable essence of a fixed piece of music, locked down once and for all forever, comes into being. And the fixity of the score, the perceived tyranny of its certainty and stability, was very much what Feldman, Cage, and the composers of the New York School of the 1950s were rebelling against when they pioneered our modern ideas of indeterminate music.

But there is another form of stability in music as we know it today, another kind of “determinacy” that underlies our sense of what music is, and can be: the recording. From 1877’s first needle drop onwards, we have known music as much from recordings as we have from scores—and for non-musicians, much more so. The recording has conquered the world, and in doing so has become music’s new fixity—its new certainty.

But why should a recording be the same every time you listen to it? Until recently, this question wouldn’t even have made sense. You had to physically scratch the sound onto those old wax cylinders, and one can only imagine the mess it would have been to try un-scratching it. You can’t re-lathe a vinyl record, or reach into an old-fashioned compact disc and start moving those microscopic pits around. But our notions of what our recordings are have not kept up with what our recordings actually are: digital data. Code. Our recordings are no longer hardware—they’re software. And yet we listen to an mp3 or an online music stream in the exact same way in which we have listened to CDs, vinyl records, cassettes, 78 rpm phonographs, wax cylinders—starting at the beginning, playing linearly to the end, and hearing music that’s exactly the same on each listen.

But there’s no reason why this must be the case. With digital music, it’s possible to build complexity, chance, and intelligence into the recording itself, to create a music that is ever-changing and open-ended, indefinite in duration and indeterminate in composition—to create an indeterminate recording. A listener can press play on a piece of recorded music that will be different on every listen, that can be heard for as long or as short a time as they wish, and that will continually grow and evolve for as long as they choose to listen.

On and off over the last decade, I’ve been experimenting with developing just this sort of music—with some successes, plenty of failures, and hopefully a little insight along the way. This series of articles will describe some of those experiments, others that haven’t yet been tried, and the hopes and ideas underlying them, all on the theme of the possibilities that exist at the intersection of technology and indeterminacy. Tune in next week for an attempt to figure out exactly what it is we’re talking about here. 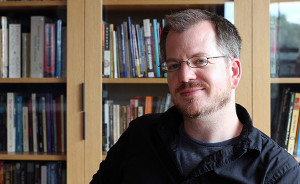 Composer Kenneth Kirschner was born in 1970 and lives in New York City. His music is freely available at kennethkirschner.com.