In the Name of “Research”

We wanted to use sexuality as the “in”: a topic that might intrigue a wider audience, maybe even get someone to attend their first opera. Getting people in the door is key.

I’ll get to these questions in a moment, but first, a little background.

Our goal was to create a relatable opera on contemporary subjects that doesn’t rely on shock effect, blatant nudity, or victimization; there are plenty of composers, librettists, and indie opera presenters doing that already. We wanted to use sexuality as the “in”: a topic that might intrigue a wider audience, maybe even get someone to attend their first opera. Getting people in the door is key. Opera companies spend a lot of time and money on productions, so you’d better be absolutely sure that they aren’t wasting money on you.

Opera companies spend a lot of time and money on productions, so you’d better be absolutely sure that they aren’t wasting money on you.

As an aside, when deciding whether to adapt a pre-existing text or to create something entirely new, there were many factors to consider. Opera companies are obviously eager to fill the house every night and want to commission works that will have longevity. On one hand, creating entirely new stories that cannot be easily referenced by concertgoers is incredibly risky. On the other hand, using a pre-existing text (a novel, for example) as the basis for a libretto can be very expensive. We chose to take a chance and create a new libretto. After all: if the music is brand new, it’s always nice to have an original libretto as well.

Each act engages in a subtle dialogue with a classic work from the repertoire. We set out to write an opera firmly within the operatic tradition—foregrounding narrative, character, and conflict, and containing 12 distinct arias! My personal goal was to create an opera that is rich and complex; full of leitmotifs, chromatic yet melodic, and with engaging recitative and witty lyrics, which David provided. From the beginning, we wanted to craft an opera that is as engaging to the ear as it is to the mind and heart.

We took a chance by creating something that could be viewed as too risqué, but there are many classics that are similarly provocative—including several warhorse operas. From Mozart (Don Giovanni) to Bizet (Carmen) and Strauss (Salome), there’s no shortage of sexual obsession or excess in the classic repertoire. The main difference is that ours is in English and contemporary, so it’s more visceral than work in Italian or German from one or two hundred years ago. Shocking subjects and language can often hide behind the veil of a foreign tongue and historic settings. Furthermore, we don’t actually use nudity or (much) obscene language. It’s a PG opera in R-rated clothing.

Before discussing the research that went on behind the scenes, it makes sense to give a brief outline of each act. The acts are designed to function as both a full-evening set and individually.

Act I, The Companion, is about Maya (soprano) and her live-in lover Joe (tenor), a biomorphic android. Joe caters to Maya’s every need, but she wants more spontaneity, more realism. After tech worker Dax (baritone) from Dream Companions performs an upgrade, Maya regrets the new, aggressively masculine Joe. This opera is faintly inspired by Act I of Offenbach’s Tales of Hoffmann, the “Olympia” episode. Only here, a woman has fallen for a “wind-up” man.

The final act, Masquerade, takes place at a swinger party where three couples and their hosts explore the boundaries of sexual expression. But this party is different: all the guests must put on masks and robes and not say their names. The confusion and excitement that results prompts shyness in some and boldness in others. The influence here is Mozart’s Così fan tutte, the classic about love, disguises, fickleness, faithfulness, and losing yourself to find yourself. (It’s also in the operatic tradition of masked balls, explored by composers as diverse as Verdi, Nielsen, and Johann Strauss II.)

Like any good creative team, we did our research. The Companion was the easiest in that respect. We are both around the same age, so we both grew up absorbing the same sci-fi books and movies, and are both deeply involved with technology in our daily lives, so this part wasn’t as difficult. We have both absorbed plenty of books and movies that reference these subjects, whether 2001: A Space Odyssey, books by Isaac Asimov, or movies like Terminator and Blade Runner. David being David, and ingenious, included plenty of clever references in the first act—virtual Easter eggs for nerdy, sci-fi types like ourselves.

Finally, for Masquerade, in the name of “research,” my wife Victoria and I went to an actual swinger masquerade party. There were more than four couples at the party, but for the sake of the structure of the opera, as well as practicality (more singers, more money), we stuck to four couples in Masquerade. The folks we met at the party were incredibly nice, and, as in the opera, from all walks of life. No one was forced to do anything they didn’t want to do, and it was, in many ways, similar to the opera. Some people were down to earth, some more formal, some were experienced swingers, others were “newbies,” and so on.

David and I talked constantly about whether the situations we presented were realistic or not. If something didn’t ring true to the characters or the rules of our world, we tried to address it. Not that we treated the opera like a documentary or an academic treatise, but we wanted people who have had these experiences leaving the theater feeling like these stories might actually be somewhat plausible.

Having said all this, I don’t necessarily think we needed to experience every situation we wrote about firsthand, or be the characters, in a method-acting sense. I think there’s too much of that these days: the notion that you shouldn’t write about the BDSM scene unless you’ve actually been a domme or a sub; or that you can’t write about being a soldier if you haven’t been on the front lines; or that if you’re a straight, white, cisgendered male of European descent, you can’t write a story about lesbians, a postgender couple (like our Kyle and Tyler in Masquerade), or Mexican immigrants crossing the border. Artists who are good at their work will bring the characters and situations to life without needing to be the characters. If the work succeeds, audiences will empathize and identify—while maintaining critical distance. As the Roman playwright Terence put it, “I am human, and nothing which is human is alien to me.” Of course, as we show in The Companion, it’s hard to tell what being human is anymore.

In the end, what really matters is people leaving the theater after a great evening, having enjoyed the work. There are plenty of laughs, but also moments of melancholy, weirdness, even terror—you know: opera. If they really like it, maybe they’ll tell their friends and attend more opera themselves—new ones or classic titles. Maybe all of that research will pay off; we’ll find out this June at BAM.

Three Way received its 2017 premiere in a co-production by Nashville Opera and American Opera Projects, as well as developmental support from American Opera Projects’ Composers and the Voice and First Chance programs, Fort Worth Opera’s Frontiers program, and Opera America’s Repertoire Development program. More details about the June 15-18, 2017 production at BAM Fisher, including ticketing information, is available on the website for the Brooklyn Academy of Music. 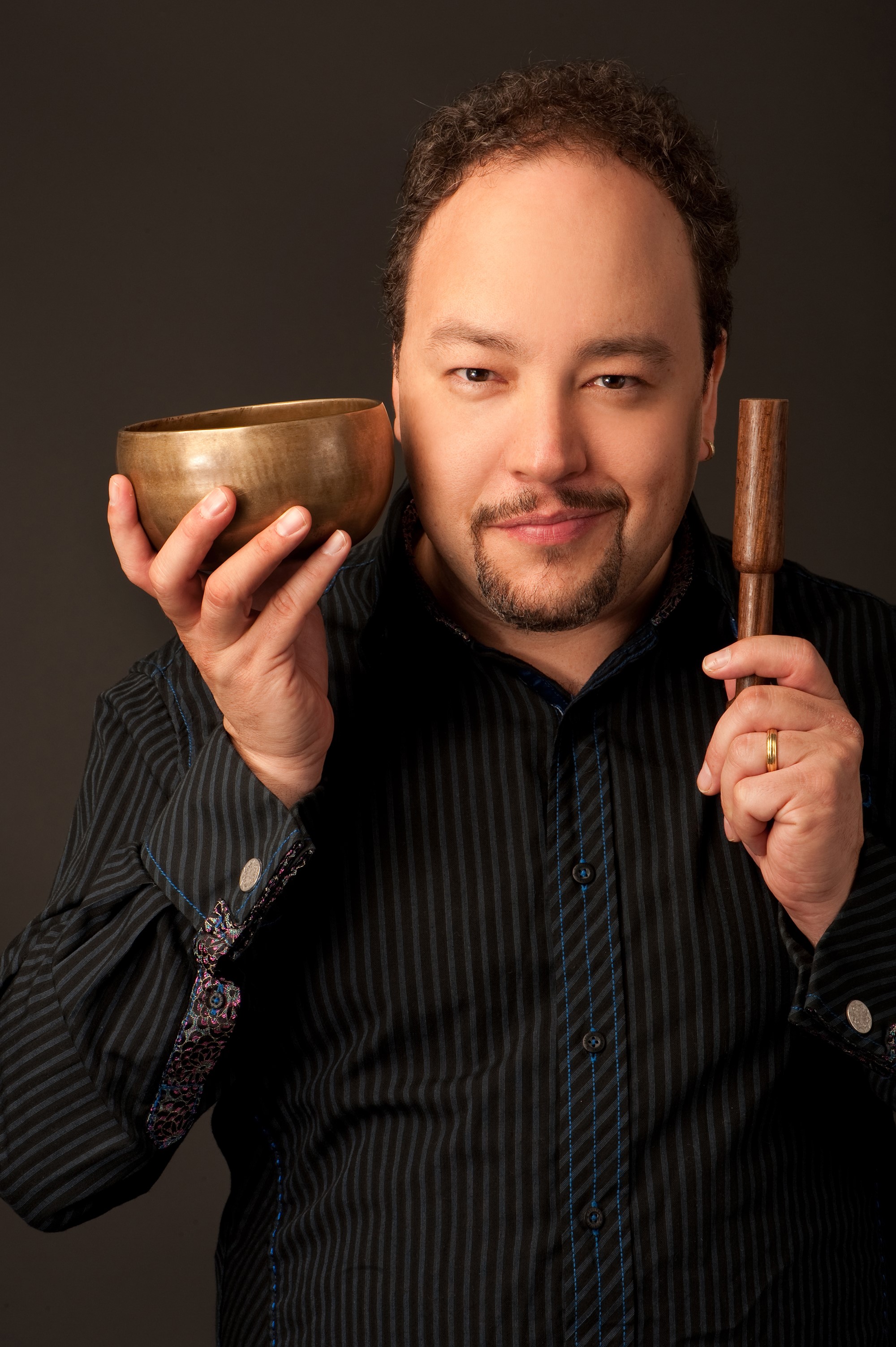 Praised for his wonderful sense of color, as well as for embracing beauty and lyricism in his vocal music, Robert Paterson was recently named The Composer of The Year by the Classical Recording Foundation with a performance and celebration at Carnegie’s Weill Hall. His music has been on the Grammy ballot yearly and was named “Best Music of 2012” on National Public Radio. His works have been performed and professionally recorded by over one-hundred orchestras, chamber groups and choirs, and he’s been fortunate to win many awards for his work, in virtually every classical genre. He lives in New York City with his wife Victoria, a professional violinist, and their son Dylan, and is the artistic director of both the American Modern Ensemble and the forthcoming Mostly Modern Festival.