In Response: You’re an Artist AND an Entrepreneur

No authentic, talented artist is ever going to forget the importance of the quality of the art that they create just because they wish to earn a living from it. Only once an artist has wrangled those ingredients can they attempt to monetize them. 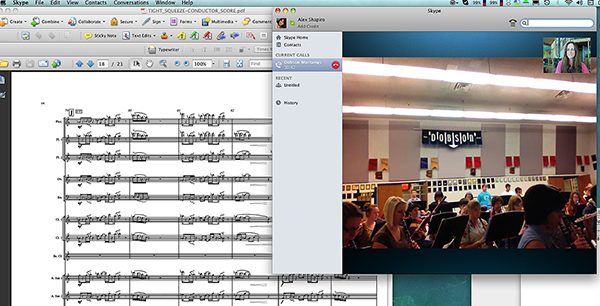 Since my How to Procrastinate Like a Pro manual tells me that it’s more fun to volley back to R. Andrew Lee’s essay “You’re an Artist, Not an Entrepreneur” rather than do any of the work looming in front of me, I’m responding in what I hope will be read as a good-natured manner.

The dictionary graphic at the head of his post informs that an entrepreneur is “a person who organizes and manages any enterprise, esp. a business, usually with considerable initiative and risk.” I’d say these words precisely sum up any artist attempting to create income from their art.

The problem is that, in pursuit of the empty promises of entrepreneurship, we seem to have forgotten who we are. 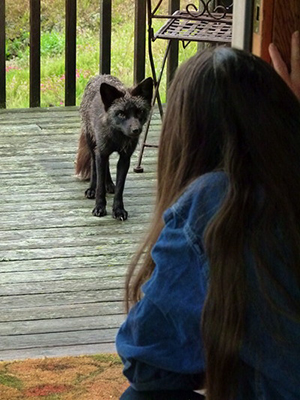 Alex, getting advice from the field.

Uh-oh, you mean it’s either/or, and no one told me? Thanks to my driver’s license, the label on all those stupid catalogs stuffing my mailbox, and a cheap bathroom mirror I check daily, I have yet to forget who I am (though as age advances, I’m sure that day will be upon me soon). Even the IRS loves to remind me that they know who I am. How thoughtful of them.

But seriously: no authentic, talented artist—you included, Andrew—is ever going to forget the importance of the quality of the art that they create just because they wish to earn a living from it. A fine chef who opens a restaurant wouldn’t be accused of losing focus and creating lesser dishes. Indeed, knowing that the cuisine will be consumed by a paying public might inspire the chef to offer an even more sophisticated menu.

If I have achieved some success in music, it is all too easy to point to these things and say, “Aha! Entrepreneurship wins the day.” Let us not forget, however, that correlation does not equal causation. To describe me as an “arts entrepreneur” (or Chase, for that matter) is bad for everyone.[2] It seems to imply that business savvy is what defines me and ignores the plethora of other skills, artistic and practical, that have brought me to where I am.

I don’t know anyone would who chalk up your, or any able artist’s success merely to business savvy. (Sure, we all occassionally make snide remarks about a few “emperors without clothes,” but that’s to be expected and keeps us entertained.) Talent, and offering something that others want to experience, is the first and most essential part of the equation. Only once an artist has wrangled those ingredients can they attempt to monetize them. Should you, or Ms. Chase, or any other artist also be defined as an arts entrepreneur, that’s simply a nod to your capabilities. The E-Word is not a four-letter profanity, I promise!

We are not creating new industries or products, nor are we objectively improving on the past.

Google Glass, and the uses of wearable tech like MIDI gloves that control artistic outcome, are two of many examples of something new. Another is one of my own many income streams: webhearsals, in which a composer is Skyped into rehearsals and concerts all over the world to coach and speak about her or his music. That’s a new industry, using a new (as of maybe five years ago) product. One could argue that the ability to work with and inspire musicians around the world, in real time, “objectively improves on the past.” 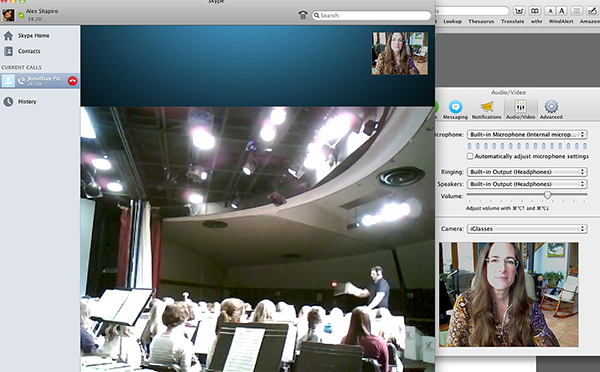 Screenshot from a recent Skypehearsal

It makes me particularly sad when a talented musician chooses to think that what he does is not useful. Art is not “useless.” Now, some artists like me may be useless before our first cup of coffee, but at least we can enjoy knowing that our music is being used, in lots of wonderful ways.

If music didn’t serve an important purpose, there wouldn’t be thousands of years worth of the stuff. On a human level, music is exceedingly useful in keeping our collective mental health in check; just ask any teenager who can’t live without their mp3 stream of love and breakup songs, or any adult reliant on the radio to get them through the travails of drive-time rush hour. We rely on art to improve our lives. Humans do, indeed, need music—maybe not as immediately as water, food, and shelter, but then again, all the other things that might be placed into the “useful” category like a grocery cart, a shoe repair shop, and an excellent chocolate mousse recipe, don’t rank high up there with survival, either. And yet, they are considered useful. (Personally, I rank the mousse right up there with survival.)

As Anne Midgette reported in her recent article for The Washington Post, the U.S. government spends hundreds of millions of dollars each year on its military bands—which means paying for conductors, instrumentalists, and…composers! I guarantee you that if the government didn’t think music was useful, it would just continue to waste its money on $600 hammers instead (a 1980’s reference) and not on symphonies, fanfares, tone poems, and elegies that make people feel something emotionally.
To continue from the same Gervais quote,

…Entrepreneurship is scarcity-based, individualistic, inherently objective, and pragmatic by design.”

I certainly don’t adhere to the belief that it’s scarcity-based. Like many of my colleagues, I take the opposite approach, and do my best to share whatever information I come across if I think it’ll be helpful to my peers. This only seems to brighten my own career, not threaten it. And, entrepreneurship is not necessarily “pragmatic by design.” In fact, a very keen entrepreneur uses his or her creative mind to a tremendous degree in order to resist thinking pragmatically, and instead, to be able to be visionary and gaze far beyond the practical.

Another great promise of entrepreneurship in the 21st century is that technology allows everyone to be a content producer while the cost of distribution has been essentially reduced to zero.

Ooh, gotta be careful here, because this is a misleading statement. Let’s remember that there are many costs associated with creating content that is to be distributed, even if a cat can accomplish the act of slamming his paw on the UPLOAD key. (Um, yup, that’s actually happened to me.) In fact, we all know that it’s the false sense of “hey, music on the net should be free since it’s only in the air and doesn’t cost anything” that’s gotten our art into a pickle.

Whether it’s the undefinable cost of the creative time from the artist’s life, plus the cost of the instruments and computer gear needed to create and post the resulting music, or if it’s the more notable hard costs of all that, plus recording studio time, musician fees, music preparation, and printing services, there are potentially thousands and thousands of dollars worth of costs associated with getting our work out to the public. As I mentioned earlier, hey, just ask the IRS. Even if the artist is merely uploading a well-intoned post-IPA burp into their iPhone, there are still costs: the phone, the cell service, and of course, the beer [beellllch!].

So I would alter the following sentence,

…when anyone can produce and distribute content for free, it becomes difficult to convince anyone to pay for it.

To the even more damaging truth:

Despite how much money we invest in distributing our art to the public, it becomes difficult to convince anyone to pay for it.
And this is where entrepreneurship comes in: when we step outside of our private writing spaces and make ourselves relevant to audiences in any of a hundred different ways, that’s how we build an affinity that will be more successful at encouraging people to pay for what we create.

You’re absolutely right, Andrew: the marketplace isn’t beholden to artists, just as it’s not beholden to anyone else on any other career path. If we seek remuneration for our work (and it’s fine if we don’t), then each of us has to make an effort to reach the hearts and wallets—usually in that order—of those with whom we wish to connect. There’s no need for the doom-and-gloom thinking of “there’s too much classical music.” Like chocolate mousse for those who love dessert, there really can’t be enough of it. Our task is to find and cultivate the supportive gourmands around the world who’d love to try our recipe, if only they knew it existed. Bon appétit!

Composer Alex Shapiro aligns note after note with the hope that at least a few of them might actually sound good next to each other. Her persistence at this activity, as well as at non-fiction writing, public speaking, wildlife photography, and the shameless instigation of insufferable puns on Facebook, has led to a happy life. Created from a broad musical palette that defies genre, Alex’s acoustic and electroacoustic works are performed and broadcast daily across the U.S. and internationally. Ms. Shapiro’s pieces are published by Activist Music, and can be found on over twenty commercially released recordings from around the world. She is the Symphonic and Concert writer representative on the ASCAP Board of Directors.