Impossible, You Say?
NewMusicBox
Written By

Some pieces of music that now seem impossible to perform will be child’s play in the future; others are purposely written that way to create a specific type of interpretation—one that audibly conveys the struggle of getting through it. But then there are pieces that are just unplayable; I might have written one.

A few years ago I composed a piece of music that I now reluctantly believe is unplayable as I originally conceived it. I know there’s a whole tradition of music that seems impossible in one generation but eventually becomes common practice—the late Beethoven quartets and Varèse’s Ionisation immediately come to mind; good company to be lumped with for sure, but a rather arrogant thought which is not my intention. I also know there’s a whole compositional style involving the notation of music that a player couldn’t possibly play, in which the struggled-through attempt at a realization is actually the desired performance; but that’s not where I’ve ever come from aesthetically. 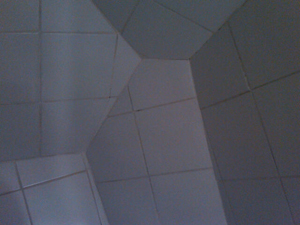 While I love cool patterns like the one above, I worry that my fixating on them sometimes neglects the human element necessary to make something that is hopefully even more meaningful.

Some people might chalk up the creation of an unplayable piece to an over-reliance on computer notation and playback. Our current technologies can undoubtedly provide composers with a false sense of security. But that’s not exactly what happened in this particular instance. I had a crazy idea that quickly morphed into a full conceptualization without any computer assistance before I actually sat down to write out the specific notes. (Without getting too deep into the details here, the idea involves an elaborate, but hopefully audible, permutation of a microtonal scale involving metric modulations.) In fact, when the time came to start digitally engraving the work, in order to get Sibelius to notate and create a MIDI mock-up of what I had imagined, I had to hack some of its protocols. It turns out that my initial idea resulted in music that was significantly challenging to play even on a computer. At that point perhaps I should have known better than to plunge full on into something that would inevitably be even harder for a human performer to do, especially since most of the time I am not terribly interested in composing music for machines and difficulty for difficulty’s sake is never my goal.

The problem has been gnawing at me ever since. Was the conception inherently flawed? Was it ultimately unmusical? Could there be a way to change some of the piece’s more unfeasible aspects in a way that would still faithfully convey the original idea? From the beginning, specific pitch frequencies didn’t matter to me, only maintaining the precision of the relationships between them. So the piece could be transposed to any key and be perfectly fine. Timbre and dynamics were also not an overarching concern. I never had a specific instrumental sonority in mind and it could be as loud or as soft as a player desired as long as it was consistent throughout. However, the specific tempos I chose and the relationships between them seemed essential, so I was much less willing to be flexible about them. The piece, as I had originally written it, begins with a series of arpeggios at a somewhat normal-sounding speed, but through a series of gradual tempo shifts, they are transformed into frenetic cascades of notes that are just not doable by a human being. However, if it is slowed down to the point where that final section can be played securely, the opening sounds interminable.

Over the weekend I communicated with a musician who has taken on the Herculean challenge of trying to make this piece into music somehow. I changed the register of some pitches here and there, and came up with a series of tempos that begins slightly slower than I’d like and ends slightly faster than the performer is currently comfortable with. Both ends probably need to be finessed a little bit more to prevent the performance from being either a drag or a train wreck, although hopefully this will happen in a way that won’t erode the perceptibility of the rhythmic design of the piece. I’m finally convinced it might be doable and that an interpretation can be realized that is faithful to the spirit of the original idea.

Over the years I have heard too many stories about composers who assume performers’ claims of something being unplayable are a byproduct of laziness or lack of technique, and performers who assume composers’ less seemingly practical desires are the result of being out of touch with reality. Compromise is ultimately at the core of music’s viability—whether in composition or performance or the act of listening. I’d be curious to hear about others’ experiences in this realm, as composers, interpreters, or listeners.