If the Medium Is the Message, Then Who Should Sing It?

Why is it so challenging to find the right singers to fit the bill, and is there value in writing for and/or casting singers who specialize in the “wrong” style as dictated by the form? 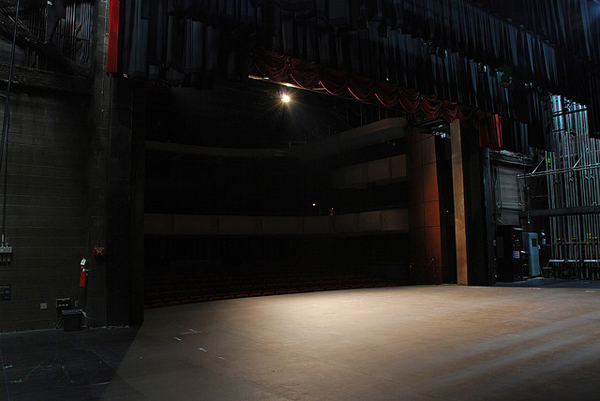 Photo by Max Wolfe. (This image is in the Creative Commons and is available on Flickr.)

Composers of new music theater depend on singers to bring their characters to life. From conception to casting, we often face a difficult choice: who should be performing this material? As the stylistic divide between contemporary opera and musical theater continues to widen, how do we who write crossover material manage to avoid compromising our original intentions? Why is it so challenging to find the right singers to fit the bill, and is there value in writing for and/or casting singers who specialize in the “wrong” style as dictated by the form?

Once upon a time, the conventional wisdom was that classical training was the best foundation for all styles of singing, but that no longer seems to be the case as “legit” singing has fallen out of fashion in new musical theater writing. Of course vocal training for classical music and vocal training for musical theater need different foci, to an extent. Each requires meticulous attention to a separate set of performance traditions. American musical theater is mainly in English; opera singers need to master diction in several different languages. Musical theater performers must produce a healthy sound that will serve them for eight performances every week; opera singers must produce a healthy sound that reaches a hall of 4,000 sans amplification. Training programs have grown to address these individual needs, but they seldom cultivate all that musical theater and opera have in common. New York University offers two different voice curricula, one singer-focused at the Steinhardt School, and one actor-focused at Tisch. These programs do not share resources. Last year I had some opera scenes staged at a top conservatory. Students were required to audition with 20th-21st century arias in English, and they were encouraged to have musical theater songs ready as well. I was shocked to find that many of them did not have any English arias, and the only soprano who knew a musical theater song had to run to the school’s library in the middle of the audition to get sheet music for the pianist since it was not officially part of her repertoire.

I have not taken a voice lesson in eons, and I do not pretend to be an authority on the subject. But as I sit on the other side of the audition table now, I am well aware that the current gold standard for contemporary musical theater writing and performance is now this.

(Full disclosure: I am glad that it has spoken to millions around the world, but it is neither my personal preference nor my strength. I feel like people singing in this manner are yelling at me, and as a New Yorker I encounter enough yelling in my daily life as it is.) Thus I have surmised that there is now a vicious cycle at play: since Wicked and other shows written in that style are the plum gigs, it is important to possess the requisite vocal skills to snag them. So the premier training available for musical theater singers skews to that, whether or not it is what the singer’s voice naturally wants to do. Indeed, several singers I know have expressed frustration that, after many years of hard work, they have had to start their training all over again to build a more acceptable and marketable sound for Broadway. It is now possible to belt the high G flat in “If I Loved You” from Carousel and book the job—I have seen this happen.

The unfortunate old maxim endures: opera is all about the music, and musical theater is all about the text, so one demands top-notch musicianship while the other just requires better acting. I believe writers and performers all do themselves a disservice by using this yardstick. It creates stumbling blocks between all of us that don’t need to exist. Here’s one example: once in an opera workshop the conductor called me out for a lack of dynamics and articulations in my score. I couldn’t justify it at the time, and later I realized I’d gotten into a habit of under-articulating because I was so used to anticipating musical theater singers forging ahead fortissimo all the time, regardless of what I’d indicated on the page. I wasn’t communicating properly because I didn’t inherently trust the excellent performers around me. Here’s another: when I recently asked a well-known musical theater actress to play a role in my opera that would utilize her puppetry skills perfectly, she declined mainly because she was intimidated by opera as a whole. I even set about rewriting the part for her, but ultimately it was a missed opportunity to collaborate.

So what happens when we sit down to write with all of this in mind? Musical theater pedagogy guru Jeannette LoVetri talks about “the newer crop of composers who write for their own ears.” In context, she is referring to those who ignore practical technical considerations in favor of impressive vocal lines, and I am definitely not advocating for that. But when it comes to figuring out what timbre is best suited for each role we write, we must be true to our own ears. As the Baker’s Wife sings in Into the Woods, “Is it always ‘or’? Is it never ‘and’?” Mark-Anthony Turnage and Richard Thomas’s Anna Nicole was cast with a mix of opera and theater singers. Heiner Goebbels’s Surrogate Cities originally featured an operatic mezzo but later starred Jocelyn B. Smith, who bills herself as a soul singer. Both renditions of “Dwell Where the Dogs Dwell” (which starts here around 3:45) in that piece are equally arresting for completely different reasons. The rules are just not so hard and fast.

As my own opera makes its way through the developmental process and I am repeatedly asked to choose between opera and musical theater singers for the various roles, I continue to answer that question with only a question mark. I think there is something in the disconnect that’s worth exploring, a sort of aesthetic friction that happens when a line obviously steeped in musical theater tradition is sung operatically and vice versa. The more singers I meet in both genres, the more possibilities open up. As long as the dramatic moment allows for the “wrongness,” it’s just one more wrench in the theatrical toolbox to create a heightened world.