How To Be Culturally Relevant

Whenever I hear words like “relevant” or “important,” I always want to ask, “relevant or important to whom?” While I do think the audience for classical music, and new music in particular, could be larger than it currently is, I’m usually pretty skeptical of “cultural relevance” as a concept. But something happened recently that made me reconsider. 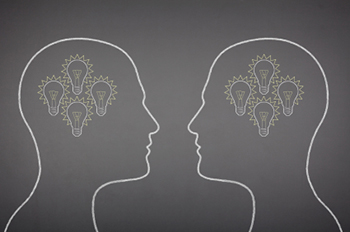 Composers spend an awful lot of time worrying about whether or not what we do is culturally relevant. Many discussions start from the assumption that it’s not; the only question is how we’re going to make ourselves relevant before our art form shrivels away like a neglected houseplant.
Whenever I hear words like “relevant” or “important,” I always want to ask, “relevant or important to whom?” When that detail is left out, these words become codes or shorthands: “important” means “important to Serious Art People,” and “relevant” means “relevant to Real-World Audiences.” But “Real-World Audiences” is a code too, because the people who use the phrase seem to have a pretty narrow idea of who counts as real. Other musicians? Not real. Artists in other media? Not real. College students and faculty? Not real. People over 40? Not real. You can sell out a huge concert hall, but if everyone there falls into one or more of the above categories, you’ll still have people citing your show as evidence of classical music’s imminent demise. Because when people say “culturally relevant,” what they really mean is “relevant to young people with mainstream tastes.” And “mainstream tastes,” unfortunately, doesn’t include classical music.

No other form of experimental music-making holds itself to this kind of standard. Japanese noise artists, for example, don’t seem to worry about whether or not their enthusiastic but small audience is a “real-world” one, and I’ve never heard anyone say that in order for them to justify what they’re doing, they have to appeal to people who aren’t interested in what they’re doing. “Why should non-mainstream music reach out to wider audiences?” asked Masami Akita in a recent interview. “These days, everything is diversified and it’s OK to have many different non-mainstream musics for non-mainstream music lovers.”

I actually do think that outreach is important and valuable. And I think the audience for classical music, and new music in particular, could be larger than it currently is. But our habit of dismissing the audience we already have as “unreal” has made me pretty skeptical of “cultural relevance” as a concept.

And yet something happened recently that made me reconsider. I’d been listening to Weird Sister, the newest release from a post-punk band with the wonderful name of Joanna Gruesome, and at a certain point I noticed something odd. The album reminds me by turns of Sonic Youth, Pixies, Bikini Kill, My Bloody Valentine, Splendora—but nothing that’s happened since. It’s not that the band doesn’t have an original voice; it’s that they sound like a band with an original voice from 1993. I like them, but I can’t figure out how to plug them into the cultural landscape of 2013.

I don’t think it’s bad to make something that seems like it’s from another era. There’s room in the world for all kinds of art, and that includes retro art. But I also think that “how does this relate to other things from its own time?” is a more productive question for composers than “does this appeal to young people with mainstream tastes?” And those relationships can pop up in unexpected places. Sometimes, if you zoom out far enough, even the most seemingly hermetic avant-garde music sounds like it’s having a conversation with other styles and genres from the same era. Just look at Boulez’s Le marteau sans maître, whose instrumentation—including alto flute, guitar, vibraphone, xylorimba, and bongos—wouldn’t be too out of place on a 1950s exotica or lounge album. I also remember listening to a 1973 recording of André Boucourechliev’s open-form composition Anarchipel and suddenly being struck by how much certain dense, skittering passages reminded me of Alice Coltrane’s Universal Consciousness, released two years earlier. Were those connections intentional? Probably not—but there was something in the air.
Those are isolated examples, but sometimes a single idea will show up again and again, across multiple styles and media, in a particular period of time. For example: the collage boom of the 1960s, which showed up in avant-garde composition (Berio’s Sinfonia, Stockhausen’s Hymnen), in psychedelic rock (“Revolution 9,” early Frank Zappa albums), in Pop Art (Tom Wesselman, Robert Rauschenberg), in films both experimental (Jan Švankmajer’s “Historia Naturae, Suita”) and mainstream (the acid-trip scene in Easy Rider), and even in advertising (“The Paperwork Explosion,” an IBM promo by a young Jim Henson).

Another example, which doesn’t get talked about as often: all the art from the 1980s that depicts a world made inhuman by suburban sprawl and global technological networks. You see it in contemporary opera (Robert Ashley’s Improvement and eL/Aficionado), in New Wave (Gary Numan and Thomas Dolby), and in whatever you want to call Laurie Anderson’s Big Science (“take a left at what’s going to be the new sports center, and keep going until you hit the place where they’re thinking of building that drive-in bank”). You also see it in the hyperreal domestic photographs of Tina Barney, the ultra-stylized suburbia of Bruce Charlesworth’s installations, and the Talking Heads’s film True Stories.

All the articles I’m writing for NewMusicBox this month deal with the issue of composers drawing on sources outside the perceived mainstream of “new music.” Last week, I took issue with one of the common arguments against it, but I didn’t say anything about why someone would want to do it in the first place. Different composers will give different answers, of course. But one possible reason is that when artists who work in different styles, in different media, and at different levels of mainstream exposure share ideas, they can create something larger than themselves—a complex tangle of interconnections that links their work together and gives it extra layers of meaning. And I’d like to think that if composers participated more often in these artistic conversations, they might not worry so much about being culturally irrelevant.

One final note: a few people were concerned that my previous article didn’t address the political and ethical issues that come up when different artistic cultures interact with each other—and I’m sure some of you were thinking the same thing as you read this one. No need to worry: that’s exactly what my next article is going to be about. See you in a week!