A musical idea can be a highly effective conduit for communicating, understanding, and encapsulating human experiences of the natural world. 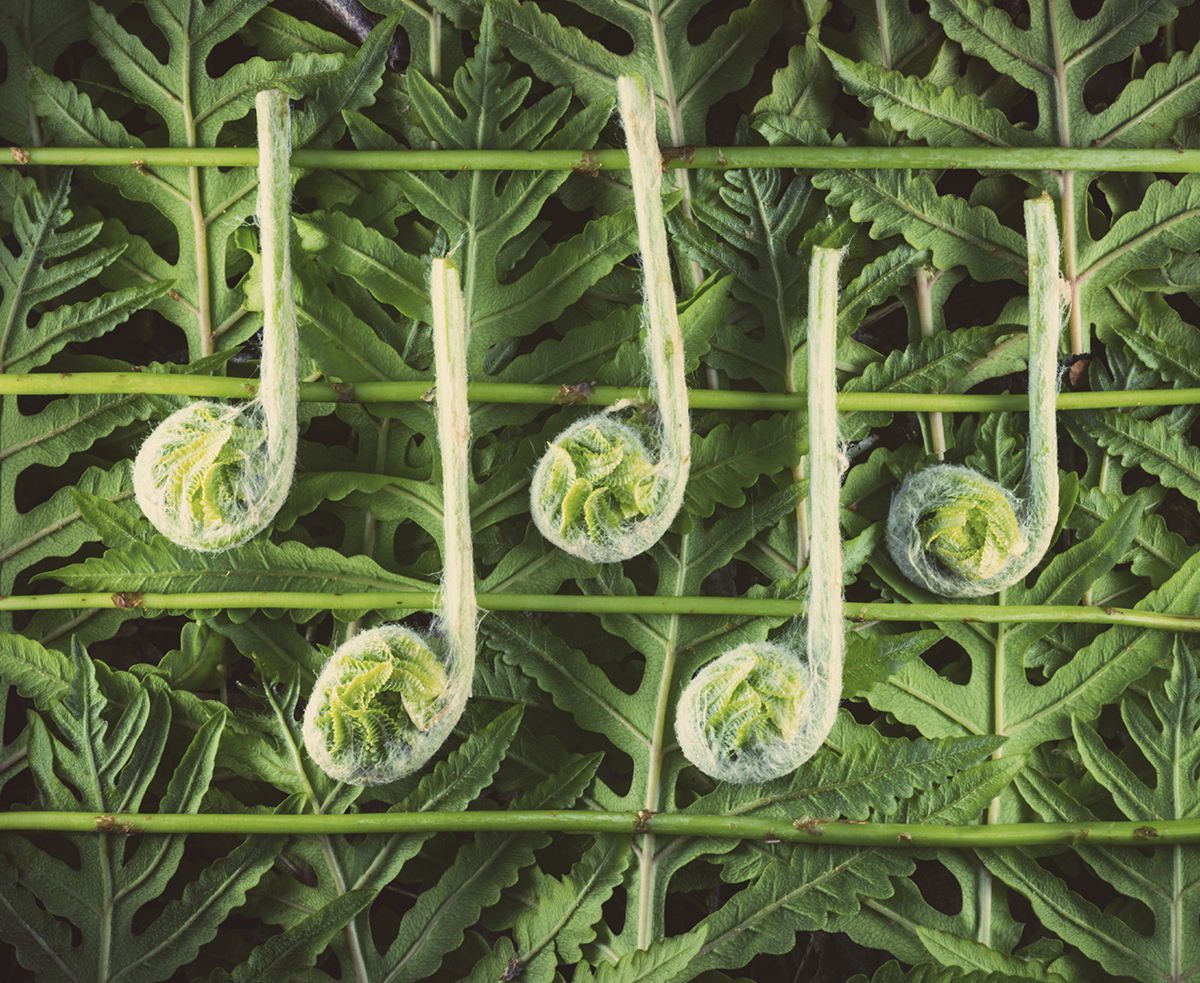 My previous column argued for the importance of Landscape Music—music inspired by landscape, nature, and place—as a pathway to learning about and connecting with the natural world. In this final installment of my series on new music as a catalyst for learning, I expand on the topic of Landscape Music by considering some cultural and artistic implications of making music that engages with nature. What is the role of nature in culture? Why use the term “landscape” in reference to music? How can music symbolize the natural world? Finally, what are some of the specific approaches composers have taken to creating landscapes in their music?

What Does “Nature” Have to Do with Culture?

Most of the words and concepts we have for “nature” in English emerged from the opposition between human civilization and everything else. In the book Wilderness and the American Mind, Roderick Frazier Nash traced how the term “wilderness” was transformed in America over the centuries from an essentially derogatory indicator for uncultivated, uncivilized areas, to its current positive associations with environmental conservation. Gary Snyder explored in The Practice of the Wild how even the popularly held conception of “nature” is itself paradoxical. Despite the common and seemingly unavoidable usage of the word to refer to the “non-human” world, we humans and all of our activities—from walking the dog to browsing Facebook—are a part of nature.

Furthermore, when thinking about interpretations of “wilderness” or “nature” within any art form, it is inherently impossible to avoid human-imposed lenses. The interpretation of nature through art is, by definition, the very representation of human perspectives. This, I believe, is not a bad thing. In Landscape And Memory, Simon Schama argued eloquently for the importance of understanding that “the cultural habits of humanity have always made room for the sacredness of nature” and that culture is “not the repudiation, but the veneration, of nature.”

In this spirit, as both a composer and an advocate for music inspired by nature, I seek to acknowledge and engage with culture-based perceptions of nature as the ways in which we humans necessarily make sense and meaning from the world around us, whether it’s through an Albert Bierstadt painting or a children’s cartoon. 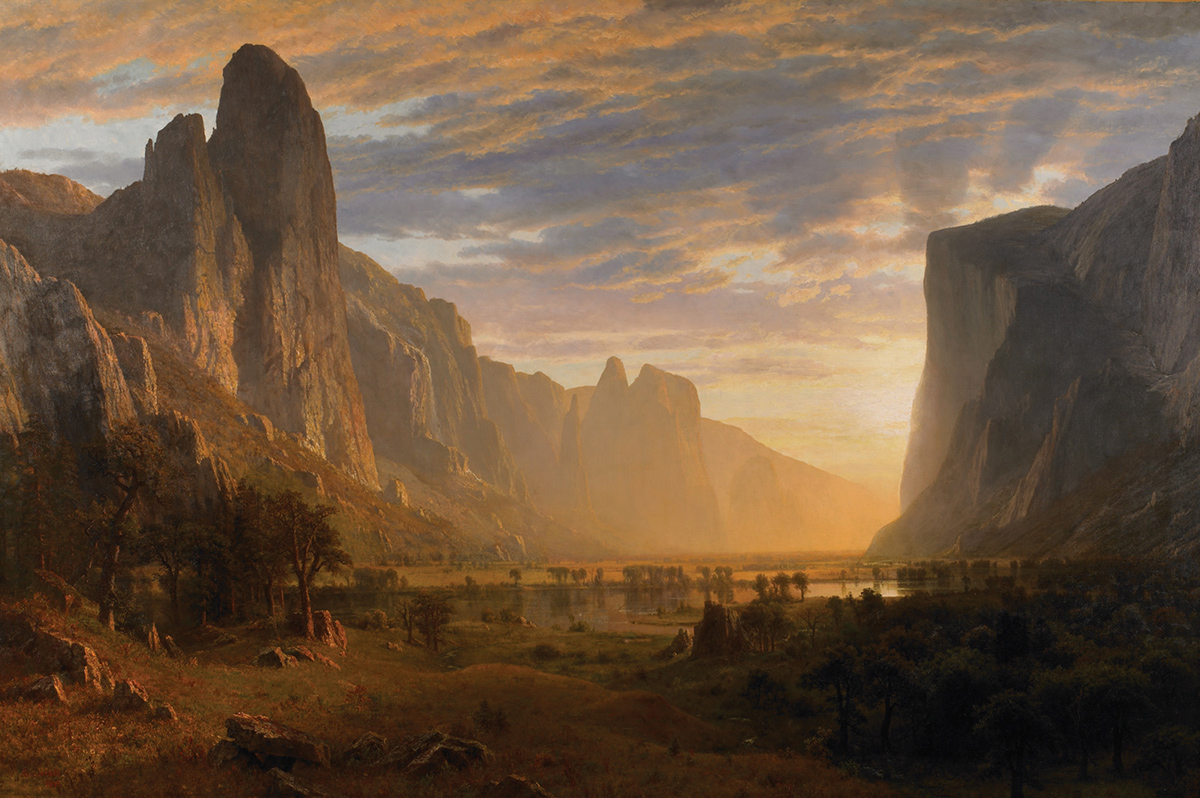 I feel “landscape” is the term that best embodies this overall idea. This word was imported from Dutch into English in the 16th century and has been used historically to refer to the aesthetic appreciation of nature, especially in the context of visual art. “Landscape” may be applied to bucolic scenes (the word’s original application) or cityscapes, as well as to wilderness locales that have been less obviously modified by human hands. That having been said, as both a creator and a listener I’m interested primarily in art and music that act as a pathway to fostering a greater empathy with, and connection to, the natural world beyond humanity (a topic I explored previously).

In my view, music can never present a purely objective representation of nature, or even provide a medium through which to concretely evoke a world beyond human perception and involvement. I would argue that the creation of music inspired by nature is an inherently humanistic act that affirms the intrinsic value and importance of the non-human natural world to the human experience.

How Does Music Evoke Landscape?

One might argue that, with the exception of music that explicitly mimics the sounds of nature (or incorporates field recordings), connections between landscape and musical elements are seemingly arbitrary: projected by the composer or the listener onto the music. True, whether a particular melody played on the flute signifies or “captures” the experience of sunlight filtering through the leaves of a tree, for example, has far more to do with the composer and/or the listener than it does with sunlight or trees themselves. This does not devalue the flute melody’s symbolic importance, however: a musical idea can be a highly effective conduit for communicating, understanding, and encapsulating human experiences of the natural world. In this way, the musical and verbal languages—in the case of nature essays or poetry, for example—are alike.

So what are some of the specific ways music, arguably an abstract art form, has been used to evoke or relate to experiences of nature? Scholars working in the relatively young field of ecomusicology have been exploring this and related questions through an interdisciplinary lens, combining approaches from musicology with the related literary field of ecocriticism (e.g., in the writings of Denise Von Glahn, who was previously interviewed by NewMusicBox). I’m attempting to contribute to the conversation about music and nature by exploring related questions from composers’ own perspectives: through essays and interviews for Landscape Music about music by contemporary composers, with an emphasis on members of the Landscape Music Composers Network, as well as composers of the past. 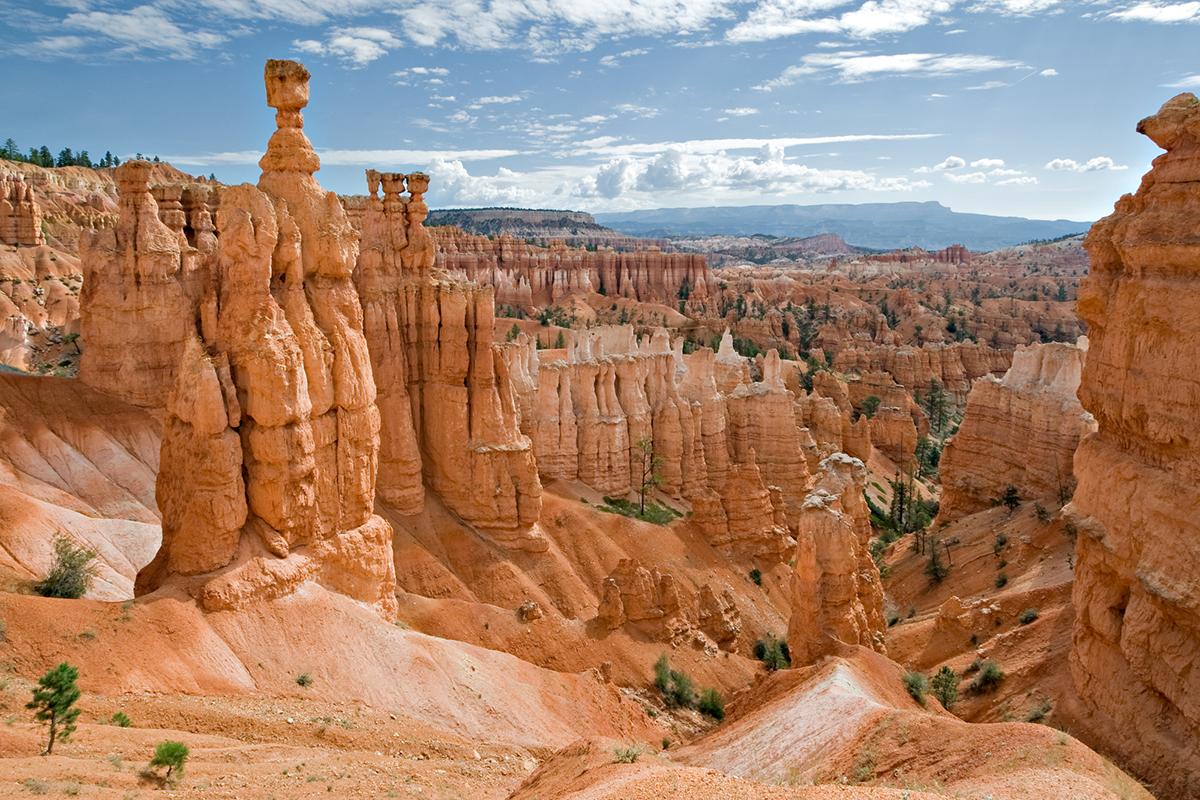 Bryce Canyon in Utah was one of Olivier Messiaen’s inspirations for Des canyons aux étoiles… (From the canyons to the stars…). Photo by Luca Galuzzi via Wiki Commons.

In my article “Evoking Place Through Music: Three Modes of Expression,” I considered three general approaches composers have taken to the problem of representing nature: 1) music as aesthetic response to place; 2) imitation of place-based sound; and 3) allusion to place-associated music and musical styles, citing examples of these modes of expression in the music of Charles Ives, Olivier Messiaen, and John Luther Adams. Within these very broad categories, a great variety of perspectives may be represented.

Furthermore, some nature-inspired works seek to evoke specific locations, plants, animals, etc., while others respond to fundamental concepts of nature. John Luther Adams has written about how he has come to avoid overly specific extra-musical associations in order to allow the listener to “complete” the music through their engagement with it, without being limited by the composer’s intentions. With Become Ocean (2013), he presents “ocean” as a universal experience, rather than composing a piece that references a particular ocean at a particular seashore—rooted though the work may be in the time he spent in a specific place. Adams writes: “…I’m not interested in sending messages or telling stories with music. And although I used to paint musical landscapes, that no longer interests me either. The truth is, I’m no longer interested in making music about anything…Though a piece may begin with a particular thought or image, as the music emerges it becomes a world of its own, independent of my extra-musical associations.”

Adams’s recent approach clearly results in powerful and effective work. But music inspired by nature that presents specific extra-musical narratives and associations can also be powerful. Such works do not necessarily limit listeners, but ideally will provide them with points of entry into new realms of experience that they would be unable to access without that imaginative “push.” For example, I’ve never had the opportunity to travel to Alaska, but many of Adams’s earlier works from his Alaska period allow me to enter into the “Alaska” of my mind. Knowing that this music was directly inspired by a place I’ve never been, and lack strong prior associations with, does not limit my ability to connect with the music or find my own meaning within it.

Many (though not all) of the composers in the Landscape Music Composers Network express extra-musical inspirations from specific places or species through their works. Christina Rusnak has described the divergent approaches she took to writing several pieces inspired by parks and wilderness areas, exploring the physical characteristics of landscapes as well as their “cultural geography.” By contrast, Stephen Lias seeks primarily to capture the “spirit of adventure” and the “emotional and physical experience” of being in the wilderness through his series of works inspired by national parks. Stephen Wood often composes from a naturalist’s perspective by responding to individual plant species and their ecological contexts. I’ve written about my own process for “translating” my experiences of Point Reyes National Seashore, and a woodblock print by Tom Killion that depicts it, into an orchestral tone poem. The other members of the Landscape Music Composers Network (Linda Chase, Rachel Panitch, Justin Ralls, and Alex Shapiro) have each taken inspiration from nature in their own, distinct ways.

Although there are as many approaches to representing experiences of nature through music as there are composers and pieces (and listeners, for that matter!), I continue to attempt to shed light on these processes. My goal and hope in doing so is to encourage greater appreciation of new music inspired by nature and to help composers and performers improve their ability to make increasingly insightful, effective, and impactful work that catalyzes audience learning and changes people’s perceptions of the natural world we’re all inextricably a part of.