Using extramusical models and precise planning works for some people but not everyone. I generally feel, however, that academic study of composition places emphasis on this methodology.

The academic portion of my Fulbright experience is situated within the Estonian Academy of Music and Theater. Although I am not enrolled in coursework (I have ABD status at Boston University, and Fulbright does not technically require a course-load), I have had the opportunity to sit in on lectures and speak with other students about their educational experiences. EAMT is a unique institution: it has gone through various stages of management, including an adherence to Soviet pedagogical ideals during the occupation, over the course of its 95 year tenure. Currently, EAMT offers bachelor and graduate degrees in a variety of areas, including a Masters in Contemporary Improvisation run by professors Anto Pett and Anne-Liis Poll. I have met several really fascinating students from this program, some of whom do not have traditional music backgrounds, who not only study improv in the Academy but are also active performers at various clubs within Tallinn. 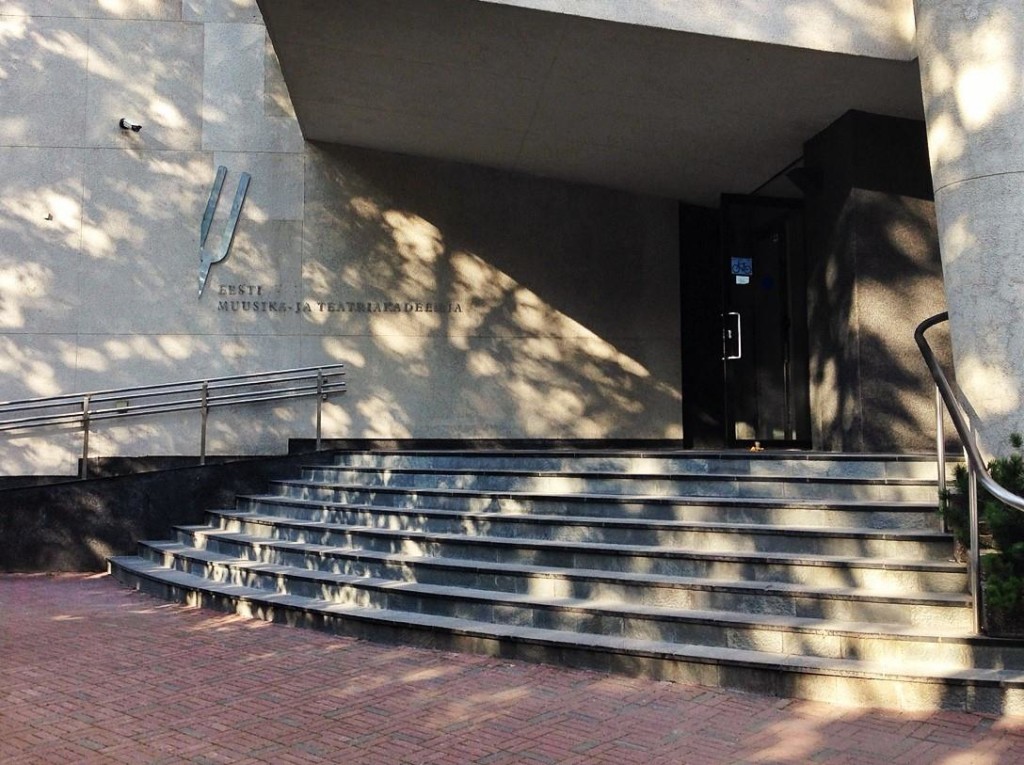 The Estonian Academy of Music and Theater

The improv scene is perhaps the most rewarding surprise about my Fulbright experience in Tallinn. Improvisation has not been stressed in my education, so to be surrounded by people who are actively making music is a curious change. As a composer, my music lives within my head for much longer than it exists acoustically. Needing to compose ‘in real time’ at an improvisation workshop was a vital exercise that forced me to consider sounds and gestures that emerged from my body without the filter of my thoughts. Many performers of contemporary music in Tallinn also participate in improvisation, and I see a lot of the same audience members at both types of concerts. I believe that this setup provides a very proactive attitude: members of the community seem to be constantly organizing different projects and concerts that happen without much difficulty.

While Helena Tulve is not directly associated with the improvisation scene in Tallinn, the notions of immediacy and composing from the body that prevail in improvisation manifest in her creative process. Tulve and I spend a good deal of time in our lessons talking about the creative process. In my experience as a student of composition, these types of conversations are often the most enlightening. Not only am I fascinated by how different people create, but also I tend to experiment with new modes of operation in each new project because I still have not found a practice that feels right. I think that part of my recent ‘musical identity crisis’ has to do with my process’s unsure footing. Speaking with Tulve about her methodology has the dual benefit of opening a window into her personal musical world and helping me to discover my own.

In the earlier stages of her life as a composer, Tulve used pre-compositional methods such as charts, drawings, and graphs to guide her work. She experimented with different compositional techniques that many students continue to learn today. Yet she so often found herself deviating from her plans that she eventually decided to see what happened if she let them go. The result was a deeply intuitive compositional process that she still relies on today. 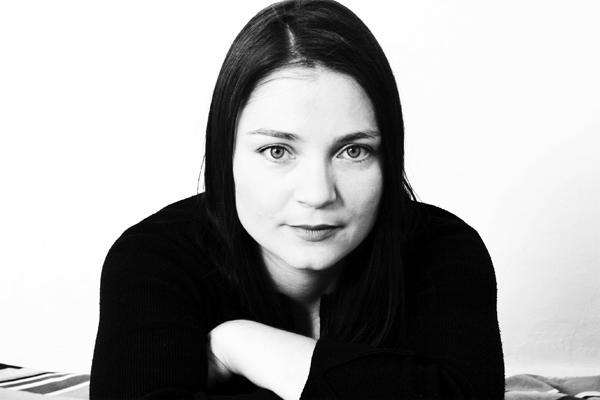 Tulve approaches each new piece as a blank slate of sorts; perhaps she has a small idea, either sonic or metaphorical, but nothing more. She then works out the essence of the entire piece in an improvisatory fashion, often in as little as two hours. The essence is a bit difficult to grasp. Tulve describes it as a bright line that runs throughout the music. Yet this line is not necessarily what one imagines when one thinks of a musical line. Rather, I understand Tulve’s line as the energy flow of the work. Her focus on this singular element stems from her study of Gregorian chant while at the Paris Conservatoire. In chant, importance is placed on one voice, one organic, simple line that is flexible and malleable yet follows laws of tension and gravitation. Many of her biographical sources cite chant as an important influence on her music. While she does not deny these claims, Tulve has stressed to me that the art-form is not a stylistic influence but rather her “musical mother-tongue” which directs her way of thinking.

Working out the piece’s line is an act full of discovery for Tulve. She does not want to compose that which she already knows. This is another reason why she avoids pre-composition exercises that can often rely on habits. Discovering the line happens quickly; the time-consuming part of the work lies in carving out the details of where the line resides. Tulve describes this process as creating a mental space to navigate within. She observes the colors, shadows, proportions, and dimensions of the space. Obviously the space changes as she continues to work on the piece at hand. Internal consistency instead comes from her constant observations of the space; while the space changes, her observer role remains stable. It is a process built on discovery, exploration, and confidence. The process is deeply personal and difficult to articulate or understand, yet when I listen to her music I can hear the internal logic and physics of the world she created.

Tulve’s ability to approach each new project as a blank slate is the result of her experiences and an intuition built on years of musical training. It is highly unlikely that this process would work for someone in the nascent stage of a compositional practice. Tulve is careful not to place a value judgment on her process. What works for her will not necessarily work for everyone. When Tulve brought her Contemporary Performance and Composition student group to visit the Seto woman that I wrote about last week, she explained that she wanted to expose us to another way of living without stressing that one way was better than the other. I read her approach to compositional process in the same light. She knows that she functions in a more intuitive realm rather than one of discrete structures, but that is not to say that the latter place falls short. Formalized music builds what she calls a “help structure”; essentially, a preconceived framework that governs the piece of music. Yet Tulve maintains that music’s abstractness allows it to take shapes and forms that stand against the laws of so-called intellectual physics. For her, finding these new shapes would not be possible if she did not approach each piece as a new and undiscovered world.

What is there to take away from learning about Tulve’s compositional practice aside from personal interest? While I do not want to mimic her process verbatim, I do plan to attempt to adopt her powerful sense of self-awareness and the proactive attitude I have witnessed in the improvisation students. I often catch myself succumbing to feelings of inadequacy about my music because of a lack of intellectual rigor. I search for justification for my compositional choices in the often used extramusical places of science and philosophy, but these places exist outside myself and I occasionally feel like a bit of an imposter. I often think about Tulve’s assertion that the act of composing is an exercise in trust, and feel empowered to trust my instincts and internal musicality with more force in the future.

Using extramusical models and precise planning is a fantastic toolset that works in many instances, yet relying on a musical intuition built on years of study and practice can also be a powerful and fruitful working method. I often feel that academic study of composition places emphasis on the former methodology. Although my intention is not to pick apart the merits of music’s place in the university system, I do think it is important to take a step back and measure how one functions within the system. Creating art within academic structures can easily cause one to overthink, overanalyze, and exist only on the horizontal axis that I described in the second article. Yet for me, music is not an exact science; the meaning I derive from listening, performing, and composing is not quantifiable. Perhaps the best thing to take away from Tulve’s discussion of process is to do the often difficult work of finding your own way and not simply relying on the “help-structures” that working within a university system tends to create.

*The views presented here are my own and do not represent the Fulbright Program or the U.S. Department of State.