Good Vibrations: Towards a Fair Trade Standard for Live Music

Fair trade ethical consumption has gone mainstream when it comes to certain products. Wouldn’t music fans follow a similar path if it was laid out for them? 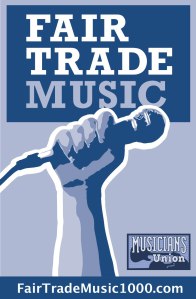 Remember a time when we didn’t use the words “organic” or “sustainable” during pretty much any discussion related to cultivating resources? That time did exist, but because environmentalists won our minds, we now think about nearly all resource use in ecological metaphors. What would it take for us to have a similar evolution in thought when it comes to labor—specifically musical labor?
Digital media scholar Yochai Benkler has written about borrowing the metaphors from the ecological lexicon developed by environmental activists for mobilization in fights about culture. What metaphors can we use in music to talk about the ethical practices of our community? While it could be a cheeky rhetorical game to use the environmentalist metaphor for musical labor (musicians are the megafauna we want to give a good life in an ideal habitat), I see the most possible action in using the framework of the global fair trade movement to talk about the ethical treatment of musicians.

Fair trade deals with the ethical treatment of labor in the production and supply chain rather than the ethical sourcing of materials, so it works well for a field like music, where the primary product is good vibrations. The fair trade movement is a project 50-plus years in the making, with a core set of criteria by which to evaluate if products have been produced ethically. This system was built through the organization of producers and the education (often through marketing) of consumers, with an independent supervisory body in between. At the heart is an elaborate set of standards for monitoring and labeling so that consumers can trust that their money is actually going to support the bettering of workers’ lives. 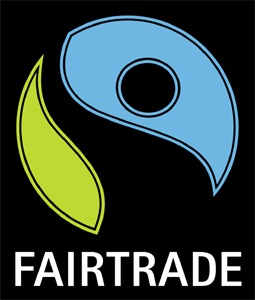 This makes it easy for consumers to get involved—they just have to buy the ethical product to do good. Once the domain of religious communities, hippies, and anarchist collectives, fair trade ethical consumption has become widespread in Europe. A company like Sainsbury (a UK grocer) has moved from considering fair trade to be a luxury premium for those with a deep ethical urge to being the cost of doing business when it comes to some commodities (for instance they sell only fair trade bananas). By taking the high road, they set a standard by which competitors can also safely stock more expensive fair trade items.
I want to stress that this trajectory—something that came from radical activism in the 1960s—is now a mainstreamed part of capitalist logic 30 years later, and a general metaphor for how we know ourselves in the world. It has also lifted seven million people out of poverty, and as the movement grows, so does this number. This has all been done through the strength of serious organizing and education. To be fair, it has been at the expense of some of the more militant demands for trade justice. Fair trade campaigns have been criticized as being reformist, in as much as they’re only partially shifting conditions of inequality rather than wholly transforming them. Fair trade as it stands is not a revolution in the ownership of the means of production; it’s an ethical adjustment to capitalism. In short, it’s not enough, but it’s a start.

Wouldn’t music fans follow a similar path? We just need to give them large scale and systematic ways to get involved in supporting the ethical treatment of musicians, something they can understand easily and accept as a fair compromise. What mechanism can we give a listener so she will say, “Yes, I will pay more for this because I understand that the money is actually going to the musician, not to corporate profits or venue capital campaigns or CEO bonuses. Here is the money, I trust you to give it to the musician.”

The use of the fair trade framework for the music industry would imply enforcing a set of standards for wages and conditions that would allow musicians to live better lives, and that knowledge of this would allow presenters to exhibit their good ethics with a seal, which would then be rewarded by a paying public.

As with the fair trade movement itself, the idea of fair trade music has sprung up in different places and mobilized various groups, but none have thus far succeeded in gaining the mass necessary to push campaigns mainstream. As Frank J. Oteri wrote in his NewMusicBox report on the 2013 CISAC meeting, the concept of “fair trade” was brought up often as a good model for organizing by a number of people. Indeed, the Austrian Music Information Centre developed a rudimentary framework for a fair trade music campaign, which was active between 2007-2011.

In the U.S., the fair trade music movements are just beginning, and it is these that I want to focus on here. For the rest of this column I just want to deal with fair trade as it would work in live music contexts, primarily because this is where I have done some work as part of the Musicians Solidarity Council, which sought to bring a fair trade campaign to New York City. For live musicians, wages are usually the clear issue––with the argument being that musicians should be paid for the work they do, unless they have volunteered in advance to give their work for free. How much pay, when paid, and under what conditions are the questions on the table, with the number one being that some presenters simply don’t pay at all. While the wage issue is always foremost in people’s minds, I do think that working condition issues matter greatly as well; things like good sound quality, adequate performance equipment, safety, forthright scheduling, clear communication, and ease of access to venues are things that should be guaranteed by presenters and the city infrastructure surrounding them.

On the wage issue, one project taking shape is a fair trade labeling system for venues, showing concertgoers that the management has agreed to certain standards for how they treat and pay musicians. The system is voluntary for the venue, and carries the implied promise that ethical consumers will prefer their venue to non-labeled venues. This is a departure from the traditional union tactic of getting employers, often the venues, to enter into collective bargaining agreements. This is why it is interesting that AFM locals have been leaders in a new Fair Trade Music initiative, which was founded in Portland and has fledgling chapters around the United States.

One version of this labeling idea is run by AFM Local 1000, which is for traveling folk musicians. Just as in the early days of the larger fair trade movement, their campaign, Fair Trade 1000, is calling upon their idealist subset of live music venues to be the first to take the high road. Their standard is a simple one: pay at the 1000’s minimum wage scale. They’ve signed up 23 presenting organizations thus far. (This project is similar for music to what the Restaurant Opportunities Center’s “High Road” campaign does—certify restaurants that respect workers, and then promote those restaurants to ethically minded consumers).
While the folk scene does have its own local, I do think that new music could do something similar in asking employers—venues or presenting organizations—to sign onto an ethical pledge for live musicians. The conditions certainly are correct: a tight network of venues, highly educated players who all know one another, and a deep level of audience empathy. Perhaps all it would take is a group like the Noise Action Committee to come together to do the work. It would be well worth the time. 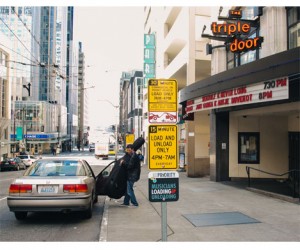 The Seattle chapter of Fair Trade Music won a victory on working conditions this March when they organized to get the city to install special parking zones outside venues. Musicians there had come together to name the negative experience of loading equipment as one thing they shared collectively, and they built a coalition to push a change through the city. (Getting a $40 ticket for a gig that paid $30 is a real thing many musicians have experienced). The result is that four clubs now have a musicians-only load-in outside the venue doors from 4-7 p.m. The Portland chapter is now working on a similar campaign. It’s easy to imagine similar groups organizing for such changes, which would have minimal negative impact on the city and would greatly help working musicians, regardless of genre.

I want to stress that I think for these campaigns to succeed, they need active gigging musicians at their core. That way they can ensure that the musicians’ needs drive the work that is being done. This is a hard thing to hear, given that working musicians are often stretched thin already, but it’s especially true for freelancers and small businesses like ensembles. You have to come together collectively to determine your common grievances and figure out the best course of action. Uniting under the fair trade model is just one way to do that. We should all keep an eye on Seattle, and perhaps those who do will end up jumpstarting something similar in their towns.

Fair Trade Music’s continued successes will necessitate that they scale up, as did the fair trade movement when it went from being about hippies buying handicrafts to supermarket chains buying millions of pounds of produce. Before that can happen, there has to be demand, which means massive public outreach and education to talk about the exploitative conditions of current labor. It needs to be full of real numbers and portray all of the steps that make each part of the supply and consumption chain complicit in the exploitation of musicians. If people can plainly see the problem, and there is a feasible solution at hand, then the work is easier done. It’s not enough to have a few good venues for those lucky enough to work in their genres or live in their communities—it has to become a standard. 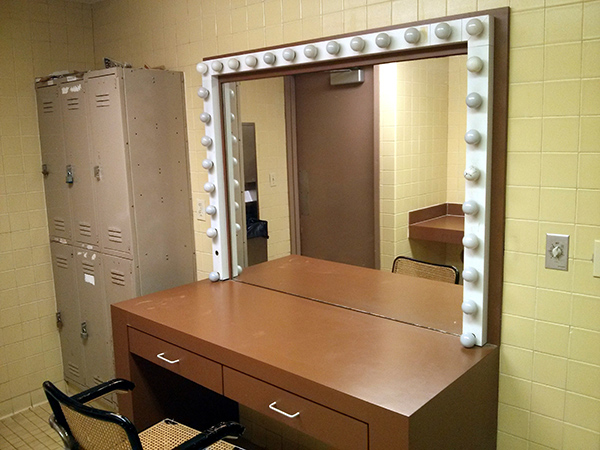 Imagine playing across the U.S. and knowing that you’d have a dressing room, load-in space, decent stage equipment, and earn a living wage at every venue you played. It’s not that radical a demand. What it will take is some public honesty about what working conditions are like at venues, musicians coming together to organize and agitate, musicians and presenters considering their whole musical “environment” and not just their own immediate future needs, and lots of talk with the listeners who ultimately do fund musicians’ pay, be it through taxes or tickets. With all those things coming together, we could see a time in the future when the “Fair Trade Music” logo is as ubiquitous as the recycling logo, and the implications of that carrying through to better pay and conditions for all who play music live.