The power of making music is found in the accretion of work and thought we put in over a lifetime, not single moments of inspiration. 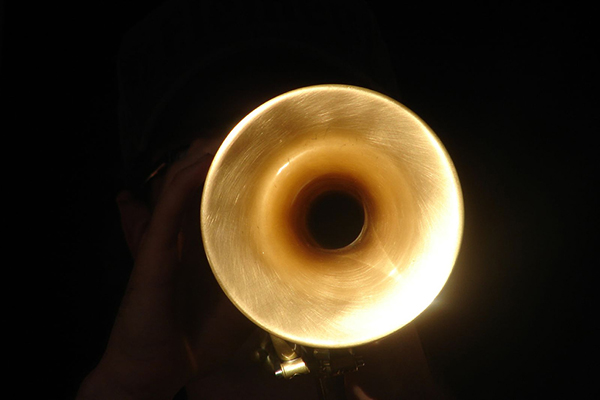 I met Laurie Frink just before I moved to New York in 2000. She was the last outpost on the way to an existential intersection. Either I would find a way to make my trumpet playing easier and less painful, or I needed to stop and do something else altogether. It was immediately clear to me that Laurie was more than a teacher. She was part “mom” and part Yoda, with a healthy dose of drinking buddy you can trust to “give it to you straight.” To a huge community of students, she was a one-woman hub in our musical flowchart. The proof of this is the tangible lack of center we have felt since she passed away in 2013.

I put a lot of pressure on myself to be good at playing the trumpet—to be great—always. I’m aware of how delusional that is, but I think anyone who has put an appreciable amount of time and energy into learning an instrument has a similar eccentricity at one point or another. While in this state, I was complaining about the lack of consistency in my playing to Laurie. I was frustrated with my shortcomings and was bearing down, practicing too much, and emotionally (and physically) exhausting myself. She stopped me in the middle of my tiny nervous breakdown and had me take a deep breath.

“Nate,” she said, “I’m going to tell you something very important that everyone should know about playing trumpet.”

I made her clarify that she meant everyone sounds bad sometimes and not that every trumpet player should be aware of my personal limitations; a question she answered by calling me an idiot. I miss Laurie.

“You get the point, thought, right?”

Yeah, I did, and it’s stuck with me. And, in the broadest sense, everything I’ve written in the past month has to do with her point. It can be summed up in the following:

My experience is that no one accidentally produces a masterpiece, and that there is no magical moment in time that is a distillation of all you are as a musician. The power of making music is found in the accretion of work and thought we put in over a lifetime, not single moments of inspiration. These brief periods of creation are important, of course, but don’t deserve the weight we give them as a culture.

The importance of John Coltrane is not found in Giant Steps. It’s present in decades of dedication to mastery of an instrument and exploring musical possibilities. However, because this is not easily quantifiable, more weight is put into a handful of moments like Giant Steps, either because they have become reified through writing or because they lend themselves to assessable classroom lessons. And that’s not a problem. It is an important step to understanding music. However, when our experience of a musician and her/his work stops at this level, a problematic mode of thinking occurs.

To start with, we hold ourselves to a standard that is unrealistic and, frankly, pointless to work toward. Pointless, not because no one can live up to John Coltrane, but because why would anyone want to? We can appreciate the knowledge gained from studying his music, but should only take his example as a starting point for our own. The only thing that can come from trying to live up to another artist’s work is to become paralyzed in our attempt to do so.

The concentration on what I’ll clumsily call “hero worship” leaves no room for critical thought and growth. The attachment to one particular artist, or to one period of their work, degrades potentially useful discussion into the modern equivalent of taking our ball and going home.

This is the crux of what I have been working towards, with a certain lack of elegance, for the past three weeks. I think it is crucial to remind ourselves of who we are and what we have learned by thinking critically. By being aware of our small moments of enlightenment, and expanding their lessons over a lifetime of creativity, we put our humanity into music instead of making music our lives.