Five Takeaways from the Conversation on Female Composers

If that incendiary Spectator article actually had anything to teach us, it’s that there’s intense interest in female composers! 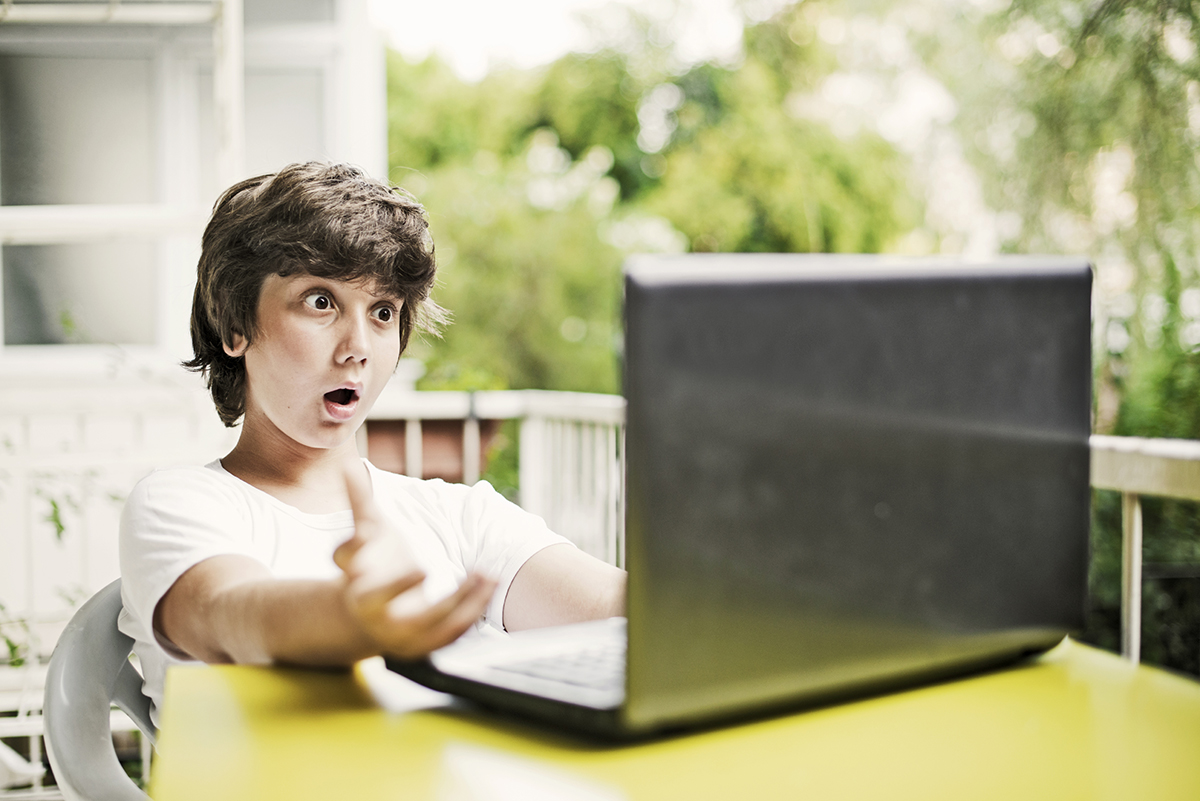 In case you were lucky enough to miss it, on September 16 The Spectator ran a bizarre, demeaning article entitled “There’s A Good Reason Why There Are No Great Female Composers.” Not surprisingly, lots of people had lots to say about that. I wrote a sarcastic blog entry examining it (“In Which I Learn Why There Are No Great Women Composers“). Over the weekend, both The Spectator and my blog, Song of the Lark, accrued hundreds of passionate comments, thousands of Facebook shares, and thousands upon thousands of page views.

Now more than ever, the music world is talking about women—and especially female composers. Consider all the recent headlines. Late last year, the field was rocked by allegations and then denials that Anna Magdalena Bach wrote the six cello suites. (One wonders: would an allegation that Bach’s son had written the suites have been met with such incredulity?) Last fall, the Baltimore Symphony released a series of infographs exploring trends behind 21 major American orchestras’ 2014-15 seasons. A disappointing, disconcerting 1.8% of the pieces programmed were written by women, and only 14.8% of the pieces by living composers were. Most recently, 17-year-old Jessie McCabe seized headlines after creating a change.org petition asking the directors of the Edexcel A-Level Music syllabus to include the work of at least one woman in their 2016 edition. Two weeks ago, McCabe received an assurance from the managing director of Pearson UK that the absence of female composers “will change.”

This is clearly an ongoing conversation, and it appears to be one that is gaining steam. Here are five big takeaways from my marathon weekend of writing, reading, and responding:

1) Lots of people have lots of ideas why there are no female composers in the pantheon of immortals. I’m struck by how wildly divergent our explanations for the phenomenon are. It’s women’s fault! (Women are not biologically suited to write great music! Women can perform but can’t create!) It’s society’s fault! (The game is rigged! Women were expected to stay home and make babies!) The subject of gender in music even leads to the subject of genius in music. (It’s the pantheon’s fault! There were great female composers; they just aren’t recognized!) And here’s one of the most striking suggestions I read: there are so few great female composers because there are so few great female critics. At that, one can’t help but glance at the genders of the current crop of classical music critics and wonder.

Some of those justifications make sense, but I doubt that any one of them alone is sufficient to explain the near total absence of music written by women, especially in orchestra halls. The conversation needs to continue. Hopefully with time we can come to a greater consensus about why women’s compositions are so often marginalized. Then surely it will become easier to change the status quo. (Or at least make the decision not to.)

2) When we’re discussing the absence or presence of female composers, we’re not just talking about female composers. Rather, we’ve moved on to even bigger questions about how a culture creates a canon. As one of my readers, Tim Rutherford-Johnson, noted in a comment on my blog: “Including Clara Schumann, Amy Beach, etc. on the syllabus is a great way to tie in many wider questions, like the way canons are constructed, how power relates to definitions of value, the place of music within 19th/20th/21st-century societies, and so on.” Clearly one of the main reasons this topic upsets and excites so many people is that it forces us to question the very foundations of our canon. If the criteria that labeled Beethoven great are fundamentally flawed, then what do we have left?

Sometimes I play mind games with myself, imagining wild alternative musical histories. Granted, this scenario has its limitations, but imagine: what if the entirety of Mozart’s oeuvre had somehow been lost for two hundred years and was only resurrected today? Imagine the press conference: “We’ve uncovered the work of the famous child prodigy!” How would we treat this new old music? Would Mozart instantly be recognized as the genius we know him as today? Or is part of our modern culture’s affinity for—indeed, deification of—Mozart partially based in that culture’s sheer familiarity with Mozart?

Another alternative history… Maddalena Laura Sirmen’s six violin concertos (one of which was actually praised by Leopold Mozart) were in print for quite some time after their publication. What if Sirmen’s six violin concertos—dating from the 1760s—had been played and analyzed and discussed and debated and, most importantly, performed, while Wolfgang Mozart’s set of five—dating from the 1770s—was only just being discovered today? How would our musical world be different? How would it be the same?

In other words, putting aside questions of gender, how much of a handicap is sheer obscurity? I don’t claim to have particularly satisfying answers to that question. But the thought experiments are exhilarating, unsettling, and even a little bit scary. And that’s one reason this is all so interesting: the discussion about female composers is never, ever just about female composers. 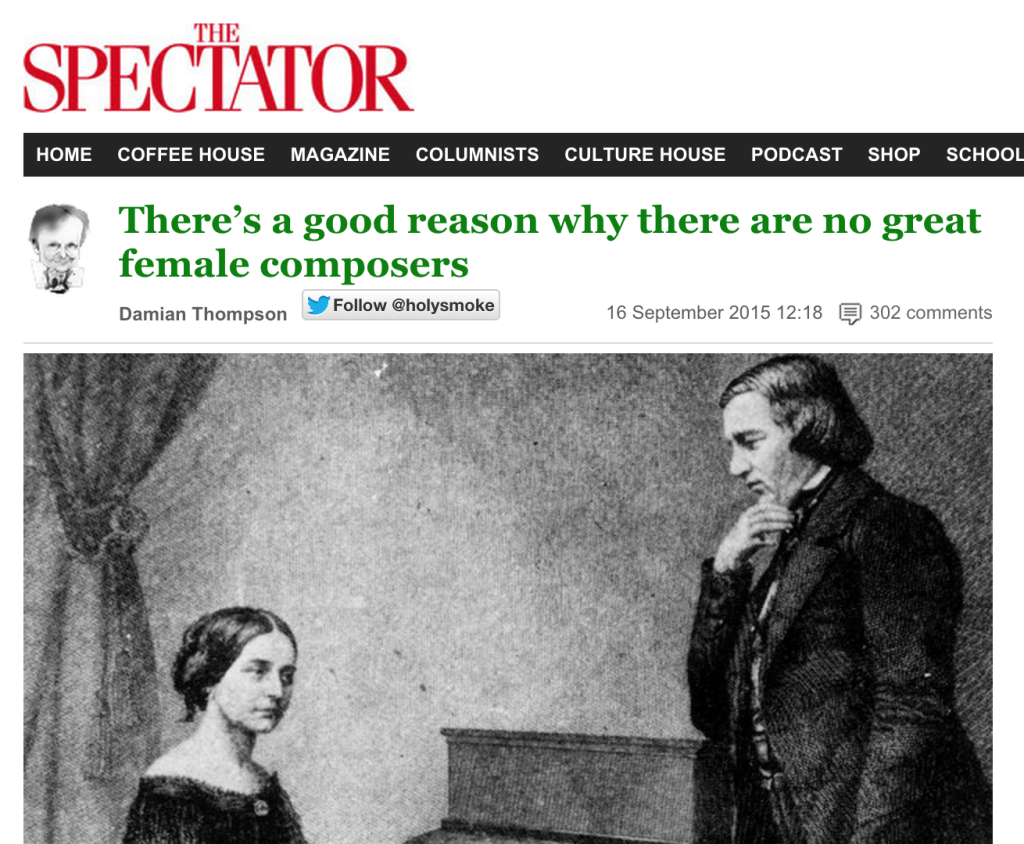 3) Clickbait is affecting the cultural discussion in very weird ways. I refuse to believe that an entire team of professional writers and editors at The Spectator found their article’s argument compelling, intelligent, or well-crafted. Full stop. They’re never going to admit it, but their rhetorical laziness is clearly canniness in disguise. Presumably the primary goal was to rack up clicks, rather than to advance meaningful or actionable ideas, and by that measure, the article was a roaring success.

Based on the reactions I’ve read, though, I’m willing to bet that a considerable percentage of the 2000 Facebook shares actually consisted of people saying, “Can you believe this bullshit?” Which brings up the mind-bending question: does that mean that articles like these actually advance the opposite of their stated or implied agenda? Do they actually contribute to the discussion by encouraging widespread and ultimately productive backlashes? Is The Spectator aware of this? Does it care? (Should it?)

4) People who want to hear more new music and people who want to hear more music by women are fighting similar battles. What are the two big reasons why obscure pieces aren’t programmed? Say them aloud with me: people don’t know them, and therefore they won’t buy tickets to hear them performed. It’s a hard process to add new music to a canon, to catch ears, to persuade performers and then audiences…especially if we’re working within the confines of one of the big institutions.

So I propose we all compare notes. If people who specialize in new music have methods that have expanded their audience, I think there’s a chance that those same techniques might also work to expand the audience for music by women, and vice versa. What works? Pre-concert discussions? New media? Unique performance spaces? Particular performers? New ensembles? Or should the dissemination of knowledge occur in another format altogether? Let’s have that discussion. I think it would be very interesting.

But the greatest takeaway from this weekend was…

5) People find the subject of women in music to be fascinating. And why wouldn’t we? We all have an instant connection to the topic. We all have experiences with either being a woman or caring deeply for women. These discussions aren’t theoretical like so many musical debates; they are intensely real and personal.

Given that truth, I’m flummoxed. Why are the roles that women have played in our art as composers, performers, and muses not more celebrated in our modern culture?

Attention, performers, ensembles, writers, administrators, artistic directors: there is intense interest here. Classical music especially loves to panic over its imminent irrelevancy and demise. So I would think that everyone who loves it would be racing to embrace new angles that people show interest in. This may mean deliberately spotlighting the contributions of any number of fabulously accomplished women from throughout music history.

The ultimate disrespect to the topic of women in music would be to say relatively little about it, as has happened for far too long. But I have hope that that is changing. The hubbub around the subject is an intensely hopeful sign. 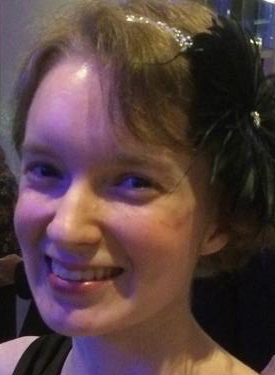 Emily E. Hogstad is the 26-year-old writer of the widely read blog Song of the Lark, which first came to international prominence for its coverage of the Minnesota Orchestra lockout of 2012-2014. She has appeared on or in MinnPost, the St. Paul Pioneer Press, Minnesota Public Radio, National Public Radio, WQXR, Performance Today, and The New York Times to offer thoughts on topics as diverse as the Minnesota Orchestra’s historic 2015 trip to Cuba, what it means to be a music nerd, and social media activism in the orchestra world. Her great passion is researching the history of women in music, especially the great forgotten female violinists of the past. She currently makes her home in Eau Claire, Wisconsin, with a violin, a viola, a laptop named after Lili Boulanger, and two rescue cats, Gwendolyn and Genevieve.