Finding a True Name in a Post-Genre World

I wonder if, rather than anticipating an end to genre designations, perhaps new music needs to cultivate a whole lot more of them, since much of the terminology currently in use is overly general at best, and vague or misleading at worst. 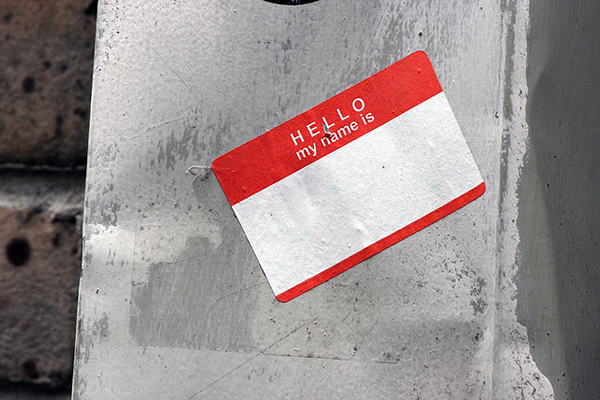 Writing just this week in The Daily Beast, Ted Gioia includes among his “Five Lessons The Faltering Music Business Could Learn From TV” the advice that the industry should “resist tired formulas.”

Now, no one’s really speaking up in favor of tired formulas as such, but reading on, it turns out what he’s really against is classifying music by genre. Observing that programs like The Sopranos and Breaking Bad became critical hits in part because they broke the predictable conventions of TV genre shows about cops, doctors, or lawyers, Gioia notes that “every album and song nowadays is marketed as part of a genre—rock, hip-hop, country, jazz, etc.

“But the very decision to sell songs to targeted genre fans has turned into an aesthetic straitjacket,” he continues, suggesting that the music business should “emulate the boldness with which the leading pay TV networks have sabotaged genre recipes.”
Still, even as Gioia correctly notes that there already are plenty of people making excellent music that doesn’t fit easily into a particular category, and even if you agree with the premise, the post-genre future remains at best, to borrow a phrase from the speculative fiction writer William Gibson, unevenly distributed.

Parts of it undoubtedly are widespread already. Thanks to technology, musicians and composers have access to a lot of useful new tools; computer-enabled formal ideas like the mash-up have emerged; and musicians are able to collaborate across time and space in ways that previously were impossible. There’s also the notion that by making it easy to find people with similar interests all over the world, the internet provides an alternative way to form musical communities that theoretically can make music scenes tied to geographic location less important.

Of course, the internet also can “silo” people into self-selecting groups that only reinforce their existing ideas and beliefs, which isn’t exactly broadening. And when geography isn’t the determining factor bringing musicians together, how do they find each other online? More often than not, it seems to be through shared fandom, often of specific artists but sometimes entire genres. (For handy examples of this, just consult the “musician wanted” section of your local Craigslist.)

Technology also has made the process of music discovery much easier. When I was a teenager in the 1970s, one might follow a reference to a previously unknown band or musician found in liner notes, Rolling Stone, or Down Beat to a half-dozen record stores and the library, and still come up empty handed. Now, anyone who wants to find out more about Sun Ra or John Cage or Edgard Varèse can simply type their name into a search engine, and in seconds the internet will deliver biographies, photos, journalism and critical opinion, and most important, audio and video.

So with the internet letting us hear just about any music and see any musician any time we want, for a comparatively low cost of entry, in theory it could provide an ideal opportunity to get rid of genres. Unfortunately, one thing technology can’t do is make the day longer than 24 hours. There’s more information, and more music, more easily accessible to more people than ever before, but no one actually has time to read or listen to more than a fraction of it. So we still must rely on gatekeepers and sorting mechanisms, one of which is musical genre, and radio, retail, presenters, and media all continue to categorize music according to whether it is rock, pop, hip-hop, country, R&B, classical, blues, folk, jazz, and so on.

While some musicians embrace genre labels for marketing purposes, others are understandably reluctant, or even antagonistic, toward having their music pigeonholed, or just want to make art for art’s sake. Nevertheless, presenters, labels, and media want to grow their audiences, for all the obvious reasons, and even musicians who claim to be unconcerned with commercial success still want their music to be heard. As long as that’s the case, genre labels seem likely to persist.

For evidence of that, look at what’s known broadly as “electronic dance music,” touted as a major growth area of the industry and one that seems to spin off hyper-specific sub-genres at a dizzying pace. Wikipedia’s list of electronic music genres contains 22 major sub-categories, each containing at least a half-dozen sub-genres, totaling more than 200 different varieties. Outsiders may be hard pressed to distinguish among, say, two dozen different varieties of house music, yet to those on the inside, the distinctions are critical enough to warrant coining new terminology.

If nothing else, this proliferation of sub-genre names should give listeners in the know a fairly specific idea of what to expect, and it also gives musicians and composers a wide variety of specific channels or identities that can be used to get their music to the public.

Given this example, I wonder if, rather than anticipating an end to genre designations, perhaps new music needs to cultivate a whole lot more of them, since much of the terminology currently in use is overly general at best, and vague or misleading at worst.
In marketing speak, it’s called “segmentation,” and it can serve a useful purpose in helping sellers identify potential buyers and buyers to find things that interest them. For music that’s distributed online, specific sub-genre designations could be particularly useful and can serve as keywords or metadata, helping listeners locate music of potential interest.

Even the umbrella term “new music,” while well understood by the readers of this publication, often is interpreted by others in terms of the plain English meanings of its component words, which can lead to some convoluted explanations.

In the 1990s, when I was a board member and later an administrator for New Music Circle in St. Louis, I was also playing blues and rock gigs, and I’d get into conversations with other musicians or fans in which I’d mention that I was working for New Music Circle, putting on concerts. Inevitably, they’d ask me some variation on the question, “So, what kind of music do they do?” and twenty years later, I find myself having similar conversations trying to describe the Mizzou New Music Initiative, with highly variable results.

Calling music “avant garde” or “experimental” seems to have a polarizing effect, immediately attracting interest from some while repelling others. “Contemporary classical” and “post-classical” are descriptive enough in one sense, but even setting aside the former term’s unfortunate oxymoronic quality, at least some of what we call new music doesn’t really have any relationship to classical music, so these terms are of limited use. On the other hand, the evocative term “creative music” may suggest something about the intent of those who are making the music, but doesn’t do much to locate it in terms of any specific sound, tradition, or genre.

Comparative recommendations—“If you like X, you may also enjoy Y”—can be useful, but only in those cases when you already know something about the person’s interests and preferences. That’s easy for Amazon or Google, but in casual conversation, or for a musician or composer trying to describe her latest work in liner notes, a news release, or a one-sheet, it can be little more than guesswork or wishful thinking.

Does new music necessarily need more than 200 sub-genres? Probably not, but if genre designations are going to be with us for a while, perhaps some imagination and some more colorful language could make them work to our advantage.

***
Dean Minderman is a writer and musician in St. Louis, Missouri, and the founder and editor of the website St. Louis Jazz Notes. As a consultant with the firm Slay and Associates, he currently works with the Mizzou New Music Initiative and other music-related projects of the Sinquefield Charitable Foundation, assisting with publicity, marketing, and strategic communications. A graduate of the University of Missouri’s School of Journalism, he has experience as an arts administrator and consultant, advertising writer/producer, music journalist and blogger, publicist, and event producer; and as a performing keyboard player and singer, composer/arranger, and bandleader.