The American Composers Forum in partnership with So Percussion, have announced the finalists in the 2014 American Composers Forum National Composition Contest: Michael Laurello (Yale School of Music), Todd Lerew (CalArts), and Kristina Warren (University of Virginia). Each of the finalists, who were selected from over 250 applications based in 39 states, will receive a cash prize of $1,000 and be asked to compose an eight- to ten-minute piece for So Percussion. The resulting pieces will be workshopped with the finalists in residence, and premiered by So Percussion on July 20, 2014 at Princeton University, as part of the So Percussion Summer Institute 2014. (The finalists each receive an additional stipend of $750 to help defray expenses associated with attending the workshop and studio performance.) One of the works will be chosen to receive the final prize, which includes an additional cash award of $2000 and future public performances by So Percussion. The National Composition Contest is open to composers currently enrolled in graduate and undergraduate institutions in the United States.

“The Forum is thrilled with the opportunity to connect new voices with extraordinary ensembles like So Percussion,” said John Nuechterlein, Forum president and CEO. “Similar to our previous collaborations with eighth blackbird and JACK Quartet, the discovery process is exhilarating for the performers and immensely rewarding for the selected composers. The So Percussion Summer Institute showcase is also an exciting new twist that offers an exceptional opportunity for the composers to network with a large community of performers.”

“The American Composers Forum competition offered So Percussion a chance to reach out and find exciting young compositional talent,” added Adam Sliwinski of So Percussion. “We expressly requested to judge blindly, and the three finalists all caught our ears in unique ways. There were so many excellent submissions. We’re ecstatic to get three new pieces out of it!” 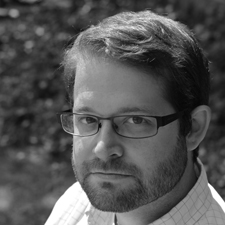 Michael Laurello (b. 1981) is an American composer and pianist. He has written for ensembles and soloists such as the Yale Baroque Ensemble, Sound Icon, the 15.19 Ensemble, NotaRiotous (the Boston Microtonal Society), guitarist Flavio Virzì, soprano Sarah Pelletier, pianist/composer John McDonald, and clarinetist and linguist/music theorist Ray Jackendoff. Laurello is an Artist Diploma candidate in Composition at the Yale School of Music, studying with David Lang and Christopher Theofanidis. He earned an M.A. in Composition from Tufts University under John McDonald, and a B.M. in Music Synthesis (Electronic Production and Design) from Berklee College of Music where he studied jazz piano performance with Laszlo Gardony and Steve Hunt. He has attended composition festivals at highSCORE (Pavia, Italy) and Etchings (Auvillar, France), and was recently recognized with an Emerging Artist Award from the St. Botolph Club Foundation (Boston, MA). In addition to his work as a composer and performer, Laurello is a recording and mixing engineer. 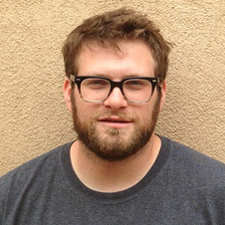 Todd Lerew (b. 1986) is a Los Angeles-based composer working with invented acoustic instruments, repurposed found objects, and unique preparations of traditional instruments. Lerew is the inventor of the Quartz Cantabile, which utilizes a principle of thermoacoustics to convert heat into sound, and has presented the instrument at Stanford’s CCRMA, the American Musical Instrument Society annual conference, the Guthman Musical Instrument Competition at Georgia Tech, and Machine Project in Los Angeles. He is the founder and curator of Telephone Music, a collaborative music and memory project based on the children’s game of Telephone, the last round of which was released as an exclusive download to subscribers of music magazine The Wire. His solo piece for e-bowed gu-zheng, entitled Lithic Fragments, is available on cassette on the Brunch Groupe label. His pieces have been performed by members of the San Francisco Symphony Chorus, the Wet Ink Ensemble (New York), the Now Hear Ensemble (Santa Barbara), and the Canticum Ostrava choir (Czech Republic). 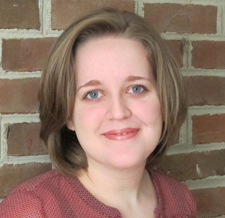 Composer and vocalist Kristina Warren (b. 1989) holds a B.A. in Music Composition from Duke University and is currently pursuing a Ph.D. in Composition and Computer Technologies from the University of Virginia. Among her teachers are Ted Coffey, Judith Shatin, Anthony Kelley, Scott Lindroth, and John Supko. Her recent works include Three Sonnets of Elizabeth Barrett Browning (soprano, electronics), Folk Studies No. 1 (Up in the A.M.) , No. 2 (Vimeda Sakla) , and No. 3 (Shousty) for voice-based electronics, and Pogpo (electric guitar quartet). Warren’s research interests include voice, electronics, and questions of aleatory and performance practice in conjunction with various non-Eurocentric musics, such as folk music and Korean p’ansori. Warren’s compositions have been performed across the United States and in Europe.