“It’s not your skill level, it’s how much you communicate,” cellist Erik Friedlander advises. “It’s how much you express that the audience really wants to hear. They come to hear you be real.”

“It’s not your skill level, it’s how much you communicate,” cellist Erik Friedlander advises early in our conversation. “It’s how much you express that the audience really wants to hear. They come to hear you be real.”

Friedlander, however, is clearly not a musician lacking for chops. The years of training and gigging he did to establish himself in New York City’s music scene—largely on the downtown/avant-garde jazz side, though his active performance career has taken him all over the genre map—left him with a reputation as a go-to freelancer. And while he’s since honed his focus down more tightly to his own composer/performer work, it’s this underlying sonic curiosity and his ability to aurally convey deep emotional experience that colors the ongoing evolution of his work, both in solo and group contexts.

This week, Friedlander released a recording of Illuminations, his ten-part suite for solo cello, originally a commission by the Jewish Museum in New York City tied to an exhibit of ancient books they were hosting. Friedlander notes the echo of Bach in the piece’s construction and the obvious impact of the historic texts that inspired him. Yet while the filter of that history overlays its message, its musical language is modern.

Friedlander explains that he took away a particular image from this display of illuminated manuscripts which inspired his later thinking. “You just felt like you were in the presence of some incredible work, some incredible time being spent to carefully detail every letter,” he recalls. “I was interested in the content, but I was more interested in the labor—the exquisite time and effort that was taken into creating these beautiful books. I just imagined the life that was given to doing this job.” 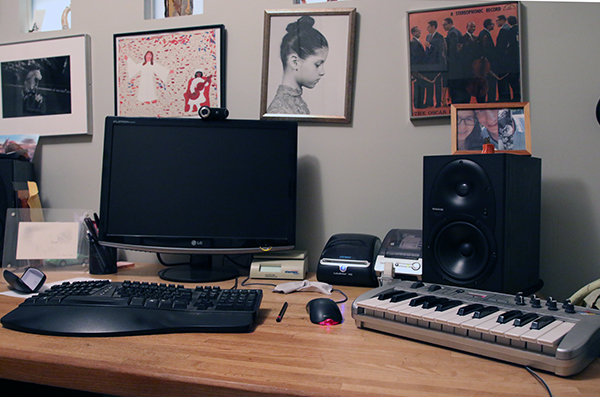 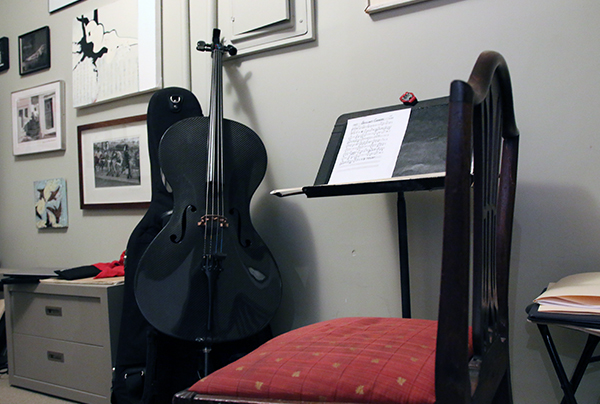 His working process varies from project to project, though inspiration for much of his recent catalog can be tied to such personal life experiences or visual elements. A prime example, perhaps, is his album Block Ice & Propane (2007), which he performs live as “Taking Trips To America” with the accompaniment of projected images taken by his parents (his father is the admired American photographer Lee Friedlander) during their annual summer camping trips.

No matter the impetus or the eventual scoring method, at some point Friedlander says he always ends up at the cello while working out ideas “because that’s where I’m most comfortable.” And while adventurous when it comes to finding new sounds and ways to play his instrument, there’s also a complimentary caution to adding techniques. Friedlander says he was always self-conscious about using pedals in performance, for example, because they didn’t fit as fluidly into his work as he needed them to until recently. The development of his remarkable pizzicato technique went through a similar period of appraisal, which he speaks about in the video at the top of this post.

But his experiences in New York’s downtown music community helped him build a platform for the experimental ways of working he was seeking. “I finally fell into a scene where a string player could be doing world music, could be doing rock-inspired music, any kind of music, and this is what I was searching for. I was a cello player who was not entirely happy just playing the music that was given to me in orchestra or chamber groups. I mean, I liked all that stuff, but I had something different about me that needed to be explored, and this was the scene for that perfectly.”

It was a necessary addition to his more traditional training. “When you learn classically, you learn to develop a very strong inner censor who’s constantly berating you for what you’re doing wrong. I think all players, classical or otherwise, need to get a good gag on that person,” Friedlander recommends. “You’ve got to shoot higher than that; you have to shoot for expression rather than technical perfection.”