Embracing Being a 5-to-9 Artist

Making a living off your music, solely or otherwise, may take some time to achieve. And among the many interim options available, having a day job, related or not to your vocation, shouldn’t be viewed as a matter of shame or a setback.

Maybe you’re coming to composition through a full-time formal education, an informal or part time one or you’re self-taught and just curious. Maybe you aspire to be a composer full time, part time, off hours, or just for your drawer. Maybe you hope to eventually make your entire income from music, and look on a non-music or day job as a short term, long term, or permanent measure. Whatever the case, I hope this series of posts has helped give you some ideas on how to make that happen, and remind you that not being a “full” time musician—however you want to define that—does not diminish you or your work, nor should it hinder you from putting yourself out there.  Because you never know: Todd Brison’s empowering piece makes this case much more vividly than I could, but in a nutshell: you’d be surprised who will respond to and connect with your art—but you’ll never know if you don’t let the world see it!

Having a day job, related or not to your vocation, shouldn’t be viewed as a matter of shame or a setback.

In the meantime, making a living off your music, solely or otherwise, may take some time to achieve. And among the many interim options available, having a day job, related or not to your vocation, shouldn’t be viewed as a matter of shame or a setback.

Yes, there remains some skepticism—one might even say prejudice—amongst some members of the concert music community towards composers who aren’t involved full time in that community. (Interestingly I don’t find this same attitude in the theatrical world, where this situation is largely a given amongst many different ranks.) You may face some perceptional hurdles. For instance, in the last few years I’ve had two instances of fee negotiation discussions where the parties suggested that because I didn’t need the income from the fees, I didn’t need to be paid what I was asking—or possibly at all. This makes no sense to me. If you’ve sought me out, saying you admire my work and want more of it, the result of my blood, sweat, tears and soul searching, how is that work (and the time it takes me to create it) worth any less because I may have subsidiary income?

Don’t let such perceptions discourage you. Prove those people wrong. Take pride in your art, whose worth is not based on the number of hours you spend making a living. Encourage similar composers to do the same. As Steven Pressfield has said, “The best and only thing that one artist can do for another is to serve as an example and an inspiration.”

And to those of you in the Inner Sanctums, encourage and support your 5-to-9 friends. You may have been a day jobber yourself once, or admire someone who was. The next Ives or Feldman may be the barista at your favorite coffee bar, on the other end of a customer service line, driving the cab you’re in, or could be your real estate agent.

The limited amount of time I typically have for a commission requires me to concentrate my thoughts.

In my own case, having a day job has proved to have a number of benefits. Sure, it’s limited the quantity of my writing.  But I’ve traveled around the world thanks to it and gotten experiences I undoubtedly couldn’t have afforded otherwise. And my various corporate roles have forced me to hone my time management skills which is vital for any musician (in case I didn’t harp on this subject sufficiently in the previous posts).  That includes just composing: the limited amount of time I typically have for a commission requires me to concentrate my thoughts. On the flip side, as I mentioned previously, if a project is brought to me that I truly don’t feel I’m sympathetic to, I have the “luxury” of declining it—though this arguably has its pros and cons as well.

I’ve also had my horizons broadened in ways I don’t think would have happened were I exclusively immersed in the new music world. Given my personal stylistic predilections, it’s been an advantage not to be in some of the sweeping aesthetic discussions many people in the new music community are often engaged in. The time I spend outside of the music world, absorbing perspectives and influences from non-full time musicians, has unquestionably beneficially impacted my interaction with the concert world and my own creative product.

This article from Hyperallergic about an exhibition of art by workers at a New York City gallery speaks to this point:

It is a common crisis in the 21st century, learning to dissociate ourselves and others from jobs. Especially in the arts, comments like “But what do you really do?” function as withering insults to a person’s artistic purity. As the artists in People Who Work Here demonstrate, artistic purity is a romanticized, if arcane notion. In actuality, it is the ability to be impure that creates a great artist, the ability to soak in one’s life experience in order to draft an artistic commentary on life.

Lastly, let me add my own voice those already encouraging artists not to let outside qualifiers define success for you, a topic on which NewMusicBox has contributed. Don’t let the fact that you have a day job and aren’t involved “full time” in music convince you you’re not a success, a term with endless definitions. In the context of the band / pop world, Russell Sheffield on MusicThinkTank makes the same case:

[A]void the notion of “success” because it denotes that there is an end goal to making music. No matter how big or small of an act you are, there is no end. Music making, financial growth, public attention and notoriety are a process of development and growth not a destination point. Love what you do and work on your music alongside the business of your music, always keeping in mind where you came from and why you began in the first place. Always expect variable change, the ups and downs of the market, and continue to redefine and reimagine your band alongside your brand.

So go forth, fellow 5-to-9 composers and artists, and fly your day jobbing flag with pride. 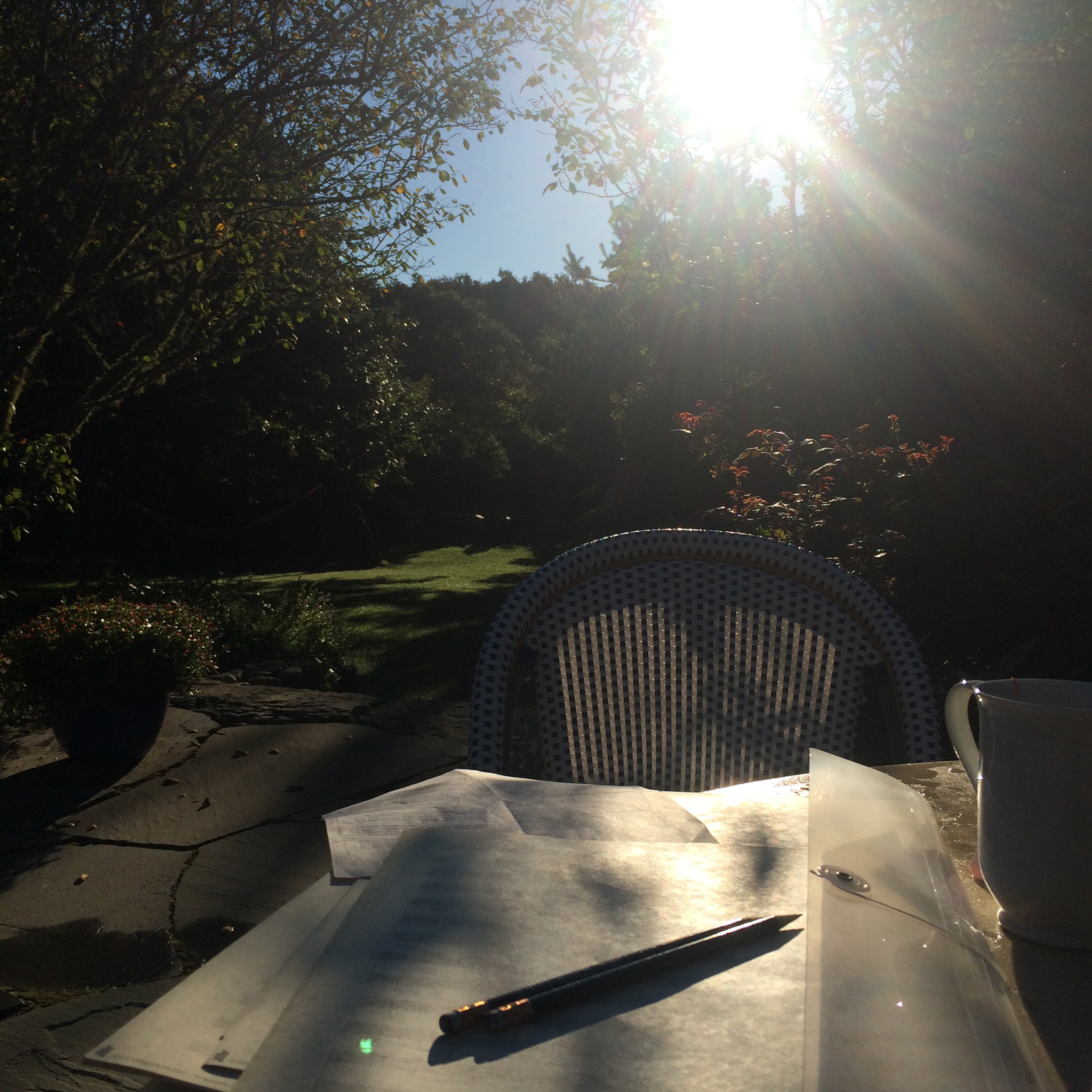