Unlike composers who grew up in the United States where just about any kind of music seems part of our tradition, Shanghai-born Du Yun approaches all traditions as somehow exotic, whether classical, pop, avant-garde, or even the traditional Chinese music that deeply influences so many other Chinese émigré composers.

I still remember the first performance I ever attended of Du Yun’s music. It was a vocal piece on an ICE concert in an East Village performance space. She was the vocalist and at some point she was crawling around on the stage. This might sound somewhat gimmicky, but there was an element of vulnerability to it that gave it a completely different context. It was actually somewhat unsettling. Du Yun likes making herself, and often her audiences, uncomfortable. And for her that discomfort means constantly taking risks.

It’s a far cry from her intensive childhood training as a classical pianist in her native Shanghai where the goal was to interpret standard Western classical music repertoire as precisely as possible. As she explained when we spoke in her apartment on Manhattan’s Upper East Side, despite her proficiency on the instrument, or perhaps because of it, she actually avoids it when composing.

I practiced piano eight hours a day when I was a kid. … My challenge to myself is to write music without the aid of a piano ever, not even checking things. I don’t want to be too comfortable when I write music. When I create, I don’t want to fall back to the safety net that I’ve acquired. So I love feeling like I don’t know how to walk and then find the platform to focus on the next step. There’s a sport where you essentially climb rocks without roping using just your bare shoes. It’s so dangerous, but it’s all about focusing on the next step. My survival mode has always been trying to find my way around things. I was not your typical Chinese good student at all. I got myself in a lot of trouble with teachers. The subversive is always something I’m attracted to, the danger, working against people’s expectations. 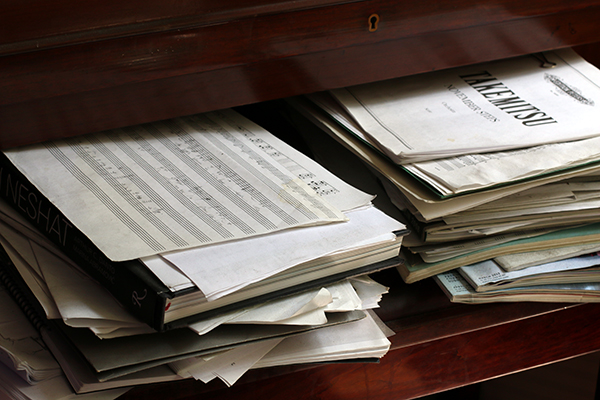 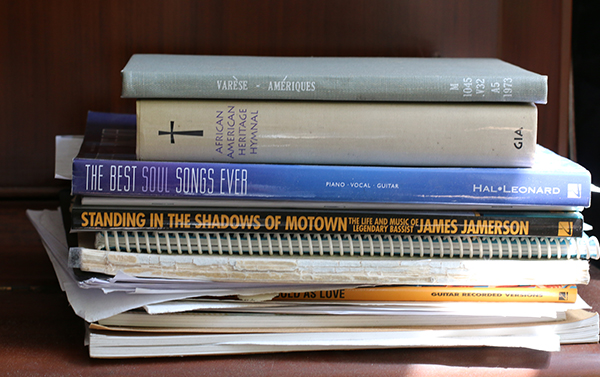 This desire to constantly search for that next step and to go against the grain is probably why she’s always exploring different musical directions. When we visited with her, a Takemitsu orchestral score sat on her piano alongside a collection of Ray Charles songs. She’s so stylistically omnivorous that attempting to apply genre distinctions to her music is a frustrating exercise in futility. While she has written works that have been premiered by the Detroit Symphony Orchestra and Montreal’s Nouvelle Ensemble Moderne, she has also created numerous works involving electronics, a series of uncategorizable performance art pieces, and she’s even released a dance pop album called Shark in You.

Most of the time, the various elements are not clearly delineated. The score for her otherworldly Angel’s Bone, a “chamber opera” she created with Royce Vavrek about a pair of fallen angels who are forced into prostitution, is an idiosyncratic amalgam of church motets, punk, and quasi-European post-expressionism. (In fact, describing it as chamber opera somehow misrepresents it, since it fails to convey that it is also extremely effective musical theatre as well as sacred oratorio, as contradictory as being both at once might seem.) In it, moments of extreme beauty co-exist alongside harrowing sonorities. While her music is a very appropriate soundtrack for Vavrek’s disturbing supernatural story, Du Yun is attracted to all of these sonorities and so it felt perfectly natural to her to combine them. 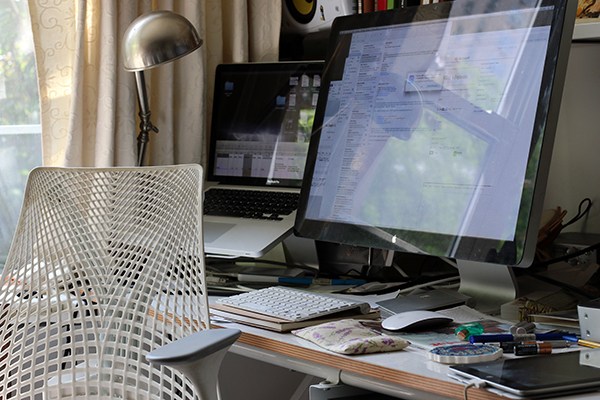 Many composers her age create music that seamlessly blurs genres. But unlike composers who grew up in the United States where just about any kind of music seems part of our tradition, Du Yun approaches all traditions as somehow exotic, whether classical, pop, avant-garde, or even the traditional Chinese music that deeply influences so many other Chinese émigré composers. How she first became aware of different musical traditions has allowed her to remain an outsider and has enabled her to absorb a wide variety of influences while remaining completely unique.

I did not grow up completely with Chinese culture, so if my music were to have Chinese culture in it, it would not be a genuine reflection of who I was. I do not want to use that without understanding it. But now it’s something I want to completely explore further. … I grew up with all the Hong Kong pop which was following American pop. But I also practiced a lot of Bach, Mozart, Chopin, and Beethoven. When I was just coming of age, the pub idea was just coming to Shanghai. I was in a reggae band with exchange students from Kenya playing Bob Marley cover songs. Then by 1995, China really opened up. We were totally following American culture. Radio played the Top 40—we knew what was number one on the Billboard chart. But we didn’t hear indie-pop. So I got all these bootleg tapes on the street. You don’t really know if Pink Floyd is cool or not. I bought it just because of the cover and then my mind was blown away. … There was a professor who was very instrumental in bringing contemporary music to us, but there was no collection of new music in the library. Stravinsky would be new. Bartók would be new. Penderecki would be like “Woah!” There were tapes of Penderecki and John Corigliano’s Clarinet Concerto, but we didn’t know those names and didn’t know the hierarchy of who comes earlier and who comes later. It all came at once so it seemed like anything goes. You could just pick what you like and your teacher is not going to tell you what is good and what is not. 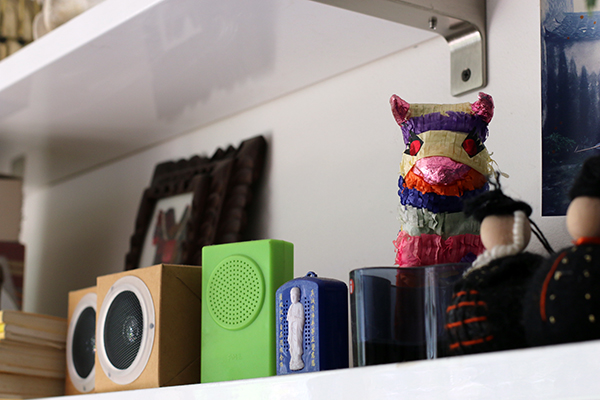 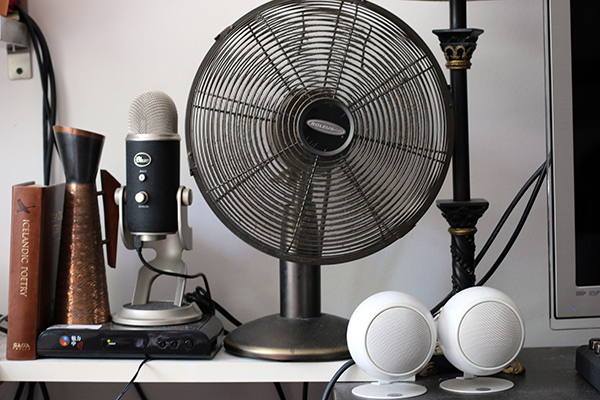 While her Asian heritage did not have a dominant role in her development, she acknowledges that her outlook on life is a direct result of Asian philosophy which offers a more fluid alternative to the either-or mentality that is so dominant in American and most Western societies. According to the traditional Asian world view, there isn’t a right way vs. a wrong way, there are many ways and therefore you can combine them in any way you want.

I don’t see the world in binaries. … Ancient Asian philosophy is about three points. You have this extreme and that and then the middle. The middle is something that is very attractive and intriguing. In life there’s a binary in that you have a birth and you have a death, a beginning and an end, but the process of [living your life] is the third point. If I believe that, how can I believe it’s just a binary? … The world is more of a continuum. I don’t feel the urge to see what is or what is not.

This way of thinking allows for an open-ended aesthetic sensibility that has enabled her to identify with both the “good” characters and the “bad” characters in Angel’s Bone—actually she doesn’t think of any of them in terms of good and bad. Her latest “opera” in progress, Women: The War Within, arguably blurs and ultimately transcends binaries even more than Angel’s Bone has done. It also blurs lines of chronology as well as geography—its four protagonists are Cleopatra, the 7th-century Chinese Empress Wu, Burmese Nobel Peace Prize-winning activist Aung San Suu Kyi, and Hillary Clinton. In the process of working on the music for this she has been immersing herself in Kunqu, one of the oldest surviving forms of Chinese opera, and it has been extremely inspiring to her. “I want to see if I could write like that; it’s so beautiful,” she explained. “My challenge is how I can adapt that.” But don’t expect her music for this to be an amalgam of various Asian traditional musics and Fleetwood Mac. That would be too safe!