(Don’t) Leave it to Bieber

I’m not saying you can’t hate some pop music; I’m just saying you can’t, in the presence of a practicing postmusicologist, hate on all pop music just because it is popular, disguising elitism as self-pitying pride in new music’s marginalized market position. 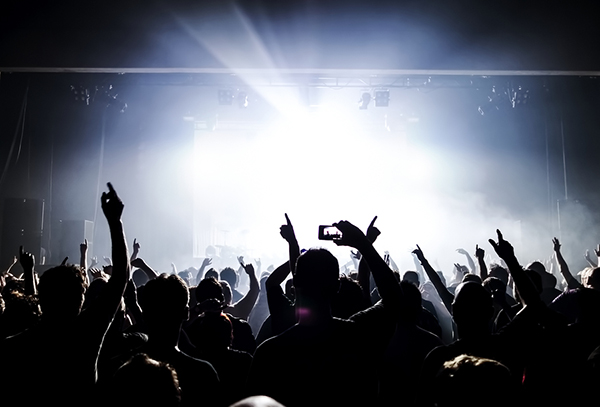 Ezra Koenig in particular immersed himself in courses [at Columbia] which examined inequalities in the global fashion and music industries. He took two courses, “Imperialism and the Cryptographic Imagination,” and “Plagiarism, Parody, and Postcolonialism,” where, in his words, he learned how “relationships between imperial powers and colonized peoples could involve lots of codes.” Koenig transferred these interests into a broader awareness of how western clothes reflected the histories of their colonial others….He infused his interests in music, fashion, and colonialism into his senior writing project, a collection of short stories written around the same time Vampire Weekend formed. This collection he titled “Cape Cod Kwassa Kwassa.”
—David Blake, “Bildung Culture: Elite Popular Music and the American University, 1960–2010” (Ph.D. Thesis, Stony Brook University, 2014)

Some incautious words in my second posting have caused consternation from readers; I didn’t mean to put up a sign post back there saying, “Hey, you’re a racist.” Let me begin this final dispatch by clarifying (but in no way retracting) my claim that those who frame the history of the musical present by categorically denigrating contemporary commercial popular music in favor of art music are holding on to a crude cultural distinction that mimics structural racism in America. I did not choose my verb lightly (“denigrate, v. ‘to blacken, defame,’ from de- ‘completely’ (see de-) + nigr-, stem of niger ‘black’ (see Negro)”); whatever the race of the artist writing or performing this music, its difference from the classical and avant-garde art music of the West is rooted in the influence of the African diaspora. To trash that difference, even though far too much easy money has been made off it by bland Caucasian exponents, is to rubbish an entire cultural patrimony; it’s about as ham-fisted as claiming that because you last heard Pachelbel’s “Canon” while on the massage table, all European art music is designed to put you to sleep.

I’m not saying you can’t hate some pop music; I’m just saying you can’t, in the presence of a practicing postmusicologist, hate on all pop music just because it is popular, disguising elitism as self-pitying pride in new music’s marginalized market position. When I have articulated the above in public, I have been dismissed with another dreaded “N-word”—neoliberal—and accused of market fundamentalism, which, in this context, seems like a rather high-pitched way of claiming I don’t understand that music ought to be judged according to what Karl Marx would call its use value, not as an object whose prime justification is to be exchanged for currency.

Elite Popular Music and the Culture of Self-Fashioning

Never mind that socialist analyses of use value are both badly out of date and not simple to pin down when the commodities in question are cultural, like music; the underlying question—what is music for?—actually has little to do with the market as arbiter of value. Most debates over the “value” of new music take place within a scholastic ambit defined by the values of the university; the great virtue of David Blake’s work, which I’ll be glossing for the rest of this post, is that it considers the university not just as the kindly employer that cut Milton Babbitt’s monthly paychecks, but as a key incubator and determinant of 21st-century America’s omnivorous elite music culture.

Linking the Germanic ideal of education as self-fashioning (Bildung), a characteristic of the liberal arts university since the 19th-century, to the explosion of musical youth culture since the 1960s, Blake identifies, with oxymoronic élan, a new cultural field he calls elite popular music. This is music that uses the sounds and forms of entertainment music, but is both made and consumed as part of a general project of self-fashioning through art that the great expansion of college education made available, in principle at least, to the entire American middle-class. Accepting the centrality of an elite-yet-popular music centered around the values of both rebellious youth and traditional higher education resolves so many awkward class- and race-based anomalies in the study of contemporary musical taste that it amazes me nobody else seems to have thought of it before.

The early chapters of Blake’s thesis are archival and historical, focusing on the records left by ’50s and ’60s university students and their professors as they brought American music from outside the literate tradition onto campus. The musical practices in question (folk revivalism; Aboriginal song) were “popular”—i.e., vernacular, of the people—but resolutely non-commercial; in retrospect it is not hard to see how encounters with this kind of musicking could be incorporated into a high-minded ideal of liberal arts study as a path to self-realization.

Moving into the ’70s and ’80s, Blake shifts methodological gears, analyzing the distinctive urban geography of the “college town” and the socio-economic opportunities it offers denizens during, after, or entirely aside from undergraduate life on campus. As he notes, most histories of the “college rock” scene in Athens, Georgia (birthplace of Pylon, the B-52s, and R.E.M.), go along with post-punk mythology and simply ignore the influence of the college itself as tastemaker; evidently all that the University of Georgia provided to these D.I.Y pioneers was a non-profit radio station to listen to and a steady supply of frat house gigs to play at. Blake, on the other hand, puts the university and its “liberal arts disposition” at the center: inside the town-gown matrix of the college town, the elite ideal of music as a vehicle for artistic self-expression and the populist drive for commercial success fuse, giving rise to a distinctive, if depoliticized model for an “alternative” mass culture:

The liberal arts disposition encourages musicians to pursue rock as a form of self-expression, valuing its critical purpose over its commercial worth. Yet the tension between disinterested study and career requirements manifests itself in the complex negotiation over rock music’s purpose as self-development or as a career. Success in college rock scenes like Athens stemmed not from actualized alternativeness or political resistance, but through pursuing self-development while maintaining enough commercial success to sustain the endeavor.

A Bildungsroman from an Omnivore
As Blake arrives at the 21st century, he turns directly to sociology, identifying Brooklyn hipster bands like Vampire Weekend and Dirty Projectors as exemplars of what Richard Peterson influentially dubbed the “omnivorous” style of cultural consumption. Sociologists of taste generally agree that this omnivore stance (“I like all kinds of music”) has replaced the older model of distinctive taste as a marker of dominant class attitudes toward art. (The one exception they usually note is older, still univorous devotees of Western art music and jazz.) Recent studies have refined the omnivore hypothesis, parsing the field of musical taste into multiple orientations and levels of voracity; but I am not aware of any persuasive theories about why elite class taste has shifted so dramatically. (Of course, technology and media have made it much easier to be an omnivore; but that does not explain why liking “all types of music” is a sign of status now, to the point that most upper middle-class people under 50 claim to, even when they don’t, really.)

Blake points out that, while Brooklyn is hardly a college town, both Vampire Weekend and Dirty Projectors count as baccalaureate projects on the part of their founders: Ezra Koenig developed his Afro-pop meets Baroque aesthetic while working on a senior paper at Columbia; David Longstreth dropped out of his music degree at Yale and then dropped back in again while Dirty Projectors evolved from dorm-room tinkering to a twenty-five person rock operatic ensemble. The university connection has usually been featured in a story of déclassement: that Ivy League education was wasted on a budding countercultural rock star, right? Longstreth, at least, has played into this trope, claiming to be an “autodidact” and rejecting Yale’s music programs as primarily interested in “preserving old things, establishing canons.” Underneath the studied pose of the amateur, though, Blake can still see the effects of university training: despite his “distaste for academia,” Longstreth’s omnivorous musical tastes, and the inner-directed intellectual scaffolding he tends to erect around them, epitomize the academy’s “liberal arts mission of self-discovery through musical engagement.” Vampire Weekend is a less strenuously intellectual band; still, in a 2013 interview quote that Blake grabbed for his chapter’s epigraph, Ezra Koenig told critic Jon Pareles that “if people could look at our…albums as a Bildungsroman, I’d be O.K. with that.”

Koenig and Longstreth are, technically, commercial popular musicians. But, as David Blake has done us the real service of arguing, their kind of popular music was nurtured, at least in part, by the university and its values. Those within the university who care about new music can no longer ignore the world of commercial pop by assuming that no one in it takes music seriously as a liberal art. Studying Dirty Projectors or Vampire Weekend can, if done right, advance the liberal arts project of self-formation just as effectively as research on Mahler or Messaien might have done for previous generations.

Envoi: Never Eat Anything Bigger Than Your Head

So don’t just leave it to Bieber. Blake doesn’t make this point, but I will: it is the hunger to account for Koenig and Longstreth, not the fear of having to swallow too much Britney and Justin, that should determine the menu when we sit down to the postmusicological banquet. Orthorexia can be a debilitating scholarly disorder.