Here’s a situation that’s commonly misunderstood among creative collaborators: Jack and Jill agree to write a song together. They call it “Tumblin’ Down the Hill.” Jack writes the music and Jill writes the lyrics. Who owns what?

[Ed. Note: We’ve asked copyright lawyer and composer Marc D. Ostrow to write a series of short articles this month to clear up some common misconceptions about copyright and the music business. Marc’s widely read and informative post on rights in arrangements was the reason we thought it would be helpful to our readers to learn more about additional areas where composers and other creators can get into trouble. Marc’s first post below covers legal rights with respect to collaborations, and we welcome your comments and suggestions for other topics that you’d like to see him address.] 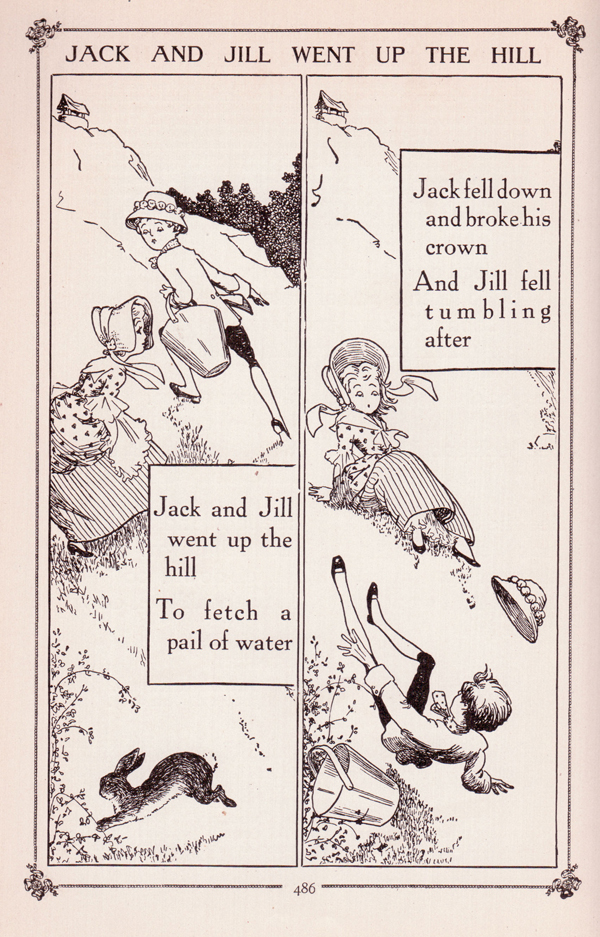 An illustration from the public domain book, The Book of Knowledge, The Children’s Encyclopedia, edited by Arthur Mee and Holland Thompson, published by The Grolier Society of New York in 1912 and reprinted in 1912.

Here’s a situation that’s commonly misunderstood among creative collaborators: Jack and Jill agree to write a song together. They call it “Tumblin’ Down the Hill.” Jack writes the music and Jill writes the lyrics. Who owns what?

Some of you may be surprised to learn that the correct answer is C. (Hint: when in doubt, always pick C.) In the absence of a written agreement to the contrary, Jack and Jill each own 50% of both the music and the lyrics.

Now this may seem counterintuitive at first. How can Jill own part of the music when she didn’t write a note of it, and how can Jack own part of the lyrics when he didn’t pen a single word? The key is that Jack and Jill agreed to collaborate to write the song. As a result, they’ve created a “joint work” of authorship under copyright law.

Section 101 of the Copyright Act defines a “joint work” as follows:

A “joint work” is a work prepared by two or more authors with the intention that their contributions be merged into inseparable or interdependent parts of a unitary whole.

That’s what Jack and Jill did in our hypothetical. They prepared a work with the intention that Jack’s contribution (music) and Jill’s contribution (lyrics) be merged into inseparable or interdependent parts of a unitary whole (the song).

Initial Ownership. — Copyright in a work protected under this title vests initially in the author or authors of the work. The authors of a joint work are coowners of copyright in the work.

Absent a written agreement to the contrary, the creators of a joint work own that work in equal shares. So, if Jack and Jill collaborated on that song with John and Jane, each would own an undivided 25% interest in the copyright to the song.

Section 201(d) of the Copyright Act states that “[t]he ownership of a copyright may be transferred in whole or in part by any means of conveyance or by operation of law, and may be bequeathed by will or pass as personal property by the applicable laws of intestate succession.” A “conveyance,” other than a means of moving something from one place to another, is a fancy legal term for a written document. So if Jack and Jill want something other than a 50-50 split, they’ve got to put that in writing.

Some of you who are paying attention may have noticed the reference to an “undivided” interest in the copyright. If you’re wondering what that means, it’s the reason why Jack and Jill each own half of the words and music, even though they didn’t contribute to both parts of the song. Let me explain.

Copyrights, along with patents and trademarks (and a few other things) are often referred to as “intellectual property” or “intangible property.” And the laws for such non-physical property were developed from principles of law relating to tangible property like land (real property), which go back many hundreds of years.

Let’s say that instead of writing a song, Jack and Jill decide to buy a house. Now that “house” consists of the land that the house sits on, the front and back yards (yes, with shrubbery), and the building itself. Maybe it’s like the house I grew up in, a post-war split-level on a quarter acre in the ‘burbs. So, what do Jack and Jill own?

They are “joint tenants,” meaning they have an “undivided” interest in the property. Unless they’ve entered into some weird agreement, both Jack and Jill each have free and unfettered use (and joint ownership) of the whole house (not just the first or second floors) and also all of the front and back yards. So if Jack later sells his 50% interest in the house to June, he’s selling his 50% share in the whole thing, not just the second floor and the front yard, for example. That’s what we mean by an undivided interest in property. 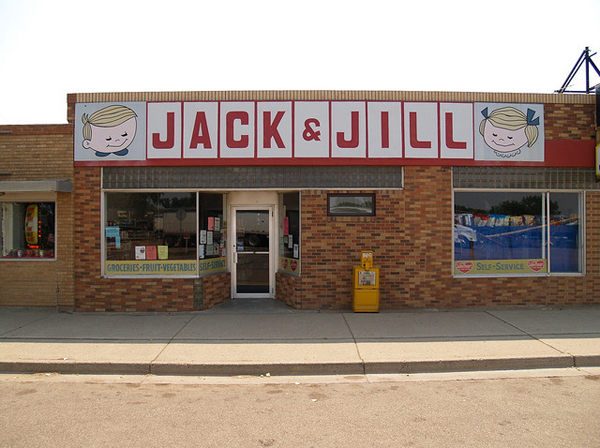 If Jack and Jill owned property together and opened a store there, perhaps it would look like this. (“Hebron, North Dakota” by Andrew Filer via Flickr.)

“Joint” authors of a work own an undivided interest in the whole work, even if each author contributes only a discrete portion of the work. That’s why Jack and Jill each own 50% of both the words and music to the song they wrote together.

So, let’s say Jack and Jill have a hit on their hands. And unbeknownst to Jack, Jill gets an offer to license the song for use in a new blockbuster movie: The Franchised Five, Part Six. Under what circumstances can Jill do the deal?

O.K., you probably figured the answer is C. But how many of you thought it should be A or D? In the absence of an agreement to the contrary, Jack and Jill, having an undivided 50% interest in the song, can each license the whole song (words and music and not just their 50% interest), subject, however, to a duty to account to the other joint author(s) and pay them an amount equal to their interest in the work. So Jill doesn’t have to get Jack’s permission, but she still would need to pay him 50% of the license fee, corresponding to his 50% ownership in the song.

Now, let’s say someone does an instrumental cover of the song and that, too, becomes a hit. CDs and downloads are sold, and the instrumental version is performed live and is broadcast over the radio and streamed over the Internet. Who gets paid the mechanical royalties for the sales and downloads, and who gets paid for the public performances? I think you know the answer: Absent a written agreement to the contrary, both Jack and Jill, as writers of a “joint work” should both get paid. Similarly, both writers should get paid when just the lyrics to the song are re-printed.

I’m sure many of my clever readers can come up with all kinds of scenarios, like Jack licensing the song to McDonalds without Jill’s permission and Jill licensing the tune to Burger King without telling Jack. Since advertisers usually want some sort of exclusivity, it may be that both agreements would be valid, but both McDonalds and Burger King could sue our songwriters for breach of contract.

Parenthetically, what if, instead of collaborating on a new song with Jill, Jack wanted to write a song using a poem that Jill had previously published in a periodical? Since Jill’s poem is a separate, pre-existing work, Jack’s use of Jill’s poem would not constitute a joint work. And just as Jack would have to get permission to arrange Jennifer’s pre-existing orchestral piece for a ukulele quartet, he would need to get Jill’s permission to set her lyrics to music.

But getting back to our collaborating songwriters, we can see that there are many reasons (e.g., Jack is a genius musician but Jill’s a much better businessperson) that collaborators should have contracts to spell out who can do what and to whom. And they should consult an experienced lawyer to help identify and document all areas of concern.

Moreover, many collaboration (and music publishing) agreements state that each party separately administers his own share, meaning you’ve got to get everyone’s permission. And the collaboration issues get particularly tricky when you’re dealing with works like operas and musicals or performing groups like string quartets and new music ensembles. Perhaps that’s a topic for another post.

This article, including the author’s replies to any comments, is intended to supply general information and guidance. It does not constitute legal advice and does not create an attorney-client relationship. Readers with specific questions should contact an attorney with relevant expertise for legal advice pertaining to their particular matter, as every situation is unique. 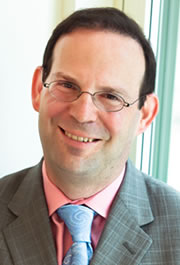 Marc D. Ostrow is a copyright and entertainment lawyer in New York City. Prior to returning to private practice, he ran the New York office of Boosey & Hawkes where he also was responsible for all copyright, legal and licensing matters, and served as a publisher member on ASCAP’s Symphony & Concert Committee. Previously, Marc was an attorney in BMI’s legal department. He has taught music business classes at the college level and is also a composer and occasional performer.