27 composers received support for premieres and first performances of their work, spanning from April of 2012 to October of 2013. 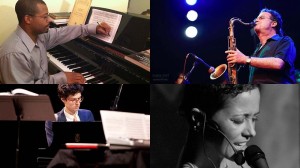 Twice a year, New Music USA receives an influx of applications from composers across the United States who are seeking support for their newly created works.

73 applications were received for premieres and first performances spanning from April of 2012 to October of 2013. A complete list of the most recent composer awardees and information about their works appears below.