Collective Arrangements: The Story of the Libera Composers Association

There was nothing unusual about the project to begin with: as an emerging composer, I wrote a work for high school concert band, had the premiere, made changes, and wanted to put together a consortium to premiere the now heavily-revised work.

The original piece, Band Together, had been written for my former middle school band director’s retirement—her last concert and the school’s first commission. As part of the collaboration, I traveled back to my hometown to run a week-long clinic with the students on the piece. The work included aleatory passages, and so I spent a few class periods teaching the students how to interpret notation symbols that were unfamiliar to them as well as introduced them to a few simple extended techniques. It was inspiring to watch their faces alight as they discovered new sounds on their instruments for the first time or as they got to experiment within the bounds of the boxed notation, which gave parameters for improvisation. They asked questions about their instruments, about how these sounds were made—it was as if they had discovered that entirely new instruments had been hiding from them all along. This, I thought, is one of the great goods new music can provide students. The experience was impactful for me as a composer, and I looked forward to sharing the revised work with more students across the country as part of a consortium.

But, as I began to think about what bands I would reach out to—friends from college who were teaching, old band director acquaintances, schools with local connections, etc.—I began to see the potential for something exciting.

My alma mater, Luther College, has an impressive and tightly-knit alumni network; I knew that having a consortium that consisted mostly or entirely of Luther College alumni band directors would be a great way for me to both honor the college and network with more band directors. I began compiling a list of former colleagues who were still teaching high school band, trying to get a sense for how many bands could be involved and what their buy-in cost would be for the project. I soon realized that many of the schools I was considering were in more rural areas—small schools with odd instrument distributions and tiny budgets. I couldn’t charge these programs a standard buy-in rate for this work, and with only a small list of schools to begin with, it was difficult to justify simply charging less; printing and shipping fees still had to be covered, travel expenses had to be accounted for. The solution seemed simple enough—I just needed more bands. While I was willing to go outside the Luther alumni network for bands, I knew I would have to get help from others: friends from school who use to play in band, as well as friends that might still be in contact with their band directors and would be willing to introduce me and the project.

The first person who came to mind was my composer-colleague, Maxwell R. Lafontant. He had played tuba for a long time, and we were still in touch. Yet, the moment his name popped into my head, I had a thought: putting together a consortium with alumni band directors was a smart idea, but putting together a consortium collective with alumni band directors AND alumni composers was a great idea. If I was using alumni directors anyway, why should I be the only composer to take advantage of that network? And if more composers wanted to write for that group of directors, why not also give the directors the ability to choose pieces from several different composers? Luther alumni composers are spread out across the country in a variety of disciplines: film, video games, theater, church music, concert music, and so on. Not only would this give directors a wide array of styles and perspectives to introduce to their students, but they had a higher chance of finding a composer who was living near to them and therefore would save on travel expenses. The other composers I began to consider bringing onto the project were young like me, either finishing up a master’s degree or freshly graduated, so they wouldn’t expect a huge fee to write a new work for band; and, with more composers involved, we would be able to capitalize on a larger number of connections, meaning more bands and a lower buy-in cost for everyone.

Max was a natural first choice as someone to bring onboard for the project. Back at Luther we had collaborated often, even writing two pieces together. When I called him, he immediately agreed to join. Within thirty minutes we had a project calendar, an enlarged list of schools to contact, the names of the alumni composers we planned to reach out to, our buy-in model, and several ideas for funding our group’s expenses. While some of these things would, of course, change over the next year, it still surprises me how many details from that initial phone call remained throughout.

With a plan in place, all that was left to do was start, and we wasted no time in doing so. Yet, as we would soon see, there was a lot more to consider in putting a project like this together—and the real work had yet to even be discovered. 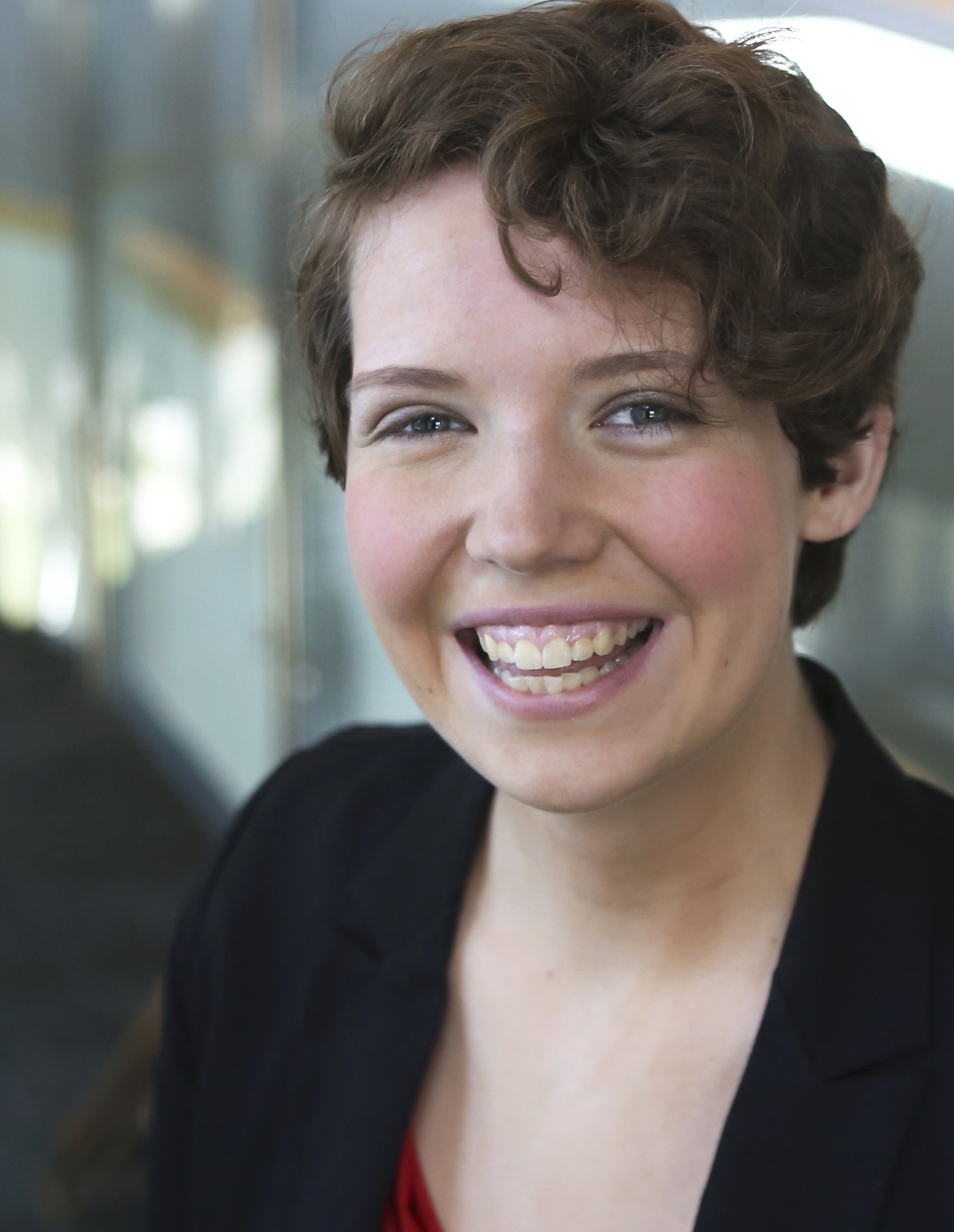 Kimberly Osberg is an emerging composer from Eau Claire, Wisconsin, who recently earned her master’s degree in composition from the Jacobs School of Music at Indiana University in Bloomington, Indiana. Since arriving in Bloomington in 2014, she has premiered countless chamber works, an opera, and collaborations with filmmakers, dancers, and playwrights.