Classical Music in the Era of ESPN

Would a “classical music ESPN” work in bridging the gap between our great musical institutions and every cable-subscribing home in America? By leveling the media playing field, could classical music once again compete for the attention of American households? 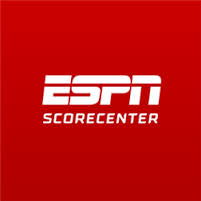 What if there was a ESPN’s Scorecenter that showcased music scores?

Imagine a television station where live performances of select national events are broadcast seven days a week. While the events themselves are often quite expensive to see in person, the broadcasts are available for anyone with a cable subscription, ensuring access to millions of television viewers across the nation regardless of income or location. Those who create and organize these performances give short live interviews, both before and after the events. In-between events, news programs are held discussing upcoming live shows, recapping past events, and giving behind-the-scenes looks at programs that are still in development.

Sounds too good to be true? Well, it already exists—and it is called ESPN.

We musicians often bemoan the attention that our society lavishes on professional athletics, while our concert halls struggle to fill seats. It is true that athletics has always been a large part of 20th-century American culture. However, for a brief period of time—primarily during the heyday of radio—our professional orchestras shared the spotlight with athletics. Radio stations that would broadcast local baseball games would also broadcast live performances of our radio orchestras. In the world of radio, both athletics and music were treated as equal partners. But much of this changed with the advent of mass media and cable television.
I don’t believe that I exaggerate when I say that, over the past 35 years of its existence, ESPN has successfully transformed professional and collegiate athletics (which, some would argue, are more or less the same…but I digress) from a “mere” multi-million dollar enterprise into the multi-billion dollar juggernaut that it is today. It is ESPN that has allowed millions of cable subscribers to tune into their favorite sports teams on almost any given day, follow their every off-season move, and obsess over the slightest minutia of their all-star fantasy football/baseball/water-polo roster. It allows any sports fan to consume sports entertainment twenty-four hours a day, seven days a week—as much as they can handle. Miss the game? Catch the recap. Anticipating the next game? Catch the “pre-pregame” interview.

Which makes me wonder: is it possible that this model—one that has turned professional athletics into a multi-billion dollar enterprise—could work in bringing classical music to a much broader audience? Would a “classical music ESPN” work in bridging the gap between our great musical institutions and every cable-subscribing home in America? By leveling the media playing field, could classical music once again compete for the attention of American households?

Sure, there are plenty of ways for individuals to watch and/or listen to recorded broadcasts of concerts. PBS does a great job of providing a multitude of concerts for viewing. If recorded concerts could develop a great audience, perhaps a model similar to MTV would work. However, those of us who work, eat, breath, and sleep classical music know the sheer excitement of watching a live performance. Think of this from the sports perspective—how many people do you know who get excited over taped broadcasts of live athletics? I can think of three, and they are all a tad on the obsessive side.

(Besides, we all know what MTV has turned into. I am personally not interested in seeing “The Real World: Boston Symphony Orchestra.” Wait, actually…)

Similarly, we can point to many individual efforts by orchestras, opera companies, and radio stations to provide live radio and internet broadcasts of their performances. However, these broadcasts are not centrally located, and are primarily targeted to those who are already classical music connoisseurs. If you are not a fan of classical music, you are not going to suddenly find yourself on the New York Philharmonic website, accidentally listening to their live concert.

Which is why a “classical music ESPN” could work. Heck, the Golf Channel has existed now for over a decade, so why not a channel dedicated to the live performance of classical music? Why not a channel that would bring conductors, composers, and performers into every cable-owning home in America? Then, instead of watching that rerun of Storage Wars: Texas for the seventeenth time, you could obsessively follow live news updates on the recent premiere of Andrew Norman’s Piano Concerto with the L.A. Philharmonic. (Hey, I would!)

Of course, there are insurmountable hurdles to overcome to make this work, not the least of which is money. Lots of it. More than most of us reading this article probably have. Additionally, there would need to be a buy-in from all of America’s greatest classical music institutions. Imagine ESPN without the New York Yankees? It would be the same if a station like this existed but the New York Met (as opposed to the Mets) didn’t sign up.

And what about ticket sales? Sure, initial sales might struggle slightly, but if this were at all successful then I can’t think of any better way to increase sales than to bring classical music to a much broader audience. Of course, if this became a deal-breaker then local concerts could be blacked out in the same way manner as local sporting events.

So, what do you think? Is this just a harebrained idea of mine, or does it have merit? Could it ever happen? Perhaps not. But then again, I don’t know if the founders of ESPN ever would have imagined the sort of colossal enterprise their fledgling station would turn into three decades down the road. 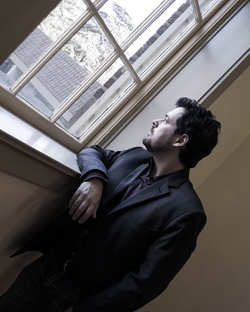 Kenneth D. Froelich is a composer and Associate Professor of Music at California State University, Fresno. Froelich’s music has been performed worldwide, with notable performances by Earplay, the Indianapolis Symphony Orchestra, and Pacific Serenades. He currently serves as the director of Fresno New Music, where he seeks to showcase a wide variety of composers and new music performing ensembles in the greater Fresno metropolitan area.