Chicago: The deafening silence of the Beethoven Festival musicians

Why were we silent for nine months as we awaited sums of money that, to us, make or break our ability to pay the rent? For me, the story of the Beethoven Festival is a story of vulnerability: my own individual vulnerability, that of my colleagues, and that of our entire musical community.

I was recently hired to play a daylong ensemble engagement. In my reply, I gladly accepted, and asked what the compensation would be, since the initial email had not included that information. The contractor, an admired mentor with whom I have a frank rapport, told me the number, but also offered that I might want to refrain from such questions in the future. Asking about pay, he suggested, could make me look like money was all I cared about. In his mind, I’d violated a norm. It was almost as if he were surprised I didn’t trust him. And sure enough, when I arrived at the gig—which was well-paid—the check was on my music stand.
When it comes to money and music, it seems we aren’t in agreement about what the norms are. How much is enough? What questions are we allowed to ask? And what do we do when the check never comes? That discomfort has reared its head in a particularly dramatic way this month in Chicago. The Beethoven Festival recently announced its fourth annual event, happening this September. But for local musicians, the announcement was stunning: the festival has not yet finished paying the people who played for them last year. I personally am owed in the neighborhood of $1,000. This is, of course, the complete opposite of having the check on your music stand when you arrive. 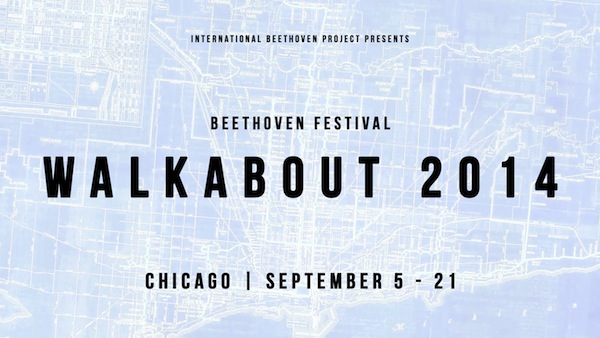 Given the number of musicians owed money—and the number of musician who know someone owed money—one would think that the festival’s 2014 announcement would’ve been a lit match in a dry barn. But it wasn’t, quite. A single Facebook post from violinist Austin Wulliman yielded fifty comments from prominent local musicians, including members of eighth blackbird and professors at the University of Chicago. A post on Slipped Disc—which, depending on whom you ask, is widely perceived as either essential rabble-rousing or venomous clickbait—broke the story publicly, but comments from named musicians are scarce. Media stories followed from Chicagoist (where writer Drew Baker had difficulty getting anyone to go on the record) and even the Chicago Reader. But these stories weren’t as widely shared on social media as you might imagine, given the profound violation of norms that the story represents for the Chicago freelance community.

Why were the wronged musicians and their friends still so quiet? And, come to think of it, why did we maintain silence for nine months as we awaited sums of money that, to us, make or break our ability to pay the rent?

For me, the story of the Beethoven Festival is a story of vulnerability: my own individual vulnerability, that of my colleagues, and that of our entire musical community. Much of the most artistically adventurous work in Chicago isn’t unionized, and we take a leap of faith every time we work for each other. Usually, that trust is rewarded, and professional and collaborative bonds are formed that allow us all to thrive. Horn player Matt Oliphant’s blog post on this matter is aptly titled “Beethoven Festival and Respect.” The community is indeed held together by trust, respect, and not much else. If circumstances like these are kept secret, it threatens the security and well-being of every musician in our city.

The unpaid musicians began receiving apologetic emails from Beethoven Festival Artistic Director George Lepauw in early October. As the festival’s dire financial circumstances became clear, a tacit agreement quickly developed that we would not take to social media or the press. We were never asked to remain silent, but we did. I suspect that the other unpaid musicians were, like me, nervous that any public complaint might have resulted in an even longer delay of their payment. After all, for many months it was unclear what logic had been used to determine who would be paid first. (Lepauw described the payments as happening “on a rolling basis.”) At a Christmas background music gig three months after the festival, I had an awkward encounter with a friend.
“Too bad about that Beethoven Festival money, huh?” I said to him as we set up.

“Oh…uh…yeah,” he said, looking at the ground. It took me a moment, but I realized that he’d been paid. We laughed about the bizarre situation. But the truth was, he was personally closer to the festival’s organizers, and his insistence on being paid had helped. (Lepauw told the Reader that 15 of the 60 orchestra members have been paid in full, but there’s been no discussion of how they were selected.)

When the festival sent out small checks to everyone in February—around 30% of what we were owed—one colleague posted a cryptic Facebook status about receiving a fraction of his pay, six months late. A few musicians left grumbling comments, but the offending employer was never named. It makes sense that so many musicians opted to preserve the festival’s reputation and quietly wait for their checks. Musicians were not only concerned that public complaint might have monetary consequences, but also about their own reputations. To complain about the missing funds could be construed as unkind or malicious towards a beleaguered, near-bankrupt organization that was reportedly working hard to right the situation.

Perhaps that’s the biggest reason we kept quiet about the unpaid bills: Compassion. Sympathy. Love, even. We hoped things would get better. No one wanted the Beethoven Festival to fail. No one wanted fewer performance opportunities for Chicago musicians. No one wanted to see a musician’s reputation destroyed, nor an ambitious and idealistic venture go down in flames. I would not wish such a spectacular public relations disaster on any arts organization. 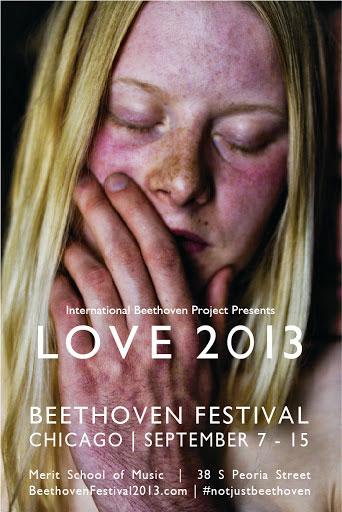 But was it the correct choice for us to remain silent, ostensibly to help the festival right itself? In his official response to Slipped Disc, George Lepauw said, “I have always been, and still am, a musician’s advocate, and am extremely grateful to all the musicians who have been patiently waiting for their dues, and who have been supportive of us throughout this difficult period and have not complained on social media about it.” Lepauw posits that this silence was the noble thing to do—unlike, of course, musicians such as Wulliman, whose lone post Lepauw described as “a campaign of misinformation and blurring of facts that is counterproductive to the intent of repaying musicians.” The implication I perceive in his statement is that silence will be rewarded, and speaking out will only result in further delays of payment. And yet Wulliman had the freedom to voice his dismay expressly because his ensemble, Spektral Quartet, was paid in advance for their performance. Wulliman could speak out, in other words, because he had less to lose.

And it’s a good thing he did. The consequences of our silence go beyond when, or whether, we ever get paid. While we were being nice and patient and quiet, a whole new roster of musicians from throughout the U.S. agreed to play for the 2014 festival. At the very least, the national community should have known that these debts remained unpaid, so that they could have made an informed decision about whether to participate. These individuals, met with the uproar of the past weeks, now face the difficult decision of whether to withdraw. While it is uncomfortable to call our fellow musicians to task here, they have unfortunately agreed to perform for an employer who, in a story about this debacle, actually described the festival’s skyrocketing budget as “an incredible story of success.”

It’s not fun to publicly admit how much a $900 check might matter to us, but the truth is that our position is precarious. This fall, I placed a nervous phone call to an employer about a check that hadn’t yet arrived. It was only two days late, but things were tight for me and it mattered. “I understand,” the woman on the phone said, “I used to live hand-to-mouth.” I cringed and just hoped she could help me.

As tax time approached this year, I owed $2,500 on my $25,000 income. That’s another aspect of the vulnerability of self-employed artists: our social safety net isn’t very strong. Without the security of a full-time employer, we must be particularly diligent in setting aside money for taxes, retirement, and emergencies. Around March 1, I received an email from George Lepauw:

It is likely that within the next week, we will…be able to start issuing checks. However, we may not reach the total needed to pay everyone at once, so we have decided to issue what we can to each of you as we receive funds. After much internal discussion, we feel that this would be a better system than paying some of you but not others. You will therefore get several checks in the course of the next weeks until we are back in the black.

I felt hopeful. Perhaps the check would arrive by April 15; perhaps it would enough money to help with the taxes. But as it turned out, I received only one check for about $300. The other promised payments never came. When tax day rolled around, I couldn’t send an email to the IRS explaining my lack of funds and the noble work of being a musician.  I simply wrote a big check and hoped the next month would be better.