Sam Scranton’s Detritivore is an evening-length ensemble work that is both theatrical and restrained, simultaneously epic and intimate, and was so absorbing that I could not write about it without participating in the reverberations of the piece itself. 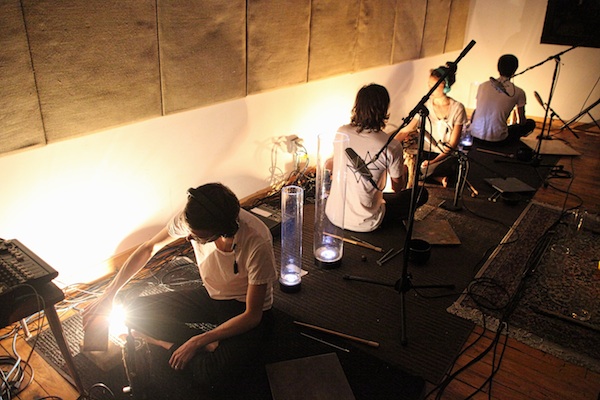 The premiere of Sam Scranton‘s Detritivore, presented in the tucked-away space of Experimental Sound Studio, felt like a major art event. It is an evening-length ensemble work that is both theatrical and restrained, simultaneously epic and intimate, and was so absorbing that I could not write about it without participating in the reverberations of the piece itself. Scranton’s music is richly layered, allowing dense textures of live spoken text to coexist with folk percussion instruments and found sounds. His compositional voice, drawing on the willingness of minimalism to sit with one sonic idea for a courageously long time, is also utterly his own. It is a rare treat to hear a work that feels both contemporary and timeless, presented by an artist taking wholehearted risks.

Experimental Sound Studio, under the leadership of Lou Mallozzi, has what Mallozzi calls “a long history of presenting work that makes innovative use of text.” Detritivore uses texts that feel both futuristic and ancient, and the work’s humor and humanity make it a true standout. Performed by Scranton along with Andrew Tham, Deidre Huckabay, and Bill Frisch, the piece was originally intended to be performed by a small army of performers. After the premiere performance, Scranton described to me an enormous downtown Chicago food court as a potential space for a repeat performance. Stay tuned, for someday soon you too could read your secrets into a time capsule.

***
May 9, 2014 A.D. 20:03 hours. I see the trees and houses of Ravenswood Avenue moving quickly in and out of my field of vision. I hear my gasping breath and the pounding of my feet on the sidewalk. I think maybe I shouldn’t have gone to yoga before this concert; shouldn’t have tried to do so much today.

20:07 hours. I see the man at Experimental Sound Studios holding programs. I hear him telling me admission is ten dollars. I tell him I’m on the press list. I think I maybe should’ve bought a ticket anyway, but I also think I’m broke. I think thank God these things never start on time.

20:12 hours. I see the patch of floor where I will stand through the entire hour-long work. There’s nowhere to sit. I hear the conversation of the people next to me; one of them is moving to a new city. He says he sold everything but his patio furniture and his couch. I think it might be hard to stand up through this whole thing.

20:15 hours. I see the stage and the instruments: tall vases, light bulbs, bricks, clay tiles. Plastic cassette players sit beside animal-skin drums. I hear the audience applauding. The performers aren’t coming onstage. I hear the man behind me say, “We’ll just have to clap again louder next time.” I think he’s wrong and that the ensemble is doing this on purpose.

20:16 hours. I see the four performers coming onstage in white v-neck t-shirts and jeans. I see the contact mics and headphone cords attached close to their necks by white tape, like bandages on a wound. I hear the long silence that is the beginning of this piece. I think I love my friends, the performers, all four of them now sitting cross-legged on the floor, about to play music that’s never been heard before. I think I’d like to be up there with them.

***
The piece had five parts. This is what I imagined during each part.

In the first part of the piece the performers were a lost pilot on a long, long flight. They read hours, minutes, altitude, azimuth. They were a lonely astronaut in outer space, except that they had drums. They were a forest-dwelling man on a strange military assignment. They read the numbers for a long, long time. I worried the pilot wouldn’t make it. I wondered how long his flight would be. I think I heard them count to twenty hours.

In the second part of the piece the performers were praying for the astronaut. They were on the ground, sending prayers and smoke signals to their family member in the sky. Their lips moved and I didn’t know what they were saying. By the end of this part it felt like a burial ritual for the lost pilot. 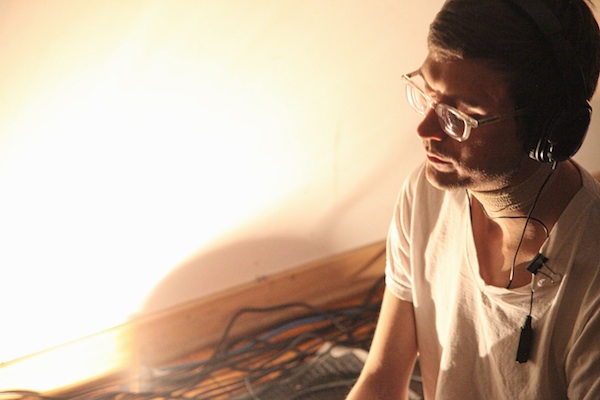 In the third part the performers became themselves again. They all spoke at once, reading stories from their day into tall glass tubes, as if making recordings for a time capsule. I craned my neck to try to get closer to them and hear what they were saying. One performer said, “I think about having a full time job.” Another said, “I think about taking a shower but I don’t really want to.” The composer said, “I think Edie is being very sweet and good today.” I knew that Edie is his daughter. In the silences, it was awkward and intense. I was afraid one of them would say something embarrassing, or something I didn’t want to hear.
In the fourth section, each performer read a different chronology. Deidre read the history of Blockbuster Video. Andrew read the history of Detroit. Sam read the history of the creation of the universe. At the end of the section, Sam was left alone, his history catapulting forward into the future. He said that in the year 1 trillion A.D. the universe would enter a dark period. I thought about how the tragedies of Blockbuster, or the city of Detroit, felt smaller and sadder to me than the end of the world. 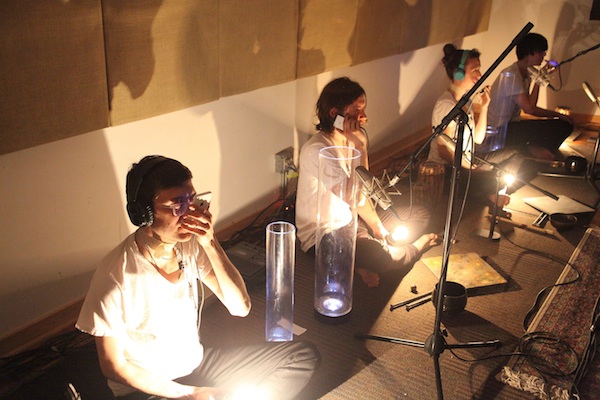 In the fifth section, the performers gathered cross-legged in a circle on the floor. They took their time-capsule vases and bowed them. I think they were having a funeral for the universe, which by the end of Sam’s oral history, had pretty much been destroyed. At the end of the piece was a silence longer than I’ve ever heard at a concert.