Cage = 100: As Influential as Wagner, as Interpretable as Mozart
NewMusicBox
Written By

Cage = 100: As Influential as Wagner, as Interpretable as Mozart

The idea of comparing Cage to Rameau and Wagner, should lead us to think about Cage the same way as we look at any other composer from the past or present. What should the path then be for a would-be interpreter of Cage’s music? Performing a piece by Cage is no different from performing a piece by Mozart, except for the mechanics of the execution. 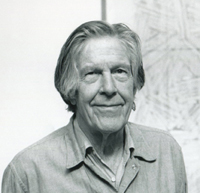 To celebrate John Cage and his enormous impact on music and culture in the United States as well as abroad, we are featuring Cage related content all week. Visit NewMusicBox each day to read, watch, and/or listen to a different aspect of his legacy which, although Cage himself is no longer with us, is still central to new music. – FJO]

Since as far back as I can remember, John Cage’s music has been placed on the outside, and always, the issues of performance practice were tied to “special considerations”. I’ve never felt comfortable about that. Let’s try a different approach.

Cage is one of the composers whose works have had a defining influence on music history. I would compare him to Jean-Philippe Rameau and Richard Wagner, two composers who had a similar impact on the way people thought about music. It was not just their music that was significant; their writings were equally important. The combination of the music and the writings of Rameau, Wagner, and Cage shaped the music of their respective time periods. When Rameau published his Treatise on Harmony in the early 18th century, it influenced several generations of composers. The writings of Wagner not only redefined opera, they also helped establish the concept of a modern orchestra and the role of the conductor. Cage’s writing made a definitive break with the musical thinking of the past, specifically with the aesthetics of late Romanticism. (Cage’s rejection of the persistent residue of the 19th century might be the source of the often virulent hostility towards him.)

The Wagner-Cage comparison is quite fascinating. Both Wagner (b. 1813) and Cage (b. 1912) created their milestone compositions at the midpoint of the centuries in which they lived—Tristan and Isolde in 1856, the Concert for Piano and Orchestra in 1957—and both works still remained controversial half a century after their creation. Tristan was performed for the first time without cuts by Gustav Mahler in the early 20th century. Wagner didn’t live to see it. Performances of the Concert for Piano and Orchestra with a musically engaged and knowledgeable orchestra started only in the mid-1980s. The one truly great performance at Lincoln Center by David Tudor and Joseph Kubera was in 1993, and the first complete Atlas Eclipticalis was performed at Carnegie Hall in late 1992—performances that the composer didn’t live to attend. 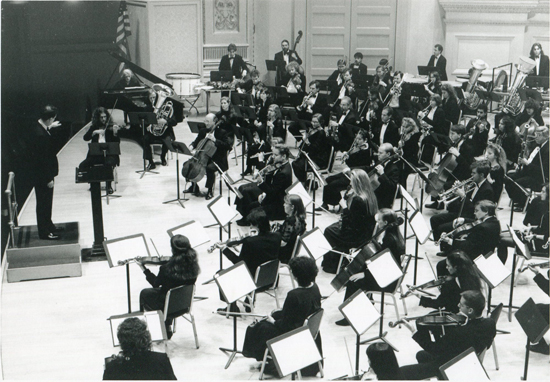 The idea of comparing Cage to Rameau and Wagner, should lead us to think about Cage the same way as we look at any other composer from the past or present. What should the path then be for a would-be interpreter of Cage’s music? Should he or she follow a tradition, or use an entirely new experience? What can I say?

Music is specific, not universal, and the ability to “understand” or “interpret” a score requires education—learning, and often breaking old habits. To do justice to the music of Cage, one needs to know as much about him as one knows, say, about Mozart. To be educated on how to play the music of Brahms and other 19th century composers does not make one automatically capable of playing Cage, since Cage’s music often requires a different way of reading the score and following the instructions. The most important information about how to perform music, be it by Cage or any other composer, does not come from the score; it comes from a thorough understanding of the style the music has been written in! Style is impossible to write into the score, yet, the knowledge of a style is the most important aspect for successful performance (taking the technical ability for granted, of course). Namely, every style is traced back to the composer, either through the composer’s own performances or through the performances of close collaborators and interpreters. The way we perform Chopin goes directly back to Chopin’s performances and was established by observing, listening, performing, and passing this knowledge from one generation to the next. When this chain is interrupted, as happened with early music, it is almost impossible to figure out how to perform it again, although the scores are available as they left the composer’s writing desk. Chopin’s scores do not look different from Bach’s of Mozart’s, but they surely are played differently. Ninety-nine percent of those differences are not written anywhere. How then should a would-be interpreter learn to perform Cage? He or she should associate with someone who worked with Cage and/or who has worked with musicians associated with Cage, listen to recordings, and read his writings. Playing the notes and reading the instructions is not enough. (Some of the instructions even need an interpretation.) A direct experience, performing the music in a knowledgeable environment—this is the only way to play it properly.

Do we need to “honor Cage’s legacy”? I don’t think so. The legacy of Cage exists on its own, regardless of us honoring it or not. One simply performs the music as best as one can. The legacy of anyone’s work happens through performances (exhibits, publications, etc.). Presenting the work in the best possible way creates its legacy, not arranged “celebrations.” 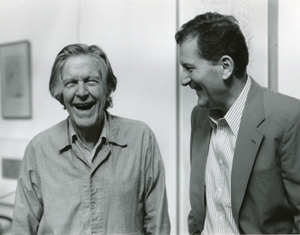 I first encountered Cage’s ideas in 1960, when I read the Darmstädter Beiträge zur neuen Musik 1959 which contained some texts by him. Encounters with his music followed, and when we met in 1964 and performed together (first in Vienna and then a few months later in Prague, also traveling to Warsaw), I was ready to perform his music with a degree of understanding that helped forge a close musical relationship. These early experiences were very important for me and influenced the way I have been looking at his music to this day. I became convinced already then that, generally, Cage’s music is not all that different from Mozart’s. Both composers’ scores offer elements of freedom as well as elements that are precisely determined. The difference between a score by Cage and Mozart is in the nature of these elements. While the concept is similar—we are making sounds within a set of time-constrains—the details diametrically differ. This was my conclusion after performing Atlas Eclipticalis with Cage and Tudor in 1964. In fact, I believe that Atlas is a masterpiece that perfectly balances the relationship between what is given and what is open to interpretation. I have been performing this piece ever since.

When Cage started to use a stopwatch instead of counting beats, he referred to the rhythm of getting from one place to another. (Isn’t this what happens during a performance?) In the past, you traveled by horse—clap, clap, clap, clap; today, you take an airplane. It is not so simple, of course, but I like this remark very much. Since the early 20th century, we can universally observe in the music of this epoch the need to weaken—or remove entirely—the sense of the beat, especially the sense of the downbeat. You can find such ideas already in the music of Richard Strauss. In their compositions from the ’50s, Cage, Earle Brown, Christian Wolff, and Morton Feldman completely abandoned any sense, or even any indication of the beat. Feldman later returned to using bar lines, but his complex and changing time signatures completely confuse any sense of ongoing periodicities. Atlas Eclipticalis uses proportional time-organization that depends on the conductor’s signs. In this sense, it is no different from a piece by Mozart, except for the mechanics of the execution. As in a Mozart score, you will find pitches exactly notated, to be exactly performed. The difference is that Cage is giving the choice of the pitch sequence (or sounds in percussion parts), but the notes are written as exactly as Mozart’s. In Atlas Eclipticalis, the notes have to be played without the slightest deviation regarding phrasing, crescendos, etc. Mozart, on the other hand, gives you many choices to interpret the notes, create phrases and make small deviations here and there (within the confines of the style, of course).

The last issue I would like to briefly mention is the business of chance operations in music. If you go to a grocery store and pick up the box of cereal you happen to be standing nearest to, it’s up to chance what you end up buying. This is one kind of chance operation. When Cage (and other composers) decide to use chance in the compositional process (and perhaps in the performance as well), this is an entirely different kind of chance. Here, it is not about chance per se! These chance operations serve only as means to arrive at an unpredictable situation. One step does not predict the next step, and still the result fulfills the vision of the composer (or musician). And in order for these musical processes to remain unpredictable, the results (the actual music composed and performed) have to be executed with precision. The musician must be focused and execute the score with exactness. (You must not “let go” the way you would when performing Chopin—if you learned the style.) Playing Cage requires focus on the music and a state of utter devotion to the performance, the same as with any other composer. The horrors we so often encounter with performances of Cage’s music occur when the musicians believe that, because of chance operations, it makes no difference what they do. It can be this or that—like picking up a box of cereal.

Let us leave the conventional, entrenched conservatism behind. This attitude presupposes that the knowledge of performing Brahms (or beyond Brahms–composers coming out of the tradition of Brahms) is a norm that can universally be applied to every other music. This attitude lacks intelligence, musicality, and liveliness and often turns music into a dead corpse. Lately, I feel optimistic as I see rapid changes around, not just among musicians, but audiences as well. What a difference rehearsing Atlas Eclipticalis now compared to 1992! The John Cage centennial couldn’t have come at a better moment. 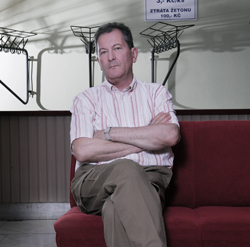 Composer, conductor and flutist Petr Kotík divides his time between his native Prague, Ostrava, and New York City. In New York, he continues to serve as the artistic director of the S.E.M. Ensemble which he founded in 1970. In 1992, he expanded the S.E.M. Ensemble to the Orchestra of the S.E.M. Ensemble; their debut concert at Carnegie Hall was a tribute to John Cage featuring David Tudor. In 2001, Kotík founded the Ostrava Days Institute and Festival, of which he is also the Artistic Director.