We must build greater gender and racial diversity into curriculums and concert programs so that students may see themselves in history.

I believe in the power of music as an art form to create a space for people to communally experience empathy. Classical music is a field that historically began in Europe, but I find it vital to think about the future of classical music. How do we serve our communities? How do we serve our art form? Commuting in New York City, I see the global community in a single subway car. How does classical music reflect, include, and give voice to all of these life experiences?

Violinist Jennifer Koh speaks with great clarity. She and I are sitting in her living room, the faint sound of traffic a gentle reminder of the city. We’ve been talking about commissioning and programming as advocacy for diversity over the past several days, and I’ve been bouncing some ideas off of her for this series. I’m nervous—as I always am before my writing is published—and her encouragement to speak about these issues is centering. She continues:

It is our responsibility as artists to advocate for artists and composers who happen to be women or people of color. I feel that we as artists and as an industry need to model and advocate for our entire community. And frankly, diversifying programming is the only way that classical music will survive. If our programming does not reflect the diversity of our society, then we are not serving our community and by extension, we are actively making ourselves irrelevant to society. In this series on curriculum diversity, I’ve discussed how stereotype threat impedes performance, and suggested that students need role models and precedents to fight that threat. I interviewed various scholars, performers, and educators to show examples of people who are creating resources to help build curriculum diversity. As stated in the previous posts, many of these scholars noted that in order to make curriculum relevant to our students and our communities, we need to not only help them find role models, but also give them permission to achieve. In this final installment of the series on building curriculum diversity, I focus on how the inclusion of achievements by musicians that reflect the students’ racial and gender diversity empowers this younger generation of musicians to have permission to be successful.

By not only commissioning new works, but also programming historic ones and writing about composers of the past, Jackson is contributing to the body of knowledge that celebrates the precedent of great composers of color.

Ashley Jackson is another performer who has used both her scholarship and her decisions about programming to advocate for diversity. Her doctoral dissertation is an examination of the collaboration between composer Margaret Bonds and Langston Hughes within the greater context of the New Negro Movement (here is a wonderful article Jackson wrote for NewMusicBox earlier this year, and she is looking forward to expanding her research to include a biography of Bonds). Jackson noted of her scholarship on black composers that it was important to “tell their stories in the same way, with the same honor.” As a performer, Jackson advocates for diversity both by programming her own concerts and by working to build a community of musical activists. Her latest performance project, Electric Lady, is a series devoted to works by female composers. In addition, she is the deputy director of The Dream Unfinished, a collective of classical musicians whose concerts promote civil rights and community organizations based in New York. By not only commissioning new works, but also programming historic ones and writing about composers of the past, Jackson is contributing to the body of knowledge that celebrates the precedent of great composers of color. 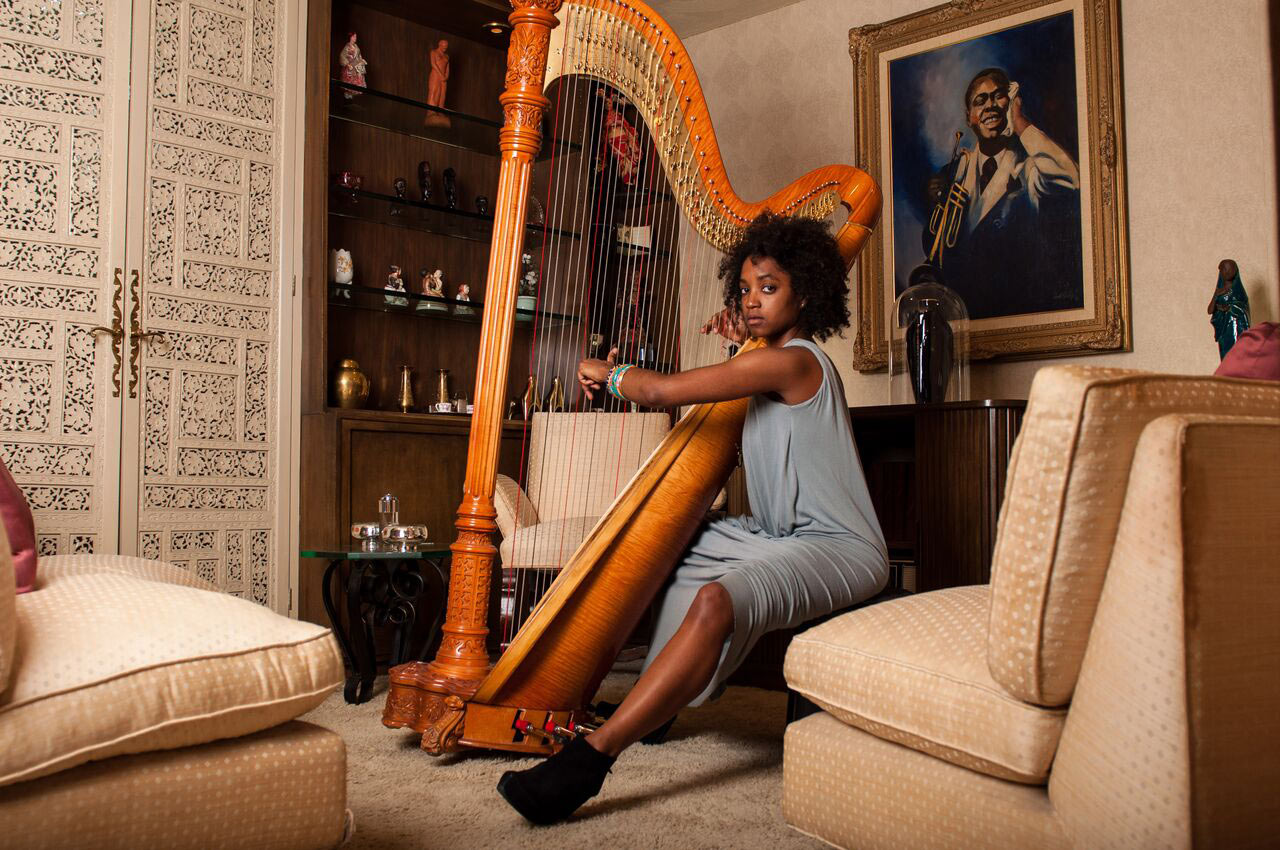 The experience of concerts celebrating diversity is a topic close to Jackson’s heart. In our interview, she described the first time she went to see the Boston Symphony Orchestra when she was a little girl. Ann Hobson Pilot, the first black woman hired by the BSO, was playing harp. Jackson said, “When you see role models that look like you, that leaves a strong impression. At the time, I didn’t understand the significance of that experience, but in retrospect I realize it was a brilliant move on my parents’ part. That inspiration goes a long way—not just seeing someone do it, but seeing them succeed at such a high level.”

One electronic musician who has both inspired and paved the way for younger generations is Wendy Carlos. Carlos is perhaps most famous for her 1968 work Switched-On Bach, a reimagining of Bach’s work on Moog synthesizer that won three Grammys (and will be the subject of an upcoming book in the Bloomsbury 33 ⅓ series by Roshanak Kheshti). On her website, Carlos says of the work, “I began my young experience as a composer realizing that what I had to offer [electronic music] was generally hated. But I thought that if I offered people a little bit of traditional music, and they could clearly hear the melody, harmony, rhythm and all the older values, they’d finally see that this was really a pretty neat new medium, and would then be less antipathetic to my more adventurous efforts.” Even if you’ve never heard of Carlos, you’ve probably heard some of her “more adventurous efforts” in music for Stanley Kubrick’s The Shining, or her scores for Kubrick’s A Clockwork Orange or the 1982 Disney film Tron. Her example and her success show that audiences were ready for new sounds and new ways of presenting music, and her unique perspective allowed for an entire generation of listeners to become enthralled with contemporary music made by the latest technology through her film scores and records.

In addition to programming, another way performers can share the knowledge of their craft is by creating technique books or videos. This not only highlights their presence on stage as individuals, but shows how they are experts. Sound artist and abstract turntablist Maria Chavez’s wonderful book Of Technique: Chance Procedures on Turntable explains different techniques that Chavez has developed through her career as a performer. What I love about Chavez’s music is that she takes found objects from the environment and finds their beauty through focused listening and attention in her sets. The records Chavez uses are mostly found damaged and would otherwise have been discarded. Taking these objects and turning them into a vital part of avant-garde DJing is what makes Chavez’s music so unique. Giving the objects a new voice points to the idea that forgotten or discarded peoples can be empowered to have a voice through advocacy. 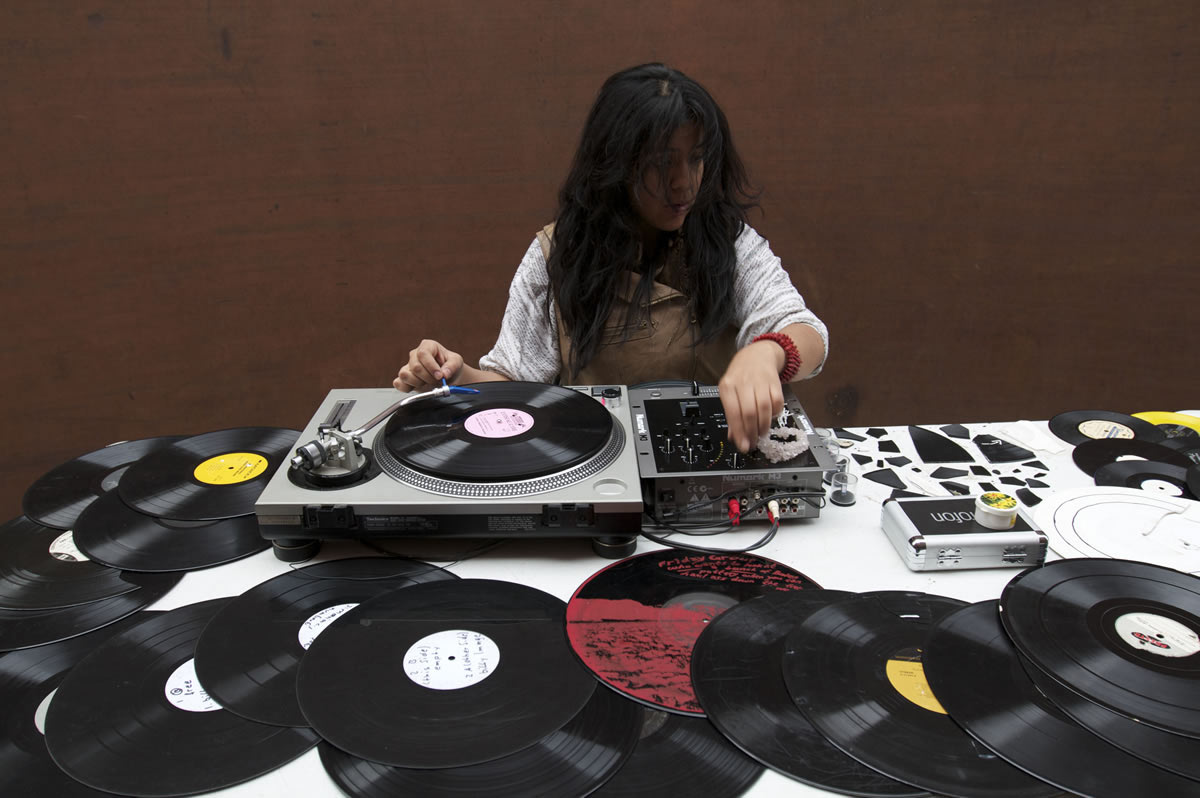 When I asked Chavez why is it important to include women and people of color in curriculums or histories of electronic music, and why it is important that those contributions are visible, she responded:

I don’t think it’s necessarily important to have them in curriculum, I think it’s simply short sighted to ignore the fact that works by different humans EXIST. . . . We are past the time when European cultures were questioning whether the indigenous people had souls or if African slaves should be considered people. To be in a part of history where it’s clear how asinine these kinds of questions truly are, I think asking the question of importance should be redefined as a question of why the original history was allowed to be discussed without including the works of others in the first place. To say something is important, in regards to this question, is to still say the works are unique to the history. I disagree, the works were always there, they just weren’t given the focus as the other works were given. When works are presented equally then the beauty of the true history of electronic music can really shine for what it really is.

Once you hear that silence, you hear it everywhere.

One author who has helped refocus history to highlight forgotten composers through her recent work is Anna Beer. Beer teaches creative writing at the University of Oxford. While she is not a musician by trade, she studied music until she was 18, and she has continued to listen to and research music as a part of her life. As she was doing research about Francesca Caccini, she realized women composers were rarely represented in concert halls. Beer said, “Once you hear that silence, you hear it everywhere.” She decided that she wanted to write something that gave a voice to women who had been silenced in the past. Her advocacy became her recent book Sounds and Sweet Airs: The Forgotten Women of Classical Music. The book details the lives of composers such as Barbara Strozzi and Lili Boulanger. Beer said that her favorite piece that she discovered out of the research was Fanny Hensel’s Das Jahr, which Beer called an “amazing, rich, astonishing work.”

While Sounds and Sweet Airs began as a standalone project, it has turned into lecture appearances and other engagements. Beer said that it has felt important to do concert lectures alongside live performance because it meant talking directly to people. She continued, “Music has to live; it needs a platform and it has to be voiced—that is the most important task. One lieder or anything small that is programmed and heard increases momentum. It helps it live.” Beer reiterated the importance of “giving permission to the next generation to validate their curiosity. It’s not just about having role models but actively giving them permission. It enables people.”

We need to show students the achievements of all people in music. To do that, we must build greater gender and racial diversity into curriculums and concert programs so that students may see themselves in history. By taking concrete action to provide this context of both living role models and historical precedent, students can be empowered to go on to achieve in any area they are interested in. Perhaps, they will even become the positive role models they needed when they were younger.