Not only does genre-based language mislead listeners about post-genre music, but it also affects how the music itself is monetized and thus how artists make their living and find their audiences. Hannah Schiller concludes her three-part series with a discussion of roadblocks and possible paths forward.

Over the past two weeks, I have outlined a post-genre framework for characterizing music and posed questions that I have been grappling with in my own thinking. In my first post, my focus was on language and how we could realistically create a cohesive vocabulary to describe and discuss music in the absence of genre-based terms. In my second post, I dug into the role of listeners and how their pre-existing associations surrounding genre may or may not confound post-genre thinking. With these questions in mind, what I am left wondering about the most is how to build audiences for post-genre artists.

The main issue regarding audience-building centers around sources of funding. While conducting research on a vocal group called Roomful of Teeth this past summer, I was able to discuss this issue at length with Bill Brittelle. Brittelle, a strong proponent of post-genre thinking, is a commissioned composer for Roomful of Teeth and a co-founder of New Amsterdam Records.

There are a number of similarities between the music I have explored in my research by composers such as Brittelle and Missy Mazzoli, who are often lumped into the “classical” category, and the music that I listen to outside of my research, much of which is lumped into the “indie” or “alternative” category. One of my favorite bands, Dirty Projectors, comes to mind as a group that is unafraid to make new sounds and experiment with their music-making in a way that I connect with the music of some of my favorite “new music” composers. The difference between them, aside from the genre that their music is labeled under, lies in the way that it’s monetized. In our conversation, Brittelle described the following scenario:

We’ve talked about this a lot at New Amsterdam. There are two separate worlds of monetization, and there are these cliffs around what is monetized through the commercial marketplace versus what is monetized through the nonprofit world. Everything I do is essentially supported by a nonprofit. Anytime I’m presented at a performing arts center or I’m commissioned, there’s a nonprofit source somewhere back there. But let’s take David Longstreth [of Dirty Projectors] as another example—almost everything he does is supported by some kind of commercial entity. The volume of people he’s able to reach is very different because of that network.

We discussed his frustration that while post-genre music existing on the nonprofit model often struggles to find its audience, equally innovative and experimental bands are able to develop devoted audiences on the commercial model. He described it like this:

We look at the music and it’s not that different. I analyzed “Useful Chamber” by Dirty Projectors in a post-genre class that I taught. It’s an incredible piece of composed music, but it also has to do with the way that it lives out in the world and who it reaches through commercial channels instead of nonprofit channels.

Would shifting the way that post-genre music is funded actually build its listener base?

So not only does genre-based language mislead listeners about post-genre music, but it also affects how the music itself is monetized and thus how artists make their living and find their audiences. This presents a double loss for composers of post-genre music that are assigned a “classical” label, as the system of monetization they are engaged with may not be the right option for their music. The connection between systems of monetization and audience-building has to do with the types of people who engage with the music being funded by the two systems. Part of it may have to do with age; the nonprofit system is a donor-based model, and older people are typically the people with the money. The commercial model is based more on consumption, which is arguably more relevant to younger audiences. These two groups are on opposite ends of the age spectrum. But it also certainly has to do with the network and the types of publicity that result depending on which system of monetization the music is placed under. When it comes to the type of music that Brittelle is writing, much of which draws on synthesizers and drum machines, the ideal audience would likely be those listening to more commercially produced music that also draws on these types of sounds, rather than the types of audiences that read the classical music section of The New York Times and frequently attend performances put on by nonprofit organizations like opera houses and symphony orchestras. Therefore, perhaps a way to build audiences for music like Brittelle’s is to shift it over to a for-profit commercial system of monetization. The network that this would provide him and his music, along with the base of listeners that would be more accessible as a result, would certainly be beneficial. But then the questions become: How do we go about taking genre out of the way music is monetized? And moreover, would shifting the way that post-genre music is funded actually build its listener base?

We have already seen that this is a difficult shift to make. New Amsterdam Records, founded by Brittelle, Judd Greenstein, and Sarah Kirkland Snider, has aimed to do essentially this. They founded a record label whose aim was to promote classically trained musicians who fall between traditional genre boundaries on a for-profit model. An article in the Wall Street Journal last year described how, despite creating a much-needed outlet for post-genre music, operating on a for-profit model has proved to be difficult. A record that sells well for New Amsterdam will still only sell around 5,000 copies, which they explained is barely enough to cover the cost of production. 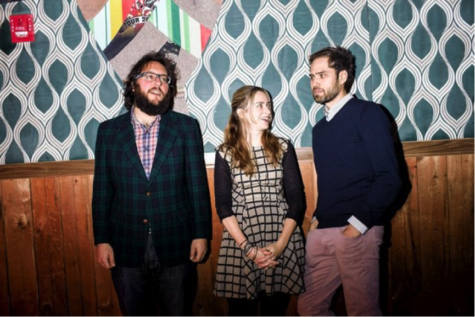 While the minimal monetary success that New Amsterdam has had despite the switch to a for-profit model is discouraging, I believe that it does not mean that such an operation will not be more widely successful in the future. This issue is intrinsically tied to genre being central in musical criticism and promotion; even if the music that New Amsterdam is pumping out is accessible and innovative and could potentially appeal to a large number of listeners throughout the world, the fact that many of its recorded artists are still tied into the “classical” label to some degree will still deter people from listening and hinder efforts to create opportunities for post-genre artists to build their audiences and lead more sustainable lifestyles. Thus, the process of finding a fitting place for post-genre music and artists will be a multi-step process. Once we are able to create a cohesive language and fully understand how to discuss music in the absence of genre-based language, we can begin to shift the way that music is promoted and critiqued. Once the shift occurs in music promotion and critique, I hope that post-genre thinking will slowly begin to spread to audiences and listeners. And once this way of thinking about music gains some traction, I hope that listeners will begin to explore the music that they would have separated themselves from back when we labeled it as “classical.” These shifts could create the draw that post-genre composers need to build their audiences and create a fully successful for-profit post-genre label.