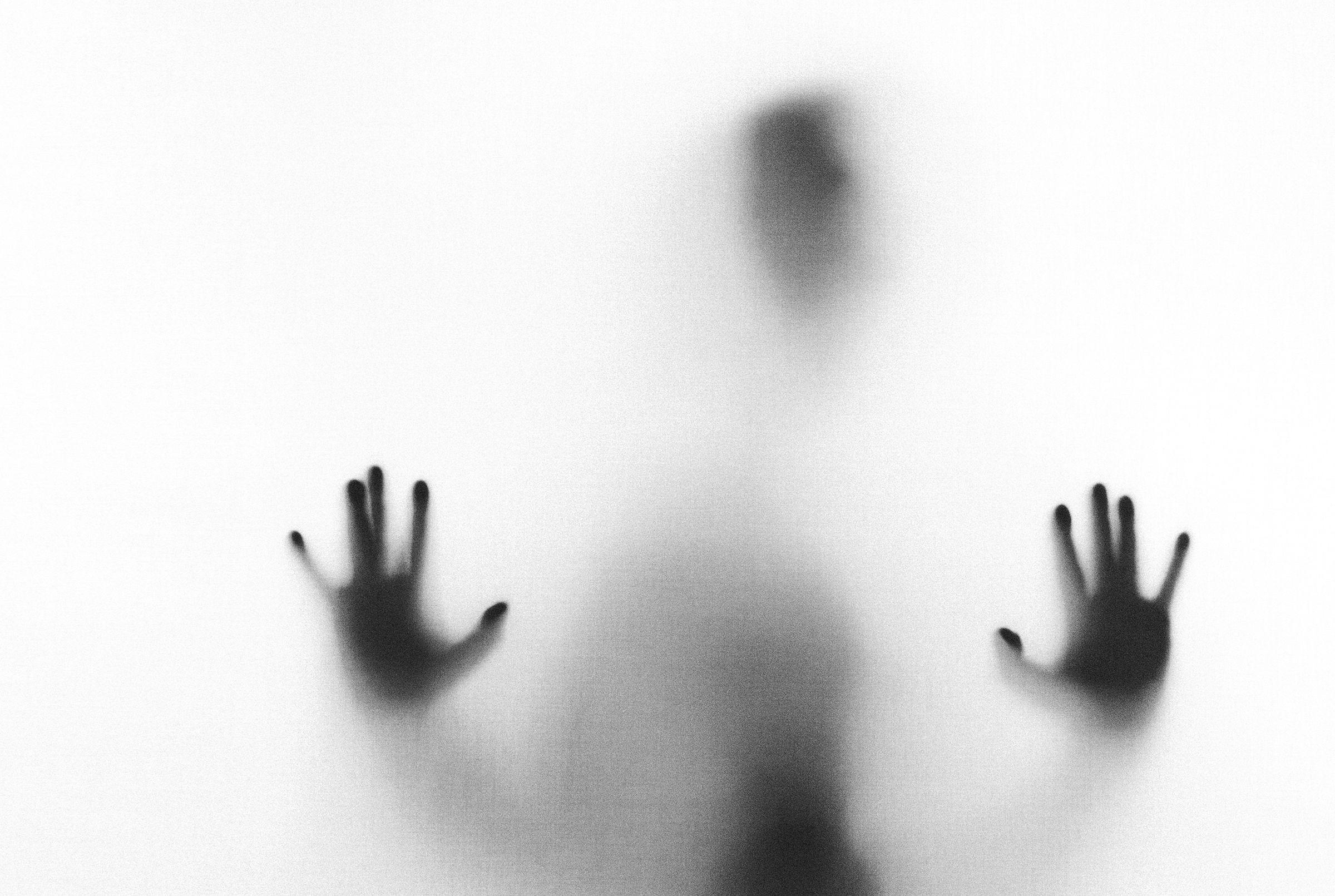 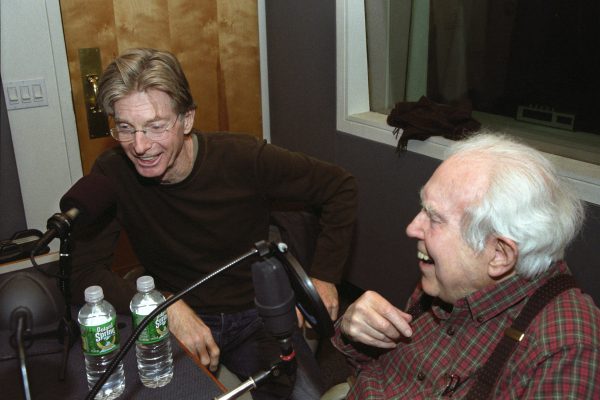 Curious how Elliott Carter, one of our most venerable composers of music for the concert hall, and Phil Lesh, best known as the bass player for the Grateful Dead, ever crossed paths? Though you might not ordinarily connect these two composers, there are some surprising musical links between them, supported by a friendship of many years.

Hear them speak with Sarah Cahill about their shared influences and the personal connections they’ve made through music. 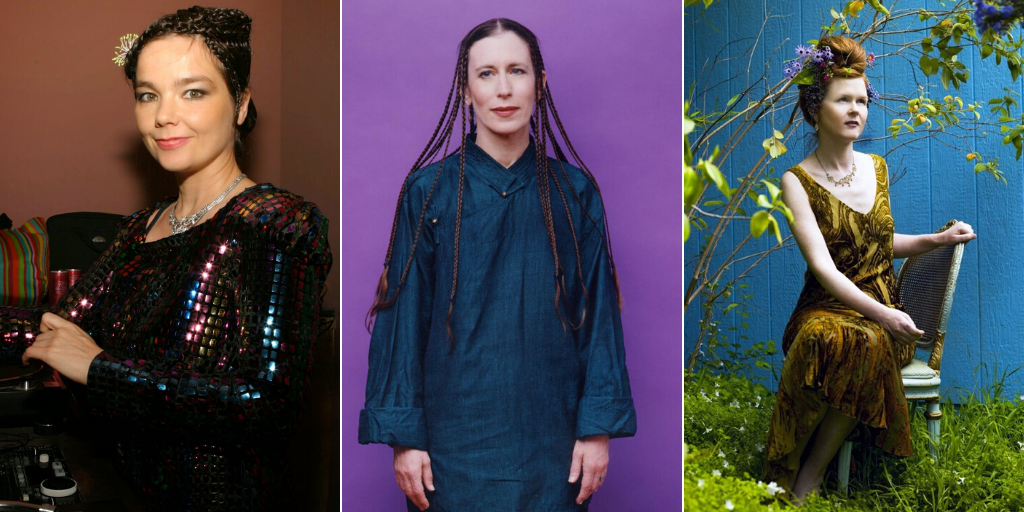 If you go to your local record store, you’ll find Meredith Monk and Björk in completely separate categories, but as you’re about to hear, they’ve got a lot in common. Born a generation apart, both women have gained a reputation for creating adventurous music for the human voice, work that has taken them beyond the concert stage and into the realms of theater, film, visual art, dance, and performance art. Over the course of this hour-long program, these two artists share personal stories and trade ideas about music alongside illustrative samples drawn from their extensive recorded catalogues.

How it happened: It was during her days playing drums in an Icelandic punk band that the then 16-year-old Björk first heard Meredith Monk’s Dolmen Music and was entranced. Years later, after she covered Monk’s “Gotham Lullaby” on a world tour with the Brodsky Quartet, the two women struck up a correspondence, but they never had the opportunity to meet in person. Never, that is, until the American Music Center invited them into the studio to record this special presentation in 2005, hosted by pianist and radio producer Sarah Cahill. 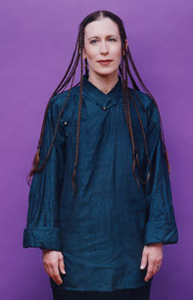 Meredith Monk is a composer, singer, director/choreographer, and creator of new opera, music theater works, films, and installations. A pioneer in extended vocal technique and interdisciplinary performance, Monk creates works that meet at the intersection of music and movement, image and object, light and sound in an effort to discover and weave together new modes of perception. During a career that spans more than 40 years she has been acclaimed by audiences and critics as a major creative force in the performing arts. Monk has received numerous awards throughout her career, including the prestigious MacArthur “Genius” Award in 1995. In 1978 she formed Meredith Monk and Vocal Ensemble to expand her musical textures and forms. She has made more than a dozen recordings, most of which are on the ECM New Series label. Her music has been performed by numerous soloists and groups including The Chorus of the San Francisco Symphony, Musica Sacra, The Pacific Mozart Ensemble, Double Edge, and Bang On A Can All-Stars. 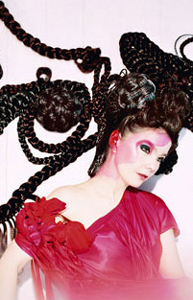 Björk is a prolific singer, songwriter, producer, musician, and actress who has spent most of her life creating music that pushes at the boundaries of pop. Born in Reykjavík, she studied flute, piano, and voice as a child and first gained attention outside Iceland in the 1980s as the lead vocalist of the post-punk outfit The Sugarcubes. When the group disbanded in the early 90s, Björk moved to London, and her first release as a solo artist-the appropriately titled Debut-was an international hit. Two more albums followed, earning her critical praise and a growing fan base. Danish director Lars von Trier cast her as the lead in his film Dancer in the Dark (2000), a performance which earned her the Best Actress Prize at the Cannes Festival. With her fourth album, Vespertine, she pushed further out into experimental pop, adding a chamber orchestra, an Icelandic choir, and harpist Zeena Parkins to her sound palette. In August 2004 she composed and sang “Oceania” for the Opening Ceremony of the Olympic Games in Athens, and her next album, Medúlla had critics on both sides of the pop/classical divide talking about her innovative use of the human voice. Her next album, the percussion-focused Volta, is slated for release in May. 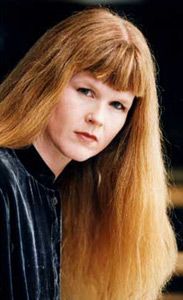 Sarah Cahill is a pianist, music critic, and radio producer. She has hosted a weekly radio show about classical and contemporary music since 1989, first on KPFA and now on KALW, and her program was named “One of the Hundred Best Things about the Bay Area” by Citysearch magazine. She has spoken onstage with composer John Adams for the City Arts and Lectures series in San Francisco, and with pianist Richard Goode at the Metropolitan Museum in New York. Composers who have dedicated works to Cahill include John Adams, Frederic Rzewski, Pauline Oliveros, Terry Riley, Julia Wolfe, Andrea Morricone, and Evan Ziporyn, and she has performed recently in Tokyo, Rome, and Edinburgh.