Austin choral ensemble Conspirare recently received a leadership gift of $1 million from the Kodosky Foundation towards their $2.2 million “A Legacy of Sound” major gifts campaign. This five-year fundraising initiative coincides with Conspirare’s 20th anniversary season in 2012-13.

Austin choral ensemble Conspirare recently received a leadership gift of $1 million from the Kodosky Foundation towards their $2.2 million “A Legacy of Sound” major gifts campaign. This five-year fundraising initiative coincides with Conspirare’s 20th anniversary season in 2012-13. To date, Conspirare has raised a total of $1.5 million with additional support from the Still Water Foundation, Mattsson McHale Foundation, and other donors.

Conspirare artistic director Craig Hella Johnson said, “We at Conspirare are deeply grateful for the generosity of these donors; they are important parts of our circle of music through their friendship and support. We hope many other friends of Conspirare will join them by making gifts of all sizes to this campaign, which will help widen the circle even more.” 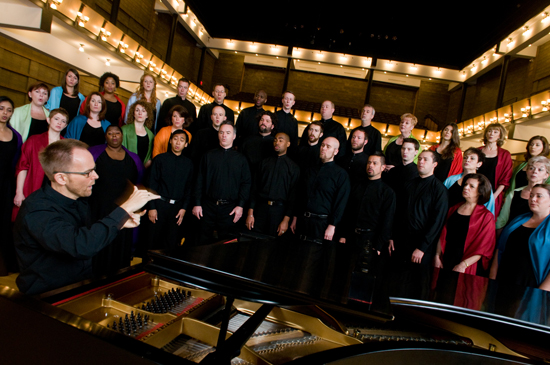 Notable in their plans is a $500,000 Fund for Artistic Innovation “to enable Conspirare to commission more new work from a range of established and emerging composers, explore new uses of technology and multi-media presentations, and develop new approaches to choral performance.” A $1 million expanded recording program will support Conspirare’s future releases and ongoing relationship with Harmonia Mundi, and $375,000 will go towards increased national and international touring efforts. Of this considerable goal, only $125,000 will go towards performance of classic repertoire.

Conspirare will announce details of its 2012-13 20th anniversary season, including the first projects supported by the “A Legacy of Sound” campaign, in early May.