Audio or It Didn’t Happen

Sometimes Marc Weidenbaum records sound: by writing about it. It’s not so much notating it as noting it, unpacking it, coming to understand how it works by investigating how it works.

This is the first in a short series of essays about how sound is inscribed.

It’s a Friday afternoon and the nearby school kids are playing with such ferocity that it seems possible an enhanced interrogation center has sprung up just two floors down from my office window.

Then a loud bell rings. Its waveforms are so thick it’s as if you can see them floating in the misty San Francisco air. The bell is all stately gravitas. Even if you didn’t know that the nearby school is parochial, you’d sense the bell’s churchly vibe.

And then, suddenly, there is silence: Recess has concluded. The bell has marked a juncture. There was a before and now I’m in the after. It’s not utter silence, not the absence of sound, what I’m experiencing now. It’s the sort of silence that traffic and hallway chatter and a neighbor’s music can still, somehow, collectively suggest as silence when the ear is no longer burdened by hundreds of energized children screaming at one another.

I’m struck by the moment. So, I do something that comes naturally to me when something of sonic interest arises. I tweet about it. I tweet about the transition from chaos to peacefulness, summarizing the tonal shift in just under 140 characters.

Before paraphrasing the reply, it might be easier to first characterize the incident by employing a comparison. Perhaps you’re familiar with the phrase “pics or it didn’t happen.” It’s a not uncommon response when someone posts—text-only—something of interest that seems to beg visual documentation, like if you run into a celebrity (“Jonny Greenwood was at the music equipment shop!”) or buy something snazzy (“I finally sprang for a sequencer module for my synthesizer”) or do something tawdry (“Judging by the mess, last night’s jam session involved too much bourbon, too little music”).

As for the response I got to my afternoon tweet—the response I have not infrequently received to such a tweet—it was the audio equivalent of “pics or it didn’t happen.” Essentially I was asked: “But did you record it?”

That’s a complicated question to answer, despite the inquiry’s brevity. The simplest answer is: no. No, I didn’t record it, not with an audio recorder. But I did record it, in the sense that my tidy, brief, Twitter-circumscribed description was consciously intended to encapsulate it.

That’s how and why I record sound: by writing it, inscribing it—not so much notating it as noting it, unpacking it, coming to understand how it works by investigating how it works.

The matter comes down in part to what “it” is. Is “it” the bells, or is “it” the sound of the bells through the window, or the sound of the kids, or the way the kids and the bells worked in congress with each other, or how the bells masked the more detailed nature of the kids walking back into school from the playground, or how when the bells ended the remaining low-key urban cacophony was still, in its own way, peculiarly placid. That’s a lot of “it.” There was a lot packed into the period of time that passed.

And then again, how much time had passed, how long of a hypothetical audio recording are we talking about? Sure the transition could be mapped from a few seconds of screaming kids to a few seconds of street noise with the bell sequence in between—maybe a minute total? However, the impact of those kids screaming had built up over the hours prior I’d been seated at my desk working—in fact, as an experience, the impact had built up over the years I’ve sat at that desk in that room listening and not listening.

An audio recording might have given some glimpse into what I’d experienced, but no more and arguably less than what I’d been able to summarize in my description. 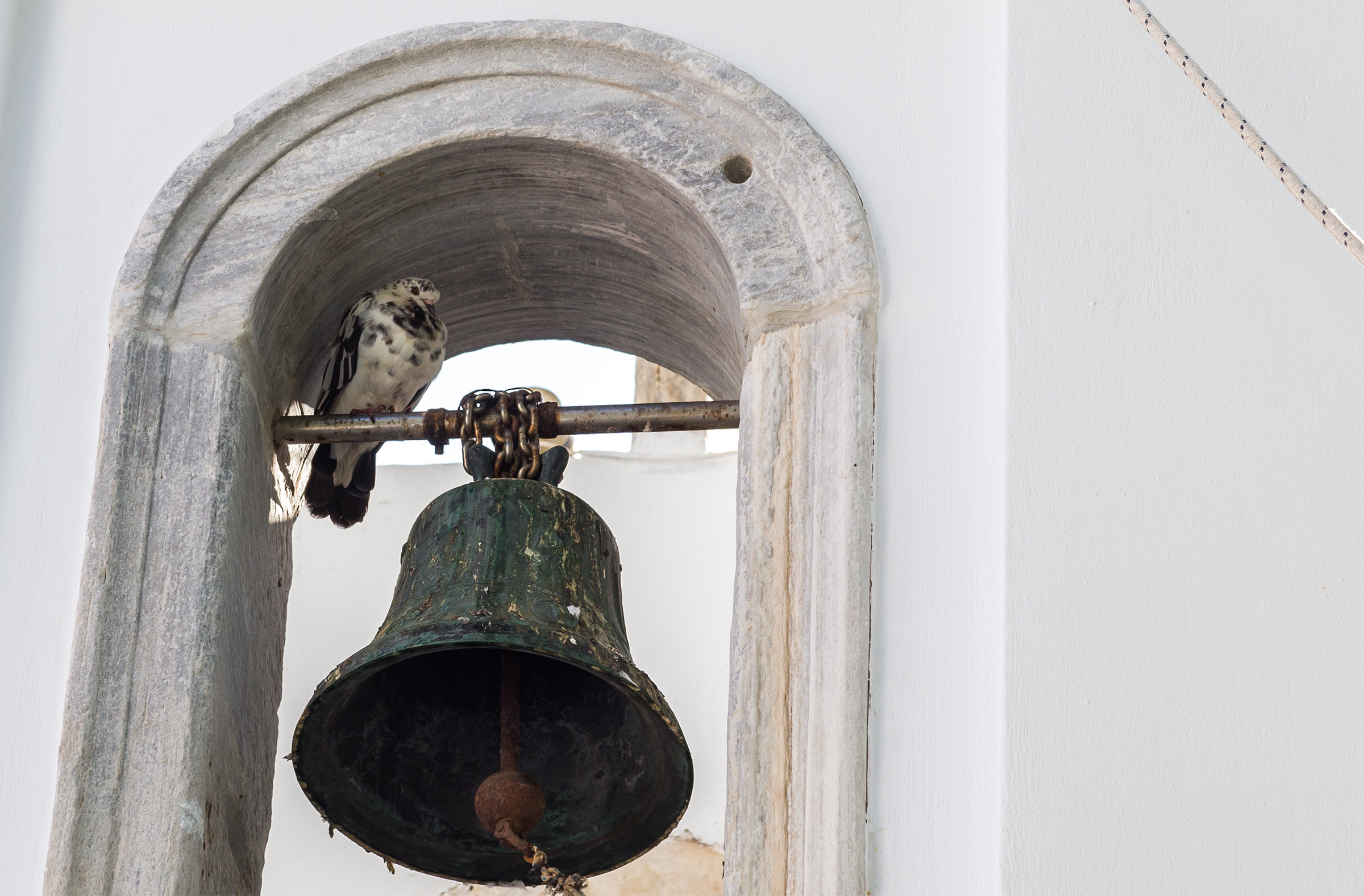 And that’s how and why I record sound: by writing it, inscribing it—not so much notating it as noting it, unpacking it, coming to understand how it works by investigating how it works. I do it a lot, sometimes on Twitter or Facebook, occasionally on Instagram (to caption a photo), sometimes in longer essays or reflections—once as an extended series of mini-essays in which I treated everyday sound as something that one might review, much as one reviews a record or concert. Titled “Listening to Yesterday,” the series ranged from birdsong in a toxic harbor to restaurant kitchen noise to the user interfaces of conference call systems.

As I hoped to express in the slightly longer form of those “Listening to Yesterday” entries, the descriptions of sound in my tweets and my longer-form writing aren’t about description, any more than a record review is about description—well, a good record review. My hope in describing sound is to unpack it. It’s about getting inside the sound, sonically and contextually. The best advice I ever got about reviewing music was to give the reader a suggestion about how to listen to the piece in question, what one might listen for. The same can be said—should be said—about writing about everyday sound. (As I write this I’ve become aware of the fact that I’m writing about the process of describing sound on a social media platform whose name is itself a common instance of onomatopoeia.) Writing differs from sound in key ways. Sound is temporal. Writing, especially pithy writing, can happen in an instant, and yet suggest something of any given length. A tweet of a moment’s sound is both briefer than the occurrence and yet capable of suggesting something altogether longer, even timeless, which is to say something not just about that moment but about similar moments—not just that school day, but many school days at many schools, in and out of the mist, with and without bells, parochial and secular, yesterday, today, and tomorrow.

Sound is temporal. Writing, especially pithy writing, can happen in an instant, and yet suggest something altogether longer, even timeless.

If anything, to reproduce with a recording rather than a description would fall short of my own goals in several ways.

For one, the recording (I have made them) never sounds like what I heard. The ear doesn’t work that way. The ear hears through things, focuses on things, filters out things. That happens in the world as a mix of brain wiring and personal inclinations. Once reproduced as a recording, those varying degrees of attentiveness are flattened: everything becomes evident relative to its respective volume.

For another, if you listened to the recording, you’d likely not hear what I heard—I heard a pulse, but you hear a beat; I heard something soothing, but you hear something antagonizing; I heard children, but you hear traffic. To share the moment in sonic form is to instantiate a Rashomon, to introduce the opportunity for multiple interpretations. My goal in these moments isn’t, generally speaking, to ask what something is; it’s to say what I think it is—and to ask that you say what you think some other moment of sound is.

Finally, my attentive listening in the day-to-day world is almost always a matter of retrospectively acknowledged reflection. That is to say, it’s a matter of “This is something I just heard, and now I will note it down as a means to capture my sense of it.” I couldn’t have recorded it because I hadn’t become conscious of it until it was happening, perhaps even until after it had happened. The only way I could really accomplish what’s asked when someone says, “Did you record it?” is if I had the sort of technology running that Nagra helped innovate, in which I was always recording everything around me, and then at the end of the day could go back to the tape and locate it.

I don’t do that, because recording everything—putting aside matters of surveillance and ethics—is exactly contrary to the reason I summed up the moment in the first place. I’m not looking to reproduce a generality, to document a public moment; I’m looking to hone a specific experience, a private moment.