For composer Andrew Norman, the process of composing feels like a tug-of-war between opposing forces. From start to finish, he is constantly questioning, and pushing back on his own ideas in his efforts to create meaningful musical experiences for performers and for audiences. He revels in the visceral experiences of music making, and thoughtfully challenges performers to bring their own ideas to the interpretation of his music.

For composer Andrew Norman, the process of composing feels like a tug-of-war between opposing forces. From start to finish, he is constantly questioning, and pushing back on his own ideas in his efforts to create meaningful musical experiences for performers and for audiences. Norman talks animatedly about the different personalities that whisper as he works—the “little Modernist guy,” the more laid-back, John Cage-y voice, and even the latent film composer, all of whom fight it out during the creation of a score. That sense of conflict can definitely be heard in the music: skittering, complex textures are slowly engulfed by gigantic, lush, chord progressions; or brash percussion chops off one lyrical phrase after another, never allowing a full melody to emerge. Despite these internal struggles with creativity, which he says have at different times in his life stopped him in his tracks, he also possesses a keen sense of playfulness, reveling in the visceral experiences of music making, and thoughtfully challenges performers to bring their own ideas to their interpretation of his music.

Norman, who calls his career “kind of old school” in that he writes primarily for orchestra and serves as Assistant Professor at University of Southern California Thornton School of Music, claims he loves writing music that sounds a little bit “sloppy,” and that is organized in unusual ways. Non-linear forms such as those encountered in video games serve as important sources of inspiration, and often he will embed an idea within multiple compositions, working it out in different contexts until he feels like it has developed completely enough for use in a large-scale work.

While Norman’s catalog might look a bit traditional at first glance, his attitudes towards orchestras and working with musicians are anything but. He views the orchestra as a community of musicians, rather than as a singular sound-making machine that must be controlled. Often he prefers independent, soloistic behaviors for musicians; he asks them to not fit together, which is quite the opposite of standard orchestra musician behavior. The secret to accomplishing such tasks effectively, he says, is all about the notation on the page, and about how musicians are asked to perform. His descriptions of the kinds of information he shares on the written page sound more like he is facilitating a large group discussion rather than a musical experience (“If you want a musician to make an ugly sound, you have to provide a satisfying reason for why it’s there…”), but the resulting music is energetic and sonically dazzling, as in his large-scale orchestra work Play. Learning to express as clearly as possible his musical ideas in a score, he says, is a lifelong journey, and it’s the motivation that keeps bringing him back to composing for orchestral forces. 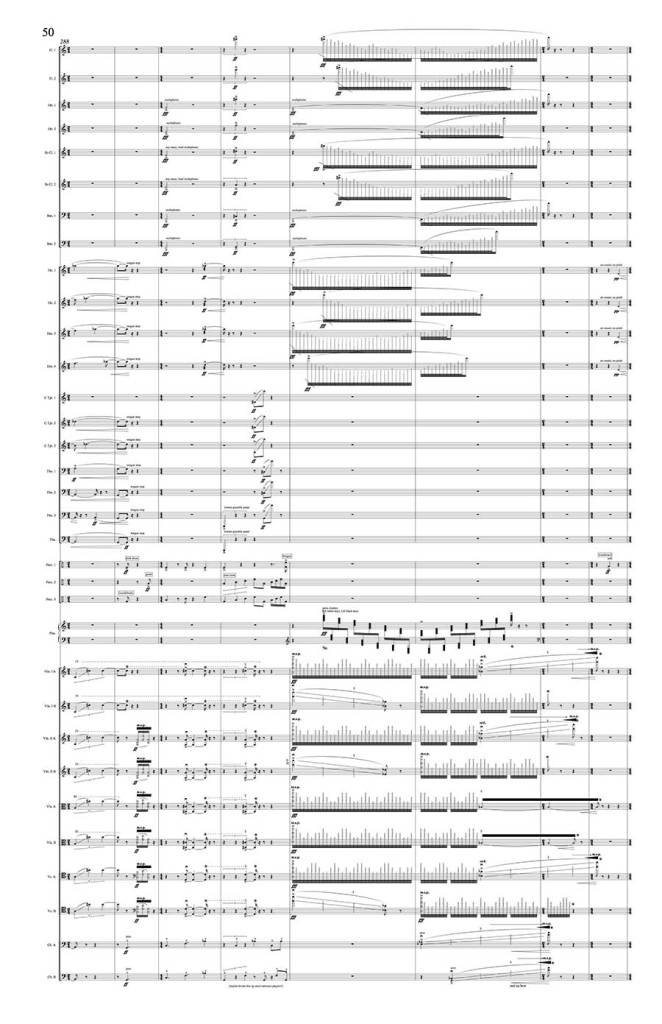 How do you suggest in a piece of music that the next thing that happens doesn’t belong there? And then furthermore, how can you possibly suggest, over the course of a long time span that maybe this thing actually belongs somewhere else, as part of a different story? Or to hear something random happen, and then 30 minutes later recognize that it has come back in a different context? I feel like this is really part of symphonic form. Beethoven does this all the time. Like the random event that has nothing to do with what’s going on right here, and then way later in the form, you get it. That whole idea of planting the non sequitur that is actually going to formally do something in the end is very old in classical music, but has for me elements of this whole non-linear narrative thing. So, that’s an aspect of Play as well.
AG: I love Level 3 of Play especially.
AN: Level 3 is supposed to be the piece without percussionists monkeying it up. Because the percussionists are the ones who are kind of controlling everyone else; turning things on, and turning them off. But Level 3 is supposed to be the orchestra locked in this moment of suspense, and then they gradually form the thing themselves, that they had been trying in all these various ways to get to before. And so finally, here’s a moment that is un-monkeyed. That was my goal with Level 3. So, finally we made it out. 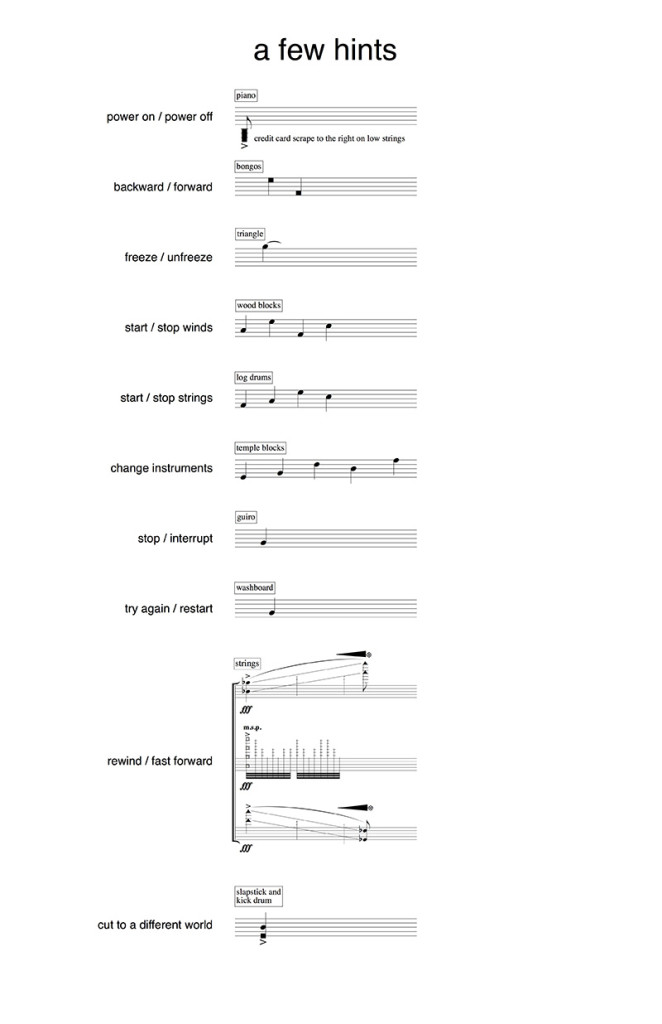