Speaking Together
NewMusicBox
Written By 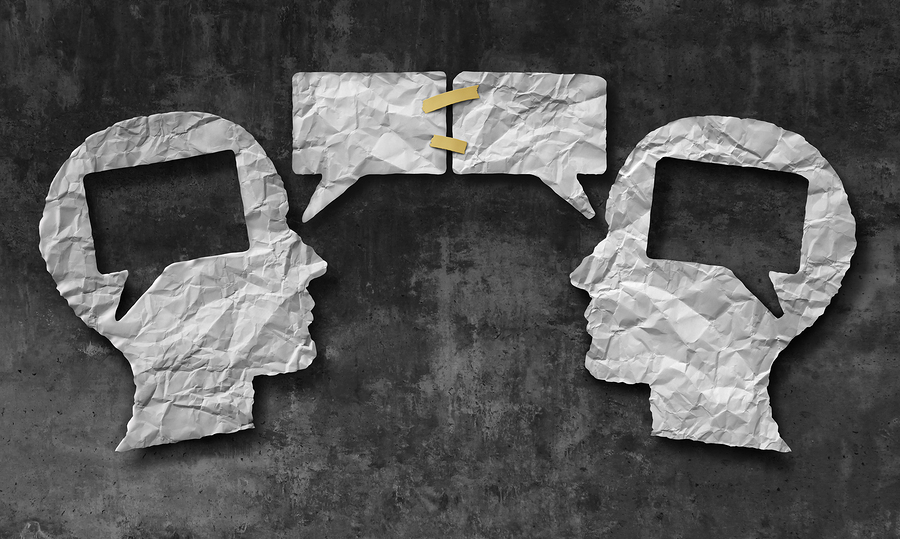 Community is a beautiful thing. It’s been on my mind so much lately, and in such positive ways, that I’ll sometimes find myself in a dreamy state, unable to focus on concrete tasks because I’m so verklempt about everything that this word means to me and the important roles it plays in my life.

I’ve also been asking myself questions that delve a bit deeper into the personal importance of community. Step into my head and think about how these apply to you: First of all, what does community mean? To me, it’s a like-minded group of people who socialize at scheduled OR spontaneous times to share experiences, grow, engage, encourage, challenge, empower, and support one another in verbal or nonverbal ways.

Furthermore, which communities do I belong to? Why are they important to me? What is my role in each one? Does community mean the same thing to me as to other people? What value do they add to my life? How can I impact my fellow community members in positive ways? Though I’m a part of many communities, I realize now that I’ve spent much of my life simply existing and participating in them, but not fully appreciating the innumerable facets of beauty and possibility that they offer.

Various sectors of the Seattle classical and contemporary music community—a big web of talented, daring, artistic people—have been a part of my life since 2008. Initially, I was immersed in graduate school at the University of Washington School of Music, which has many communities within itself. After graduation, it was time to break out of the school bubble and into the “real world” for new performance opportunities. From there, I played with the Seattle Modern Orchestra, newly founded in 2010 by my classmates Julia Tai and Jeremy Jolley, which sparked a bit of a renaissance for Seattle’s new music scene. SMO has since grown significantly and is getting a lot of attention for reaching younger audiences with new music, sometimes in unorthodox venues.

Along the way, Second Inversion (a bit of history in my previous post) has been trying to cultivate and connect the new music community in Seattle and become the “hub.” It seemed like a tall order at first, but one by one, we’ve made connections with composers, performers, and presenters. Our tactics have been straightforward: streaming music and interviews by local artists, live broadcasting select concerts from Town Hall and the UW World Series, co-presenting concerts, and engaging with new music concert-goers by handing out magnets with our logo and spreading our gospel. KING FM’s Community Advisory Board meetings are quarterly open forums for anyone from the community to come and talk about anything they want. Since April 2015, I’ve facilitated the meetings and steered the topics toward new music, and core attendees have been many of these composers, performers, and presenters. Simply getting everyone together in a room for roundtables on a regular basis has made us feel more connected, supported, and open to collaboration.

For example, during a brainstorming session about new ways we can all support one another, the idea of a monthly flyer with new music concert listings for each ensemble to share in their programs emerged. The hope is that audiences will cross-pollinate by gaining awareness of other similar events in an “if you like this, you’ll like these” kind of way. At the end of the meeting, Shaya Lyon of the Live Music Project asked me if Second Inversion would like to collaborate on this, I said yes, and we made it happen. We’re printing and distributing it to the performing ensembles, community boards, and coffee shops all over Seattle, and posting it digitally on our websites and social outlets. We include events ranging from the Seattle Symphony’s [untitled] series to the Racer Sessions (a weekly showcase of original music with a jam session based on the concepts in the opening presentation) to community orchestras delving into new music.

That leads me to a related tangent, because I want to debunk the blanket identity that “community orchestra” often has:  unprofessional, hodgepodge, low-quality, and unworthy. When I realized I didn’t want to be a professional flutist, the thought of playing in a “community orchestra” was a little bit unsettling. Would I be disrespected by fellow musicians who are forging ahead with regular paid gigs and contracted orchestra jobs? I’m ashamed now that I even had those thoughts because of my participation in the Puget Sound Symphony Orchestra, which truly puts the community in community orchestra. Not only do we play our hearts out and deliver excellent performances to 400-600 people at Town Hall Seattle three times per year, we socialize far beyond the small talk and catch-up at weekly Monday rehearsals. A trek to Pies & Pints to share some pitchers, tots, chicken fingers, and extended conversation is a ritual that makes Monday a little less dreadful for most of us.

This big pot of warm, cozy thought soup is thanks to the 2016 New Music Gathering at the Peabody Conservatory, an event that this year focused on the ideologies, configurations, and cultivation of communities. Composers Danny Felsenfeld, Matt Marks, Mary Kouyoumdjian, Lainie Fefferman, and Jascha Narveson organized this face-to-face meeting space for composers, performers, and advocates of new music to mingle, discuss, perform, and encourage one another. Hundreds of people attended and broke out into sessions to discuss scheduled topics like Music and Community Building, How Large Scale Projects Inspire Community, Virtual Communities in New Music, Building New New Music Communities, and more. It was inspiring to learn about projects from nationwide community leaders on the panels, ask them questions, and think of local applications in Seattle, but what struck me the most about NMG2016 was how naturally this group of people meshed with one another in the hallways, at meals, while moving a gamelan, and at the watering holes until the wee hours. It felt like a summer camp where I got to meet a whole bunch of pen pals (e-mail and Twitter contacts) in person for the first time.  My favorite sentiment from the entire conference was from ICE saxophonist Ryan Muncy who described community as a group of peers, equals, with different roles but no hierarchy (artist vs. donor vs. audience member). That simple, humble reminder of humanity is so beautiful and universally applicable.

It’s been about six weeks since NMG and I still feel energized and rejuvenated by these fresh perspectives, and it’s made me more consciously grateful for the new music community in Seattle. Not only do I feel more strongly rooted as a community member, I’m starting to feel more comfortable as a leader and more confident that Second Inversion is truly making a difference. We are only one piece of the puzzle, but I’m more and more hopeful we can be a hub for new music not just in the Northwest, but for the whole West Coast and beyond.