“Affirmation of parentage is the substance of rebellion.” —Harry Partch I’ve never been what you’d call a flag-waving kind of guy. But when it comes to music, I guess I’m pretty darn red-blooded. I’m captivated by Bach. I revel in Debussy and Wagner. And I admire Stravinsky. Still, I’ve never thought of these composers as… Read more » 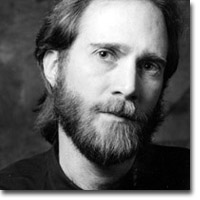 “Affirmation of parentage is the substance of rebellion.”
—Harry Partch

I’ve never been what you’d call a flag-waving kind of guy. But when it comes to music, I guess I’m pretty darn red-blooded.

I’m captivated by Bach. I revel in Debussy and Wagner. And I admire Stravinsky. Still, I’ve never thought of these composers as family.

My musical family tree begins with Charles Ives, and it runs from Henry Cowell and Ruth Crawford, to James Tenney and Pauline Oliveros, to Peter Garland and Lois Vierk.

As a student in the late ’60s and early ’70s, I was a musical omnivore. From gamelan and gagaku to Coltrane and Zappa, I devoured anything and everything I could lay my ears on. In the world of contemporary “classical” music my diet included Xenakis and Ligeti, Stockhausen and Boulez, Messiaen and a host of other Europeans. But it was the music of Feldman and Harrison, Partch, Cage and Nancarrow that spoke most directly to me.

This was an instinctive attraction. It wasn’t until my friend and classmate Peter Garland (who’s definitely not on John Ashcroft’s party list) started publishing the magazine Soundings that I began to sense an emerging tradition of American classical music, distinct from that of Europe.

One of the hallmarks of this tradition is the multiplicity and originality of its voices. The music of these American originals is so idiosyncratically personal as to defy easy knock-offs.

So if it’s not a particular continuity of sound, what is it that characterizes this musical tradition?

Attitude. These composers have all been dedicated to relentless experimentation, and to following their own individual paths.

My studio library contains well-worn copies of Cowell’s New Musical Resources, Partch’s Genesis of A Music, and Kyle Gann’s The Music of Conlon Nancarrow, which I turn to for information and inspiration on matters of theory and practice. For aesthetic provocation and cultural context, I consult Cage’s Silence, Harrison’s Music Primer (which contains a good measure of practical theory, too), Garland’s Americas and In Search of Silvestre Revueltas, and Gann’s essays and columns for The Village Voice.

In my own music, the inheritance from my musical family includes:

from Ives – a geographic sense of space, with multiple events occuring independently in time.

from Cowell – the harmonic series as the foundation of music, and an ideal of music in which pitch and time share the same harmonic relationships.

from Nancarrow – realization of Cowell’s unified field in multiple streams of time, and visceral planes of sound.

from Cage – music as ecology, inseparable from life.

from Oliveros – the discipline of listening, always.

from Tenney – the unity of sound and form.

from Young – the mysteries of prime number relationships and the beauties of higher reaches in the harmonic series.

How about you? What’s your musical geneaology?

Do you identify with a specific musical tradition? Is there anything particularly American about the music you love, or the music you make?