Alone At The Top: What Conductor Susanna Malkki’s Success Means—and What It Doesn’t

Conductor Susanna Malkki leading the Chicago Symphony felt like a massively successful non-event. A woman was on the podium, and everything seemed to be in order. But while Malkki is unquestionably a master, she is also, statistically, a unicorn. 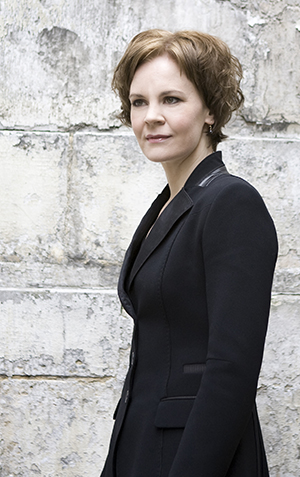 Watching Susanna Malkki conduct the Chicago Symphony was moving in an unexpected way. It was moving in the way that I imagine the Northern Lights might be moving, or the Great Pyramids. It was like seeing a natural phenomenon that I had heard about, read about, but never actually observed in the flesh. My God, I thought to myself, like a pilgrim who has finally arrived at the holy site. So this is what it’s like!


I have been a musician for twenty years, and before Tuesday night, I had never seen a woman conduct a great orchestra. And unless you count the string teachers in my public schools, I’ve never worked with a woman conductor myself.

So I suppose it makes sense that every time Malkki presided over a roaring crescendo during Tuesday night’s Chicago Symphony concert, I felt a rush of unexpected emotion. Because, for all my years of playing, the sound of an orchestral crescendo has been associated with the sight of a man’s body on the podium. For my entire life, the sounds of timpani and brass seemed to be born exclusively from the waving of a man’s arms. But I now have living proof that this isn’t the case. And it matters.

Malkki’s program—Debussy’s La Mer, the Stravinsky Violin Concerto with Leila Josefowicz, Thomas Adès’s …and all shall be well, and Sibelius’s suite from The Tempest —was one of the most interesting of the CSO’s season. The young couple next to me were excited, enthusiastic, and fully engrossed in the concert.
“She’s only the second female conductor I’ve ever seen,” the woman said after the Sibelius.
“Yeah. Besides Marin Alsop,” her date replied. There was a long pause.

“That’s so cool, though,” the girl said in a hushed and excited voice. “She’s really good.”
Malkki is really good. She has an alert, intense podium presence and a clear and lively technique. For much of the program, her touch was perceptibly light; her years in the collaborative environment of Ensemble Intercontemporain were evident. Malkki allowed the orchestra to play. They seemed relaxed; principal string players often smiled at her as she cued their entrances. The Stravinsky in particular was transparent and enthralling: there was a sense of absolute assurance between Malkki, Josefewicz, and the orchestra.

At intermission, I circulated in the lobby, hoping to overhear an interesting comment or two about Malkki. But her presence felt like a massively successful non-event. Response to the Stravinsky was overwhelmingly positive. People were drinking champagne. A woman was on the podium, and everything seemed to be in order. 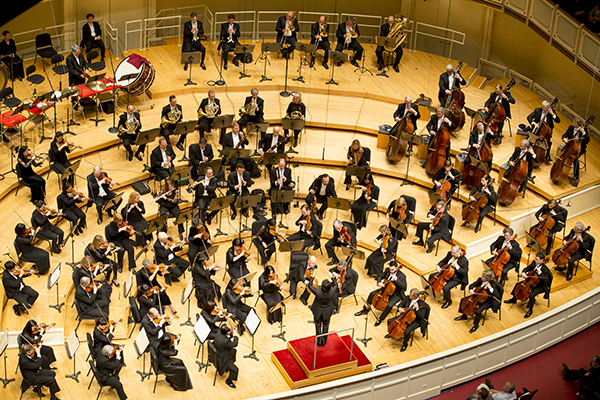 It is a testament to Malkki’s prodigious gifts that Chicago’s music critics wholeheartedly embraced her return to the CSO stage as they did her 2011 debut: with barely a whisper about her gender. Their focus, rightly so, was on the clarity and focus of her interpretive work and leadership. But I have no interest in pretending to be gender-blind. Malkki is unquestionably a master; she is also, statistically, a unicorn. In 2011, she became the first woman ever to conduct at La Scala; she remains the only woman who has. There is no sense in attempting to remove Malkki from her context: she is a brilliant musician who has rightly risen to the top of her profession, in spite of obstacles placed in her way by classical music’s persistent gender problems.
Alex Ross recently wrote about Marin Alsop breaking another glass ceiling at the Proms, and his welcome attention to the issue generated some thoughtful responses. But I find that the discussion over female conductors is often rife with false dichotomies. While one person despairs over how few female conductors there are, another protests that there are plenty and shows off a long list of them. While one person can point to misogynistic comments and despair, someone else can point to artists like Malkki and brightly insist that times are changing.

We could go down a rabbit hole of cultural differences, too. Why is it, for example, that fully half of the recently accepted conducting students at the Sibelius Conservatory in Malkki’s native Finland are women, while female doctoral conducting students remain a stubbornly small minority in the US?

Perhaps the most useful thing we can do as a society, and as a musical community, is to examine the causes of women’s low participation in conducting. Alex Ross’s most astute recent observation is that “the art of conducting is wrapped up in mythologies of male power.” At the moment, conducting and maleness seem almost inextricably linked. They aren’t, of course—but the deep historical and sociological bond means that women conductors may face subtle and complex challenges in rising to the top of the field.

As recent research out of Rutgers University shows, when women succeed at “male gender-typed tasks,” they are usually met with negative reactions that adversely affect their careers. We must also remember that there’s a likability tax paid by every successful professional woman. And in a music director role–on the podium, in the press, and at meetings with donors—likability is an extremely important factor.

Another major factor is the difficulty that female aspiring conductors may have finding role models and mentors who resemble them. A study from the University of Toronto, titled “Someone like me can be successful,” indicates that young women’s self-assessment is deeply impacted by the presence of a successful female role model. Without accessible role models, many young women literally cannot envision a life in conducting; for this reason, many talented potential conductors may never even consider the possibility.

Once a woman finally gets to the podium—no small thing in itself—we would also do well to consider sociologist Rosabeth Kanter’s research on tokenism in professional life. While the word “token” has some negative associations, Kanter used the term to refer to a minority that comprises less than fifteen percent of a workplace. Kanter’s work indicates that if you are a token minority—which women in high-level conducting absolutely are—you will endure three difficult conditions. First, you will be subject to unusually high scrutiny; second, you will have stereotypes attributed to you; third, your individuality will be compromised, and you will be viewed as a representative of the minority group.

So when the thought popped into my head that I didn’t care for the jacket Malkki was wearing, that was a perfect example of unusually high scrutiny. When we posit that female conductors are more collaborative and gentle than their male counterparts, this is a perfect example of attributing stereotypes to them. And when we conflate Malkki, Alsop, and Falletta—or even when we praise Malkki as evidence that “women can do this”—this is a perfect example of compromising the individuality of each artist, forcing them instead to Represent Women, to carry the mantle of Woman Conductor.

So in this thorny and difficult context—which we must acknowledge and actively fight against, in order to make things better—the example of Susanna Malkki is indeed a bright light.

This past Tuesday night she became, for me and probably for hundreds of other women in the audience, a role model. She steered expertly through the dangerous waters of programming, demeanor, wardrobe. She illuminated the music. She made us feel that success was possible for “someone like us.” And then, I imagine, she boarded a plane and flipped open a score, on her way to do it all again somewhere else.